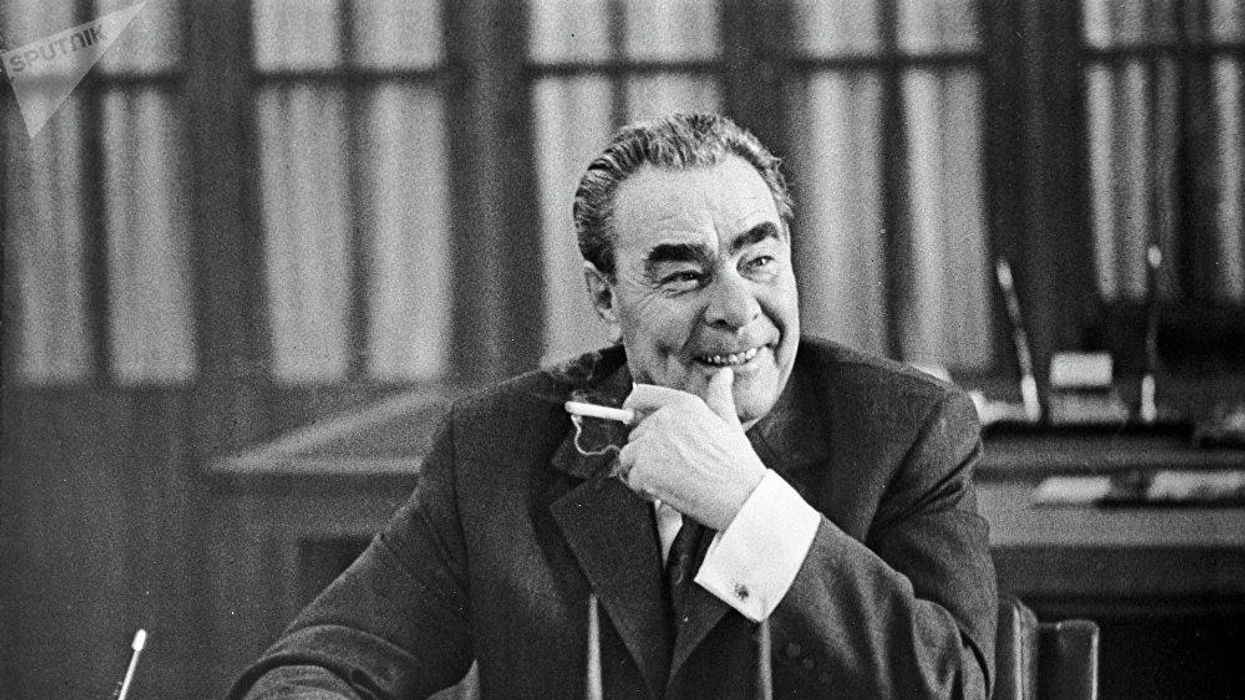 Many Never Trump conservatives were hoping that after former President Donald Trump left the White House on January 20 and President Joe Biden entered the White House, the Republican Party would abandon Trumpism and return to a more traditional conservatism. Instead, the GOP has doubled down on its extremism; even Rep. Liz Cheney — arch-conservative daughter of former Vice President Dick Cheney — is being slammed as a RINO (Republican In Name Only) by Trumpistas. Never Trumper Tom Nichols examines the state of the Republican Party in an article published by The Atlantic on February 25, arguing that the 2021 GOP is — like the Soviet Communist Party circa 1978/1979 — destined for collapse.

"The Republican Party has become, in form if not in content, the Communist Party of the Soviet Union of the late 1970s," the conservative Nichols laments. "I can already hear the howls about invidious comparisons. I do not mean that modern American Republicans are communists. Rather, I mean that the Republicans have entered their own kind of end-stage Bolshevism, as members of a party that is now exhausted by its failures, cynical about its own ideology, authoritarian by reflex, controlled as a personality cult by a failing old man, and looking for new adventures to rejuvenate its fortunes."

In the late 1970s, Nichols explains, the Communist Party of the Soviet Union — under the leadership of Leonid Brezhnev — was "a spent force" run by "party ideologues" who stubbornly clung to Marxist-Leninist dogma. Brezhnev's cronies, Nichols recalls, considered him a "heroic genius."

"Members of the Communist Party who questioned anything, or expressed any sign of unorthodoxy, could be denounced by name, or more likely, simply fired," Nichols notes. "They would not be executed — this was not Stalinism, after all — but some were left to rot in obscurity in some make-work exile job, eventually retiring as a forgotten 'comrade pensioner.' The deal was clear: pump the party's nonsense and enjoy the good life, or squawk and be sent to manage a library in Kazakhstan. This should all sound familiar."

Just as the Marxist-Leninist ideologues of the late 1970s rallied around Brezhnev, Nichols argues, the Republican Party of 2021 is rallying around Trump.

The Soviet Communist Party didn't collapse in 1978 or 1979, but it did collapse in the early 1990s — even Mikhail Gorbachev's glasnost reforms of the 1980s couldn't save the Soviet Union, which no longer exists. Modern-day Russia is now ruled by a right-wing authoritarian, President Vladimir Putin, and embraces crony capitalism and corporate oligarchs rather than communism. And according to Nichols, the Republican Party of the United States is, like the old Soviet Communist Party, terminally ill.

But the more marginal the GOP becomes in the months ahead, Nichols predicts, the more dangerously authoritarian it will become.

"A dying party can still be a dangerous party," Nichols warns. "The Communist leaders in those last years of political sclerosis arrayed a new generation of nuclear missiles against NATO, invaded Afghanistan, tightened the screws on Jews and other dissidents, lied about why they shot down a civilian 747 airliner, and, near the end, came close to starting World War III out of sheer paranoia. The Republican Party is, for now, more of a danger to the United States than to the world. But like the last Soviet-era holdouts in the Kremlin, its cadres are growing more aggressive and paranoid."

In 2021, Nichols laments, the GOP has passed the point of no return and can only sink deeper and deeper into the abyss.

"Another lesson from all this history is that the Republicans have no path to reform," Nichols writes. "Like their Soviet counterparts, their party is too far gone. Gorbachev tried to reform the Soviet Communist Party, and he remains reviled among the Soviet faithful to this day. Similar efforts by the remaining handful of reasonable Republicans are unlikely to fare any better. The Republican Party, to take a phrase from the early Soviet leader Leon Trotsky, should now be deposited where it belongs: in the 'dustbin of history.'"