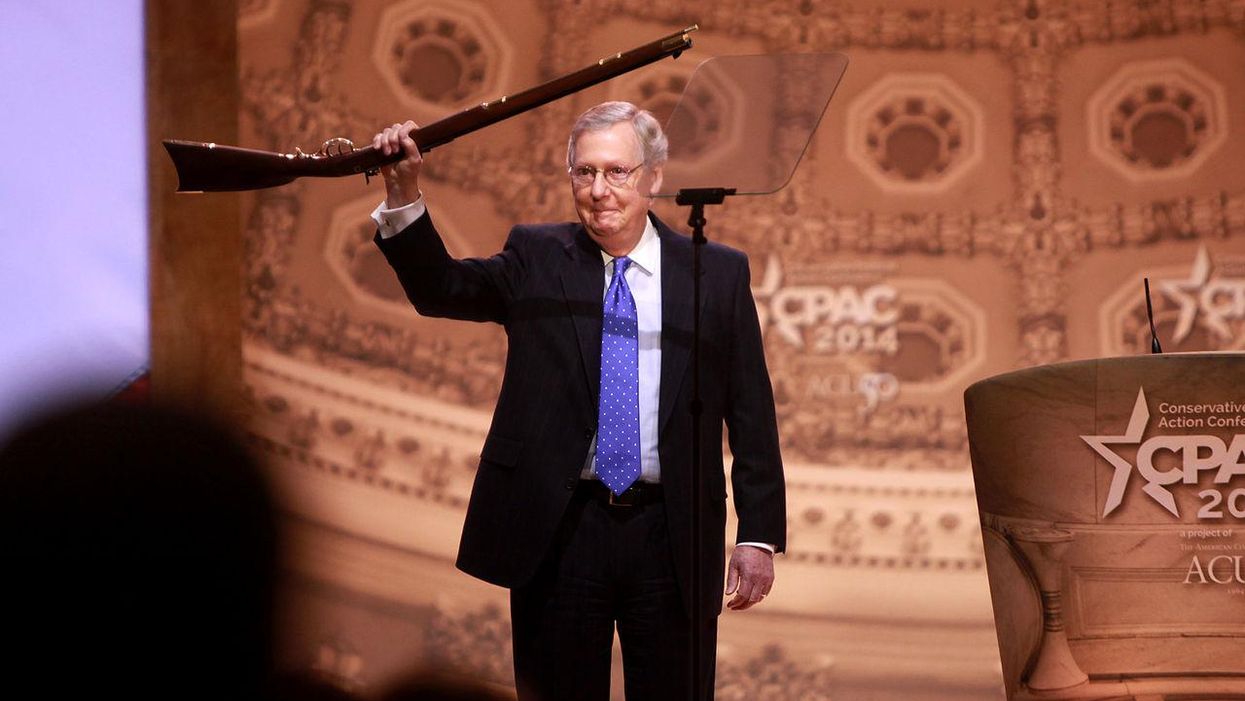 Sen. Mitch McConnell speaking at CPAC 2014 in Washington, D.C., Gage Skidmore
Tom Boggioni
and
Raw Story
February 14, 2021
Speaking with host Abby Phillip on Sunday morning, former Rep. Charlie Dent (R-PA) said the Republican Party is likely to descend into turmoil following the end of Donald Trump's impeachment trial as the various factions with the party battle with each other over the future of the post-Trump party.

According to Dent, the GOP is in "a really bad spot."

Jumping off from comments made by former Trump administration official Nikki Haley throwing the ex-president under the bus in a bombshell Politico interview, Dent complimented her for pointing out the elephant in the room.

"No question that Nikki Haley seems to be conflicted about where the party should go," Dent told the CNN host. " I'm glad that belatedly she has come around and acknowledged what many of us have been stating for some time: that we are tired of the cronyism, denialism, nativism and those who are advocating this instability."

'"I think going forward a lot of us don't want this a period to be led by those who are handmaidens to the big lie and to the insurrection," he continued. "This party cannot be about instability and insurrection and we need to get back to a center-right agenda. I think this is much bigger than policy at the moment. Our objective now is to clean up the Republican Party and make it something that we can be proud of again, but right now we are in a very bad spot."

"I mean, how do you have a party where you have Liz Cheney and Adam Kinzinger and Mitt Romney and Pat Toomey and then you have the Marjorie Taylor Greene wing who are advocating these QAnon conspiracy theories and other types of radical extremists who showed up at the insurrection on January 6th," he suggested.