Rush Limbaugh, who has died of lung cancer, was bombastic, influential — and often engulfed in controversy 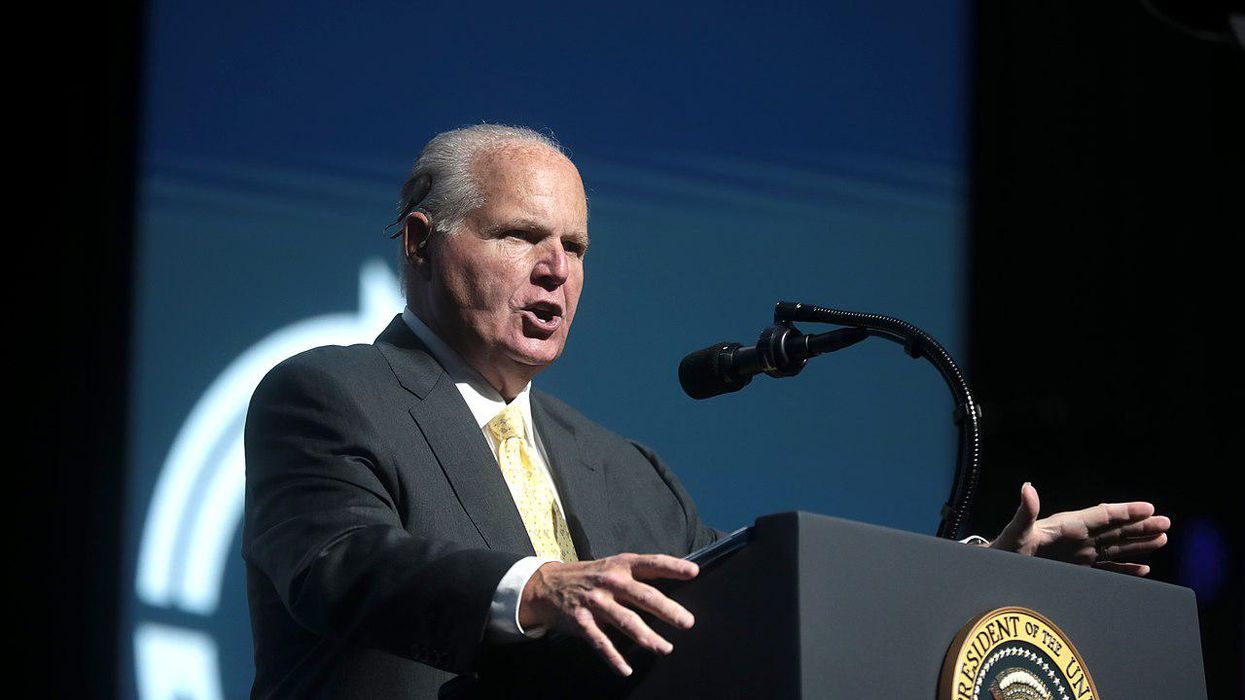 Far-right talk radio host Rush Limbaugh has died of lung cancer at the age of 70. Limbaugh's wife, Kathryn Limbaugh, made the announcement on his radio show on February 17.

On February 3, 2020 — the day before then-President Donald Trump gave him the Presidential Medal of Freedom — Limbaugh announced on his radio show that he was suffering from advanced lung cancer but would continue to host his program. A former cigarette smoker, Limbaugh spent years denying that cigarettes were harmful — and he smoked cigars as well.

Limbaugh was a highly influential figure in the right-wing media, as well as a divisive and controversial one. Before Limbaugh rose to prominence in the late 1980s and early 1990s, the best known conservative pundits in the United States included columnist George Will and National Review founder William F. Buckley — both of whom often disagreed with liberals and progressives vehemently but were still capable of having polite conversations with them.

Limbaugh went way beyond Will or Buckley, often painting liberals and progressives as people who had a deep, fundamental hatred of the United States. The radio host coined the word "feminazi" to described feminists, and he often railed against conservatives he considered insufficiently conservative — including the late Sen. John McCain.

Before the rise of Limbaugh, there were other media figures who approached right-wing punditry as over-the-top entertainment — for example, the late Wally George. But Limbaugh, more than anyone, brought that bombastic style of punditry to the forefront and helped pave the way for an army of overbearing far-right pundits, including author Ann Coulter and Fox News hosts such as Sean Hannity, Laura Ingraham and Tucker Carlson.

Although he had a major influence on Fox News and its cable news competitors — including One America News and Newsmax TV — Limbaugh never really made the transition to television. Limbaugh's television program of the early 1990s didn't have the impact that Fox News and Fox Business would later have, but his radio program maintained millions of listeners.

Limbaugh was engaged in controversy after controversy over the years. In 2003, Limbaugh took a break from his radio program because of his addiction to OxyContin — which his critics found ironic in light of the fact that he had spent years promoting the War on Drugs and calling for harsh, draconian sentences for drug offenses.

Another Limbaugh controversy came during the Barack Obama years when, in February 2012, he described activist Sandra Fluke as a "slut" and a "prostitute" for saying that health insurance should cover birth control — a hateful misogynist attack that led to boycotts of his show and caused him to lose advertisers. Regardless, the show continued and maintained a huge following.

Fluke, upon hearing of Limbaugh's cancer diagnosis in February 2020, wished him a speedy recovery but added that cancer patients in general — not just millionaires and billionaires — should have access to quality health care.

In 2006, Limbaugh infamously ridiculed actor Michael J. Fox, who was suffering from Parkinson's disease, and mocked his debilitating symptoms.

One of the most controversial things about Limbaugh was his tireless defense of cigarette smoking. In April 2015 — after years of making the false claim that second-hand smoke was harmful — doubled down on that position, insisting, "Smokers aren't killing anybody." Limbaugh told listeners, "I'm just saying there ought to be a little appreciation shown for them, instead of having them hated and reviled. I would like a medal for smoking cigars, is what I'm saying."

According to the American Lung Association, smoking is not the sole cause of lung cancer but is, hands down, the #1 cause in the United States — where it accounts for 90% of lung cancer cases.

In 2011, Limbaugh argued that smokers deserved the Congressional Medal of Honor.

"I have long maintained that smokers deserve our gratitude," Limbaugh said. "In fact, I think somebody should be chosen, and a smoker should be given the highest medal that this country gives out. Whatever it is. The Medal of Honor? If not that, the Congressional Medal of Honor. Smokers are being told horrible things about themselves. They are being told they are rotten to the core, they are despicable. And yet, they alone, practically, are funding children's health care programs."