The incredibly smart politics of the Democrats' $3,600 child credit 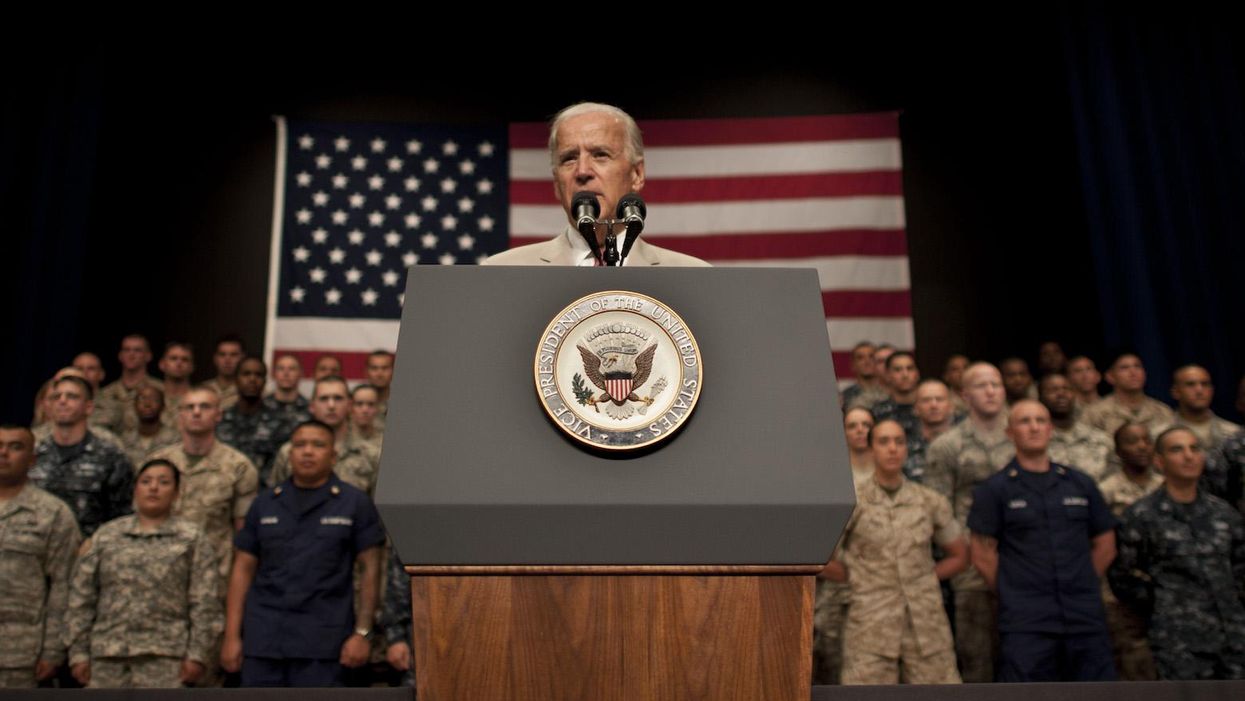 In a stunningly ambitious and smart move, Democrats have proposed a child credit of $3,600 for children under the age of 6, and $3,000 for children up to the age of 17. The hope is to make it a permanent plan, structured as monthly payments, and would be means-tested to phase out starting at $75,000 for a single filer, and $150,000 for joint earners. Utah Sen. Mitt Romney has proposed a similar plan, increasing chances of a bipartisan agreement on the credit. (His plan even does the smart thing and sends the cash to everyone, to make things simple, and recaptures payments to high earners at tax season.)

On the policy side, this child credit would be perhaps the single most economically impactful possible action, cutting child poverty in half.

But here's the thing, not only is this brilliant policy. It's even more brilliant politics as we head into the 2022 and 2024 election cycles.

According to the Bureau of Labor Statistics, 40% of all families have children under the age of 18, or 33.4 million families. Two-thirds of American households earn less than $75,000, and just shy of 80% make less than $150,000, meaning that a solid majority of households with children will be impacted by this credit.

Parents are getting free money.

Now picture the 2022 and 2024 campaigns—Democrats (and non-asshole Republicans) can run on delivering that money to parents. And more importantly, they can run on Republicans trying to take that money away. Campaign messaging doesn't get simpler than this.

Conservatives have two main public arguments against the child credit. They claim that it would incentivize lower earners like single mothers from working more, as if staying home taking care of kids is inherently bad. They argue that it would blow up the deficit, which they can stuff it. Any conservative argument based on the size of the deficit is inherently bad faith until they themselves introduce legislation reversing their irresponsible tax cuts for billionaires, not to mention rein in Pentagon spending. If they want to be taken seriously as deficit hawks, they can act the part.

Both of these arguments lack substance, and really, they're not trying. Conservatives are merely resorting to their old worn framework arguments to pretend to object on substantive grounds: There's their old appeal to racism ("welfare mothers!"), and their claims of Democratic fiscal irresponsibility. It's all rote and half-assed, and that's because they don't want to talk about their real reason for opposing the child credit—a child credit that would dramatically help their core, poor, rural, white constituency.

In short, Republicans don't want voters to have to chose between them and $3,000-3,600 per year, per child. That's a choice that will cause even the most brain-addled QAnon conspiracy theorist to think twice when voting. And given a base that is largely exiting the electorate (they are old and dying off), Republicans can't afford to lose more ground among younger generations of white voters.

For traditionally low-performing core Democratic constituencies like Black and Latinos, it's no longer a question of "what have you done for me lately" that breeds voter non-performance and apathy. It's clear what's at stake: monthly checks for parents. It can also help blunt any lasting Republican gains among these voters.

If played right, the child tax credit could be the issue for 2022, just like health care dominated the 2018 campaign and led to a Democratic wave election. If Democrats want to buck the traditional losses suffered by the party in the White House in its first midterm, it'll need to be on the offensive. Pointing to Rep. Marjorie Taylor Greene won't get people excited to vote for Democrats. Pointing to free money will.

Of course, Democrats being Democrats, they don't have this quite right. They insist on means-testing it at the source, meaning high earners won't get a check. Problem is, the IRS doesn't know if you are a high earner this year. Maybe you were killing it until the pandemic crushed your business. Or you bucked the macro trends and had a gangbuster year amidst an economic calamity. The IRS only knows what happened in 2019.

And even after taxes are filed this year, and the IRS has a more updated picture, it won't know if you had a new baby or adopted a child until next year. Meanwhile, people's financial situation will continue to shift irrespective of the tax filing schedule. Meanwhile, the overworked IRS would have yet another administrative headache after years of being starved for funding. And you know what happens when people don't get their check, or it's the wrong size? People get angry, undercutting the policy side, yes, but also the political benefits.

Simplicity works in messaging. Send everyone a child credit. If someone makes too much money, claw it back during tax season. Set the income threshold high so that if someone gets an overpayment they don't really notice it. If they notice it, the threshold is too low. And then create a robust safe harbor for edge cases to avoid the sort of debt collection nightmares seen in other countries, as documented in this Twitter thread.

"There is something symbolically important about this being a universal child benefit," said Sam Hammond, a policy expert at the conservative Niskanen Center who wrote Romney's plan. "Overall, Neal's plan would be, unequivocally, a massive win against child poverty. But it could do more to clean up the administrative complexity of the current system by making the payment universal."

(To be clear, the Romney proposal eliminates other poverty programs like the Earned Income Tax Credit, so I'm not advocating for it, just the part that eliminates means testing up front.)

Still, even if the complicated and cumbersome means testing survives, this child credit is a stunning validation of Democratic governance, delivering real tangible benefits to the people who put their faith and money and blood, sweat, and tears into the last two election cycles. And they're setting themselves up nicely for the next two election cycles.

Because we might wish that voters voted on Q craziness, or climate change, or immigration reform, or social justice, or any of the other myriad issues that drive our activism here at Daily Kos. But in the end, Democrats will get far more traction by merely sending them a check in the mail.

Oh, and Donald Trump set the precedent: Put Joe Biden's name on them, really big.
From Your Site Articles
Related Articles Around the Web
Report typos and corrections to: feedback@alternet.org.