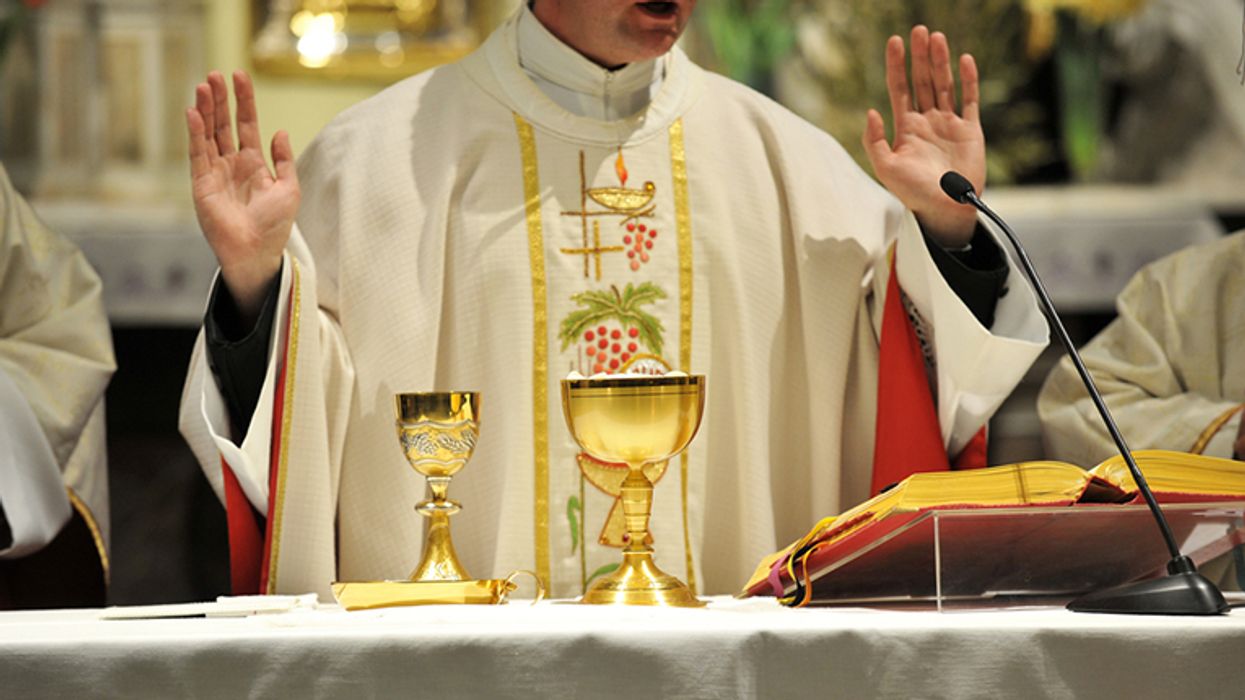 Royalty-free stock photo ID: 462646417. Golden chalices on the altar with priest in the background.
Catholic missionaries are evangelizing on college campuses — and trying to present the Church as relevant and 'cool'
Meaghan Ellis
February 04, 2021

The Catholic diocese sat on billions of dollars while taking taxpayer aid from the U.S. government's Paycheck Protection Program (PPP), according to an Associated Press report.

The AP's assessment of the data released by the U.S. Small Business Administration indicates that the Roman Catholic Church serves as the "biggest beneficiary of the paycheck program" as "nearly 200 dioceses, where bishops and cardinals govern, and other Catholic institutions received at least $3 billion."

At the onset of the coronavirus pandemic, many dioceses across the United States applied for PPP funding despite having substantial amounts of cash on hand. In fact, as part of the diocese's financial report last fall, Bishop Peter Jugis commended the diocese for its "good financial health."

"I am gratified to report the overall good financial health of the diocese despite the many difficulties presented by the Covid-19 pandemic," Jugis wrote.

The publication also offered financial examples of dioceses in multiple states. Despite the pandemic, many did not suffer substantial losses that would require the amount of funding received.

In Kentucky, funds available to the Archdiocese of Louisville, its parishes and other organizations grew from at least $153 million to $157 million during the fiscal year that ended in June, AP found. Those same offices and organizations received at least $17 million in paycheck money.

The Kentucky Archdiocese's financial statement also confirmed operations had "not been significantly impacted by the Covid-19 outbreak." In the state of Illinois, "the Archdiocese of Chicago had more than $1 billion in cash and investments in its headquarters and cemetery division as of May, while the faithful continued to donate "more than expected." However, Archdiocese of Chicago's "parishes, schools, and ministries" still managed to secure approximately $77 million in funding.

In North Carolina, things were similar for the Raleigh Archdiocese. The publication reported that "the Raleigh Diocese collected at least $11 million in aid. Yet during the fiscal year that ended in June, overall offerings were down just 5% and the assets available to the diocese, its parishes and schools increased by about $21 million to more than $170 million"

It also confirmed that the archdiocese had a $10 million line of credit that remained untouched despite the pandemic.