The Proud Boys and Black Lives Matter clashed in this Florida town — and only BLM faced charges: report 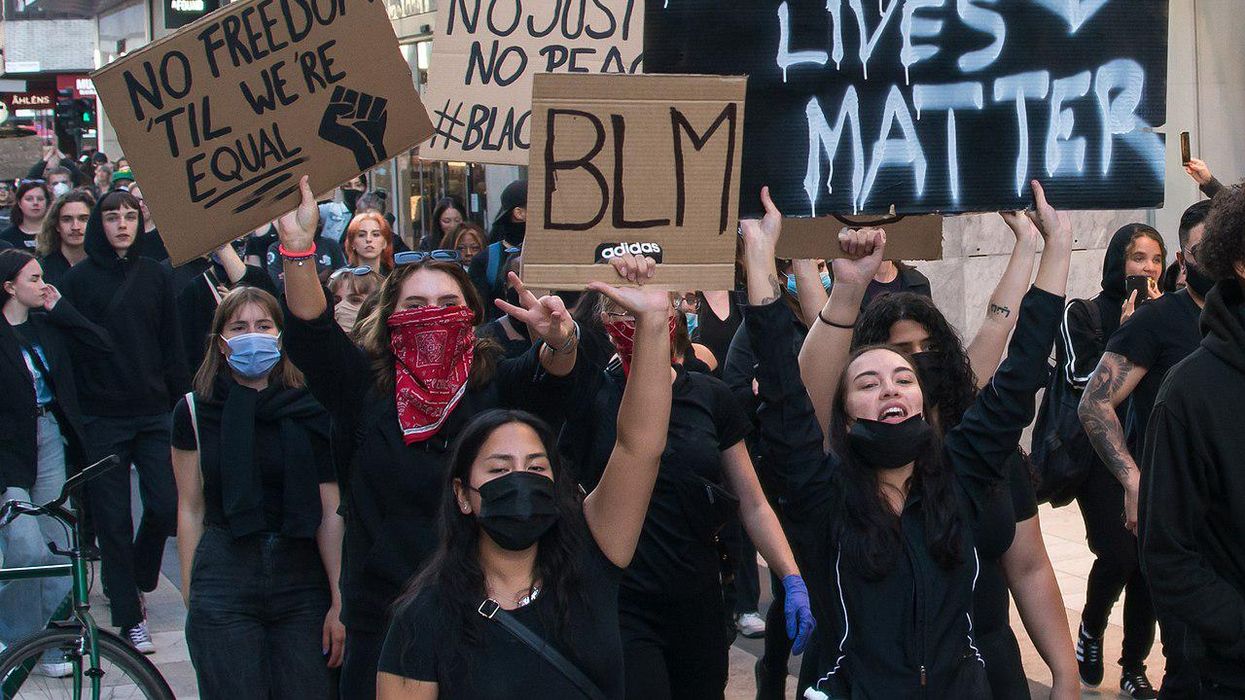 Some members of the far-right Proud Boys are facing criminal charges in connection with the January 6 assault on the U.S. Capitol Building, but the Proud Boys were violent long before that. When huge protests erupted all over the United States following the brutal killing of George Floyd on May 25, 2020, the Proud Boys went out of their way to harass Black Lives Matter and antifa activists. But when the Proud Boys and BLM protesters clashed in New Port Richey, Florida during the Summer of 2020, there was a key difference: according to Washington Post reporter Tim Craig, only BLM protesters faced any charges.

The Proud Boys, in 2020, could have simply let progressive protesters have their say while holding demonstrations of their own; instead, they went out of their way to be confrontational and went looking for trouble. New Port Richey, a Tampa suburb, was one of the places where the Proud Boys tried to bully BLM protesters.

Craig, in an article published on February 2, explains, "When local Black Lives Matter activists started marching through the small, coastal town of New Port Richey, Fla., last summer — shouting slogans through bullhorns demanding racial justice — it took only a few days for the Proud Boys and other counterprotesters to show up and confront them. Burly groups of mostly White men encircled the demonstrators. They revved motorcycles while yelling threats, obscenities and support for the police and President Trump, at times using their own bullhorns."

In response, Craig notes, New Port Richey officials began enforcing an anti-noise ordinance — and BLM protesters were the only ones cited. One of them was 32-year-old Christina Boneta, who was arrested in late August 2020 and fined $2500.

Boneta told the Post, "We were harassed (by the counterprotesters). We had a few guns brandished on us.… One guy even came up to me and flashed a White power gesture in my face, but they didn't get any noise violations. We are the ones who got the noise violations when, all summer long, we never threatened anybody, looted anything or burned anything."

In early January, police in New Port Richey dropped the noise charges against Boneta and six other BLM activists. But the fact that they were charged in the first place while members of the Proud Boys were not raises questions about the treatment of left-wing activists by police and the courts compared to far-right extremists — especially in light of the violent insurrection that the Proud Boys, QAnon supporters and various militia groups were a part of on January 6. Right-wing media outlets have been promoting the nonsense conspiracy theory that members of antifa stormed the U.S. Capitol Building that day, but even House Minority Leader Kevin McCarthy, according to Axios' Jonathan Swan, bluntly told Trump that antifa had nothing to do with that attack.

In Florida, Craig notes, Republican Gov. Ron DeSantis and others Republicans have been "pushing for a sweeping state bill to crack down on disruptive protests, creating new classes of crimes that include up to 15-years in jail if police declare that nine or more people have participated in a riot." And the Post reporter adds that "similar legislation has proliferated through statehouses around the country in recent years in response to racial justice demonstrations."

On January 27, Florida-based activists offered testimony against the DeSantis-supported anti-protest bill. One of them, Arlinda "Tray" Johns, testified, "We just want to know: was it written on the same parchment paper that the slave codes were written on? Because to us in the Black Community, this feels very Jim Crowish."

Attorney James Shaw, Jr., an ACLU attorney who has represented Boneta, has major problems with the bill and told the Post, "Make no mistake about it: the legislation was proposed in direct reaction to the Black Lives Matter movement, and to throw a bone to a certain voting bloc that was distressed by this movement and wanted to use violence against it."

Marlowe Jones, a Florida-based BLM activist, told the Post that members of the Proud Boys and others on the far right went out of their way to be confrontational last year. According to Jones, "They would surround us, calling us communists and calling us (racial epithets), and calling us socialists."