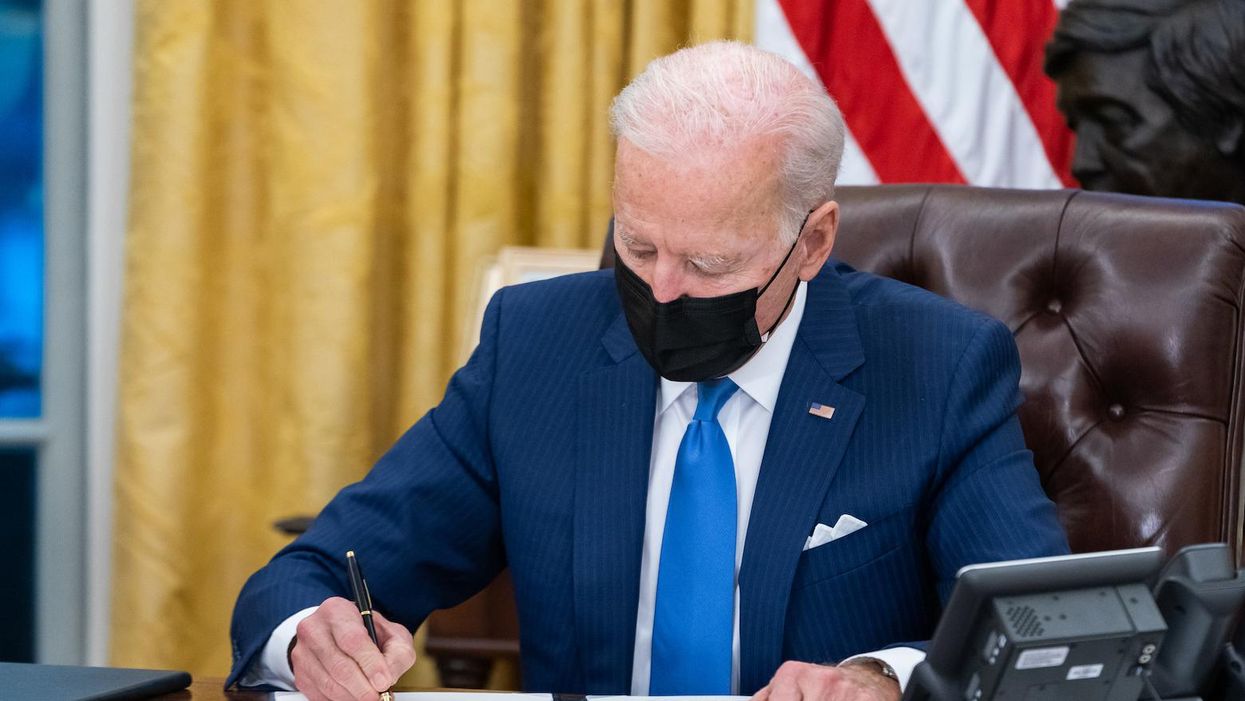 In Georgia, Iowa and other states, Republicans have been promoting voter suppression with bills that, according to civil rights groups, are designed to make it more difficult to vote. Liberal Philadelphia Inquirer opinion writer Will Bunch slams these bills in his column this week, arguing that they are so egregious that President Joe Biden should forcefully condemn them in a prime time speech from the Oval Office.

Bunch delves into history in the column, recalling the passing of the Voting Rights Act of 1965 and Dr. Martin Luther King, Jr.'s famous civil rights march from Selma, Alabama to Montgomery, Alabama that year. In 1965, Bunch recalls, civil rights activists fought against voter suppression — and that battle still needs to be fought 56 years later.

"In 2021," Bunch explains, "a slow-motion Selma is unfolding in statehouses from Harrisburg to Phoenix, with Republican lawmakers — using a falsehood so monstrous that critics are right to call it 'the Big Lie,' even with its echoes of Nazi Germany — racing to roll back voting rights at a faster pace than any time since the Jim Crow laws of the late 19th Century. And it's imperative that President Biden — this year's new POTUS, trying hard to center his own war on the poverty of a pandemic — grasp the full import of this voting crisis, and quickly channel his inner LBJ."

By LBJ, Bunch is, of course, referring to Democratic President Lyndon B. Johnson, architect of the Great Society — an expansion of President Franklin Delano Roosevelt's New Deal.

"If Biden and congressional Democrats don't laser-focus on voter suppression — urgently, and rapidly — American democracy is on the clock," Bunch warns. "Like LBJ did on March 15, 1965, it's time for Biden to address the nation, either in a congressional joint session, or — more practically — in an Oval Office address, to be carried by all of the TV networks in prime-time. He needs to dramatically raise public awareness of what is happening right now in America's statehouses, as GOP legislators engage in an arms race to all but end mail-in voting, cut polling-place days and hours, or impose onerous ID requirements."

Bunch also mentions some of the voting rights bills that have been proposed in Congress, including the John Lewis Voting Rights Advancement Act and the For the People Act — which he describes as a "broader, sweeping reform package that would make it much easier to register, including automatic registration when applying for a driving license, would mandate same-day registration and allow voting by the formerly incarcerated in all federal elections."

"Historians would note that Johnson had a much larger majority in Congress to work with, but there's also little alternative for Biden," Bunch explains. "If Republicans win in the 2022 midterms not by the power of their ideas, but by picking who gets to cast a vote, the rest of the Biden/Democratic agenda will be dead — and that won't be the worst of it for the American experiment. Either will shall overcome voter suppression in the 2020s, or true democracy will perish on U.S. soil."