QAnon was devastated to see Biden on Air Force One because they thought Trump was secretly using it: report 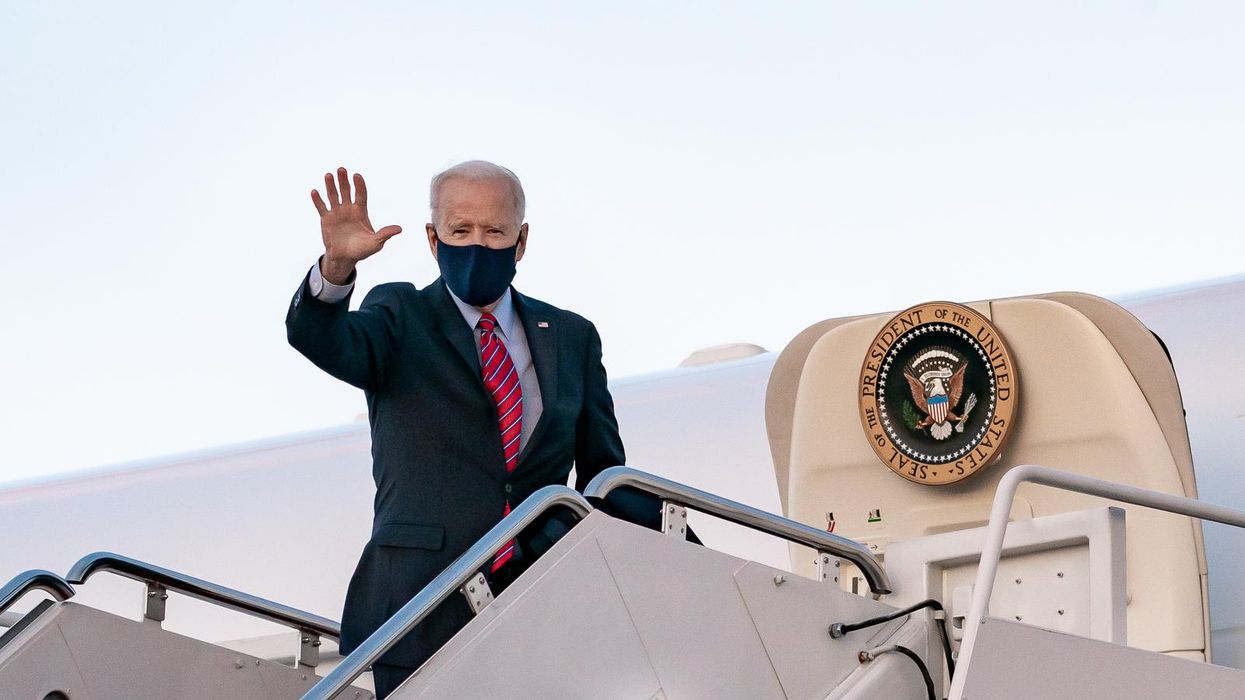 President Joe Biden used Air Force One over the weekend to fly to Delaware, but on Tuesday evening, Biden also used the plane to fly to a town hall in Wisconsin. The moment wasn't anything other than a president hopping on his ride, but for QAnon it was devastating.

Speaking to Ayman Mohyeldin Wednesday, NBC News reporter Ben Collins explained that the far-right conspiracy group is in a kind of "holding pattern" as Biden finishes his first month in office.

"You know, they hold on to these little nuggets, they hope in the future there are -- they believe right now there are two presidents and this will all get sorted out on March 4th," explained Collins. "But they lose hope along the way. For example, last night when Joe Biden boarded Air Force One, the real one, for the first time, that was a blow. They felt betrayed by this. They thought that Air Force One was still being used by President Trump in secret."

He went on to say that it's likely that they'll explain it away, but that last night was a big blow.

"This is winding its way through text messages, through churches in the United States, who are preaching sort of the gospel of Q without the QAnon branding, and they are saying March 4th is a big day for them and one of them said today they're halfway through this. They are planning for this to be a years-long thing," Collins also said.

He explained that the good part of the conspiracy is that they believe "the plan" and they're a very "disorganized group," he said.

"The worry with QAnon is lone wolf wolves who take this too seriously," Collins warned. "We have seen lone wolves for 2 1/2 years now, we've seen real criminal acts, murders. While I don't expect some massive outpouring on March 4th, we have to be on the lookout for desperate QAnon believers in the future."

See his analysis below:

QAnon didn't think Biden could use Air Force One www.youtube.com