Swarming of Biden campaign bus in Texas could be a factor in Trump impeachment trial: report 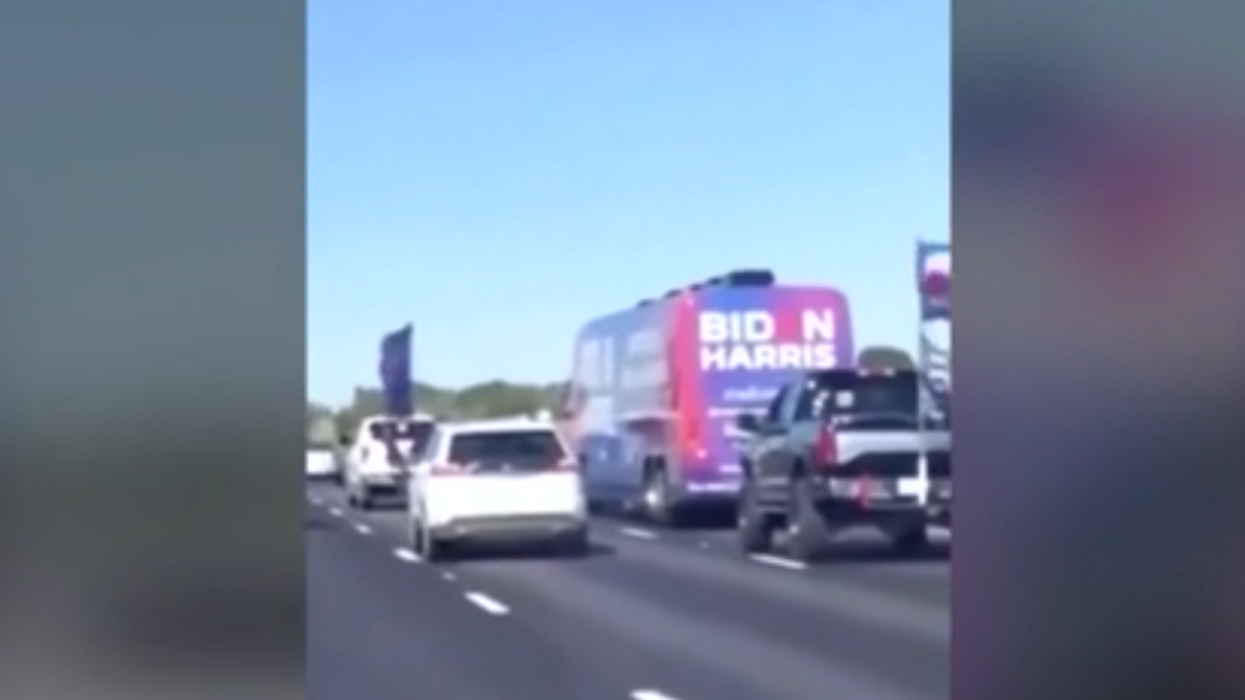 Back in October, just days before the presidential election, a Biden-Harris campaign was forced to cancel an event after one of its buses was swarmed by a caravan of Trump supporters in central Texas. Now, that incident could play a key role in former President Donald Trump's impeachment trial.

According to KXAN, the Texas incident could be used as an example of the violence Trump incited leading up to the insurrection at the U.S. Capitol on Jan. 6. Although the incident happened months prior to the Capitol insurrection, the disturbing incident could be referenced as an example of how Trump's rhetoric has incited violence. The House trial memorandum details the incident and how it correlates with the violence that erupted on Capitol hill.

"October 30, when a caravan of his supporters in Texas attacked a bus full of Biden campaign workers, nearly running it off the road, President Trump tweeted a stylized video of the caravan and captioned it, 'I LOVE TEXAS!' Days later, he declared that 'these patriots'—who could easily have killed a busload of innocent campaign staff—'did nothing wrong,'" the House trial memorandum reads.

During an interview with the publication, Wendy Davis, a Democratic congressional candidate in Austin, Texas, recalled what it was like to be on the bus when that incident occurred.

"It was unnerving for everyone," Davis said on Tuesday. "I would hope that we never get numb enough to that kind of behavior that it's normal and that it's okay and, really, that's what this impeachment trial is about right now."

While some Republican lawmakers are in support of convicting Trump in the Senate, others like Sen. John Cornyn (R-Texas) argue the trial may be unconstitutional.

"I'm happy to listen to the evidence, but really more than the facts or what happened that night I'm concerned about the precedent that would set," Cornyn said. "If Democrats can do this to a Republican president after he's left office, that means Republicans can do it to a Democratic president after they've left office. That strikes me as a bad outcome."

So what will the impeachment trial mean for Trump's future in politics? If he is convicted, he will be barred from holding public office in the future. Brandon Rottinghaus, a political science professor in Houston, believes there will be a number of Republicans who will vote in favor of Trump's impeachment. However, many others, like Cornyn and Sen. Ted Cruz (R-Texas) likely will not.

"They're both Republicans in a state where Ted Cruz needs to have that success and John Cornyn just had some success so they both need to be able to follow the Trump model, at least a little bit," said the University of Houston professor. "This is a test of the Republican party unity and, by all accounts, they're going to stay together."