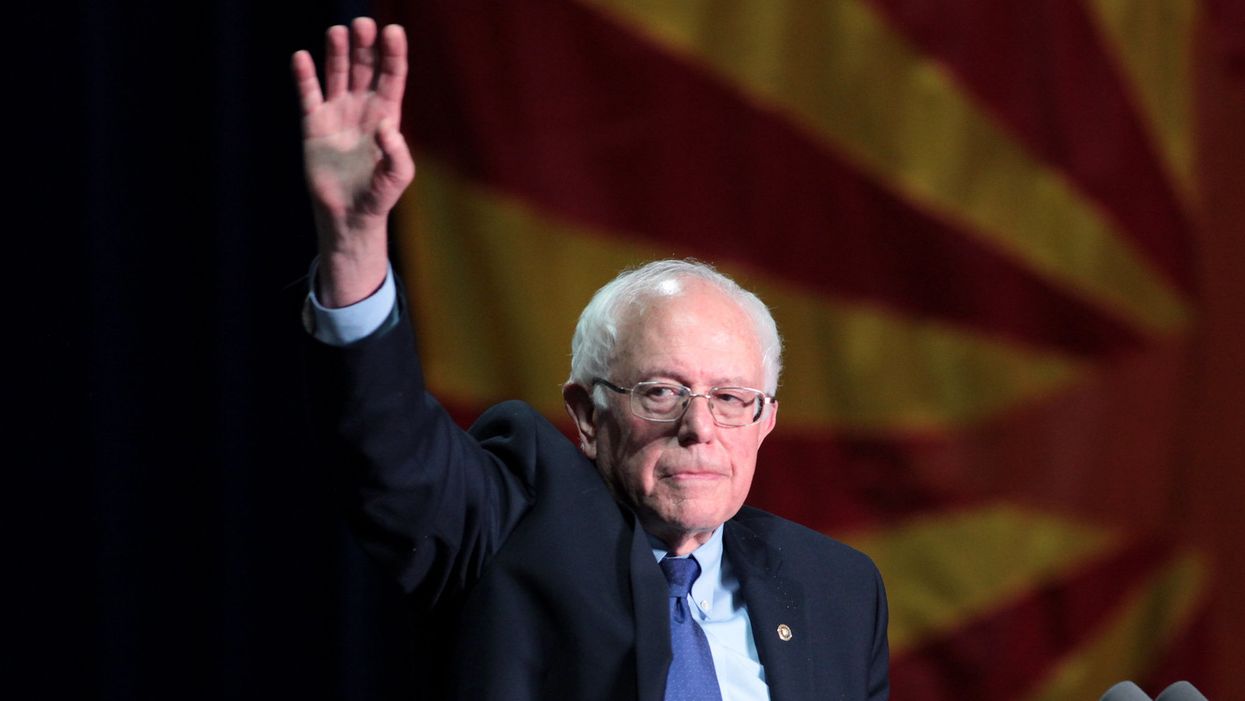 In his first speech on the Senate floor since officially becoming chairman of the chamber's budget committee on Wednesday, Sen. Bernie Sanders reminded Republican senators complaining about the Democratic majority's effort to pass coronavirus relief through the filibuster-proof reconciliation process that the GOP used the same tool to unilaterally ram through tax cuts for the wealthy just over three years ago.

"There has been some discussion here, the media seems fixated, on the issue of partisanship," said the Vermont senator. "Oh my god, we're being so partisan. So let me remind everybody... under the Trump administration, massive tax breaks were passed that went to the top 1% and large corporations—83% of the benefits of the Trump tax plan went to the 1% and large corporations. And you know how bipartisan that bill was, passed in reconciliation? There was not one Democrat that voted for that bill. It was [passed] just with Republican votes."

"Then outrageously, as part of reconciliation, Republicans came forward and said, 'Hey, we think it's a brilliant idea to repeal the Affordable Care Act and throw up to 32 million people off the healthcare that they have," Sanders said, recounting the GOP's failed 2017 effort. "Not one Democrat voted for that bill. My point is that it's one thing for my Republican friends here to be talking about the need for bipartisanship, which all of us support. But the reality is they used exactly the same process to pass—or at least try to pass—major, major pieces of legislation."

Sanders floor remarks came after Senate Minority Leader Mitch McConnell (R-Ky.) and other Republicans delivered speeches Wednesday denouncing Democrats' efforts to go it alone on coronavirus relief amid open GOP hostility to the level of spending that experts say is needed to combat the ongoing public health emergency and bring the U.S. economy out of deep recession.

"Less than a day after several Senate Republicans spent two hours meeting with President Biden, Senate Democrats plowed ahead with a party-line vote to set the table for a partisan jam," said McConnell, who led the Senate GOP's unilateral tax-cut push in 2017. In 2018, the Congressional Budget Office estimated that the tax legislation would add $1.9 trillion to the national debt over ten years.

Coincidentally, $1.9 trillion is also the top-line price tag of President Joe Biden's relief proposal, which Republican senators have rejected as excessive even as the coronavirus continues to spread across the country and the economy remains in shambles, leaving millions hungry, out of work, and at risk of eviction.

In an appearance on CNN late Wednesday, Sanders said he does not support making changes to the president's opening relief offer in an effort to win the backing of Republicans who, now that a Democrat is in the White House, are suddenly concerned about the soaring deficit.

Sanders specifically rejected an ongoing push by some Democratic senators to narrow eligibility for the $1,400 direct payments in Biden's plan. Economic relief, the Vermont senator argued, should not be needlessly curtailed amid such widespread suffering.