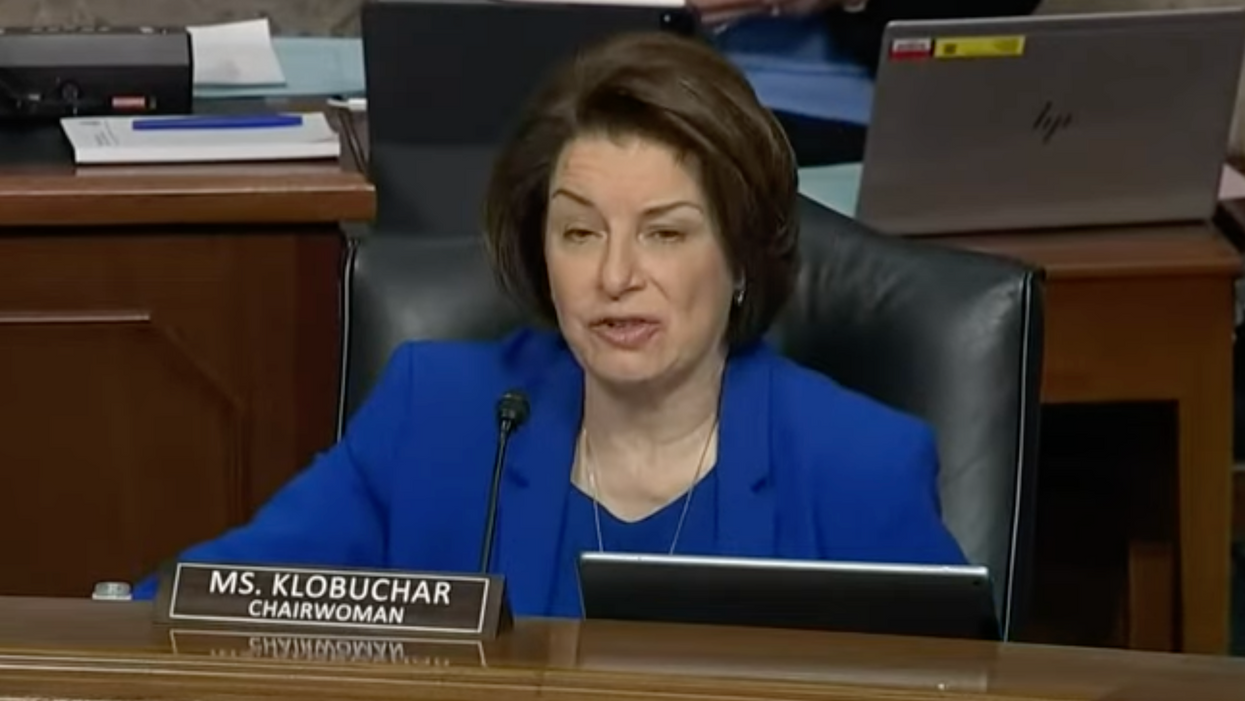 On Tuesday, members of the U.S. Senate held a hearing on the Jan. 6 insurrection — and Republican Sen. Ron Johnson of Wisconsin promoted a debunked conspiracy theory claiming that the insurrectionists were really left-wing militants. But Minnesota Sen. Amy Klobuchar, a centrist Democrat, pushed back against that false claim.

According to far-right conspiracy theorists, members of Antifa attacked the U.S. Capitol Building on Jan. 6 in order to make supporters of then-President Donald Trump look bad. But there is no evidence to support that claim, and the participation of QAnon, the Proud Boys, White nationalists, various militia groups and others on the far right has been well-documented. Axios' Jonathan Swan, on Jan. 12, reported that when Trump floated that conspiracy theory, House Minority Leader Kevin McCarthy pushed back and told him, "It's not Antifa, it's MAGA. I know. I was there."

But Johnson, on Tuesday, promoted false claims that on Jan. 6, the U.S. Capitol Building was attacked by "provocateurs" and "fake Trump protesters." And when Klobuchar spoke, she made it clear that she saw no validity in those claims.

Klobuchar told fellow senators, "There is clear agreement that this was a planned insurrection. So, I think that most members here very firmly agree with that. And I think it's important for the public to know that. This was planned. We know this was a planned insurrection. It involved White supremacists, it involved extremist groups. And It certainly could have been so much worse except for the bravery of the officers."

According to Klobuchar, "Ron Johnson has again engaged in a conspiracy theory — that's what he does."