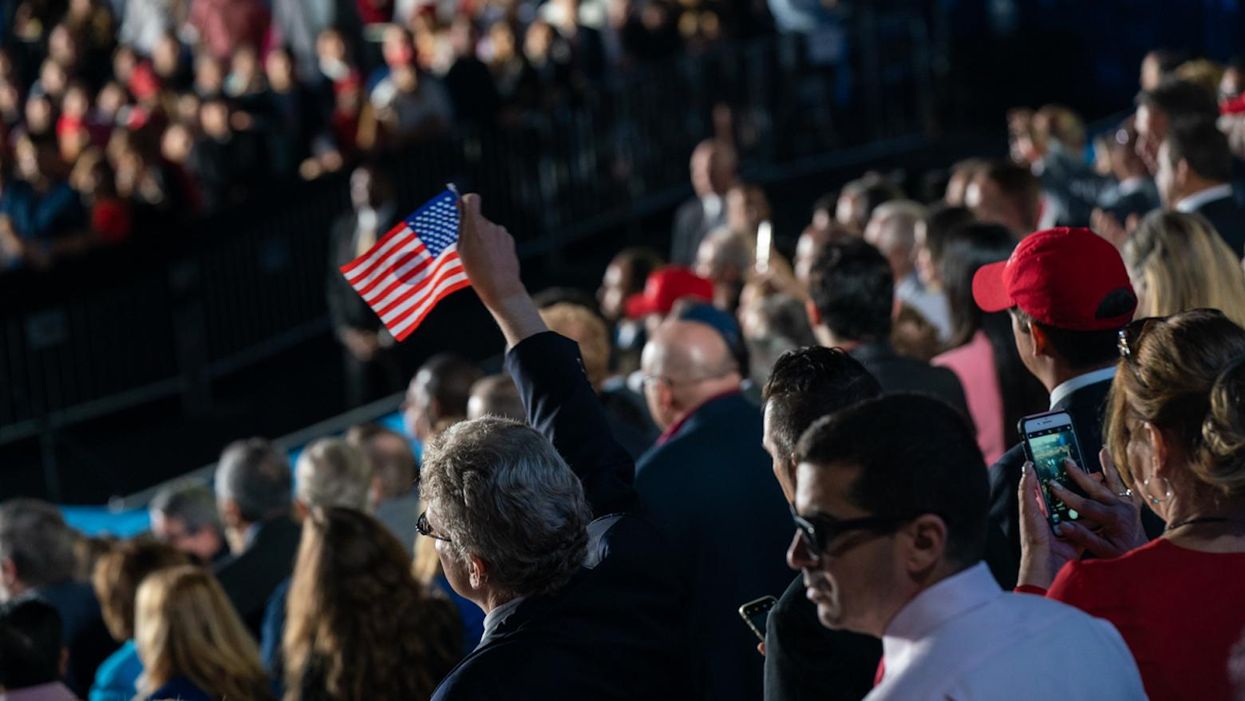 The Casper Star Tribune' recent report flagged the remarks, which Eathorne made in a conversation with Steve Bannon on his podcast. They were discussing the future of the Republican Party.

"We are straight-talking, focused on the global scene, but we're also focused at home," Eathorne said. "Many of these Western states have the ability to be self-reliant, and we're keeping eyes on Texas too, and their consideration of possible secession. They have a different state constitution than we do as far as wording, but it's something we're all paying attention to."

Bannon said he was against secession but would like to discuss it later.

The Tribune followed up with Eathorne, and he seemed to downplay the idea, though he admitted to discussing it: "Only a brief conversation with the Texas GOP in earlier work with them." He added: "Won't come up again unless the grass roots brings it up."

Texas GOP Chair Allen West made similar remarks in December after the Supreme Court dismissed one of the ridiculous lawsuits attempting to overturn the result of the 2020 election on Trump's behalf.

"This decision will have far reaching ramifications for the future of our constitutional republic," West said. "Perhaps law-abiding states should bond together and form a Union of states that will abide by the constitution."

Eathorne's remarks seemed to gesture toward the erroneous idea that Texas has a legal right to secede from the United States. This is not so. The Supreme Court has ruled against the idea of secession in the 19th Century, and Supreme Court Justice Antonin Scalia once affirmed: "If there was any constitutional issue resolved by the Civil War, it is that there is no right to secede."

Eathorne recently had to put out a statement about his involvement in the Jan. 6 events at the U.S. Capitol, when a mob of Trump supporters stormed the building to block Congress from processing Joe Biden's Electoral College win.

"I attended the organized and peaceful rally near the White House on January 6th," he said. "No violence or property damage was observed during my time there including a brief stop in the vicinity of the Capitol building property. I retired from the public gathering near mid-afternoon and watched the news of some reported events I personally had not witnessed."