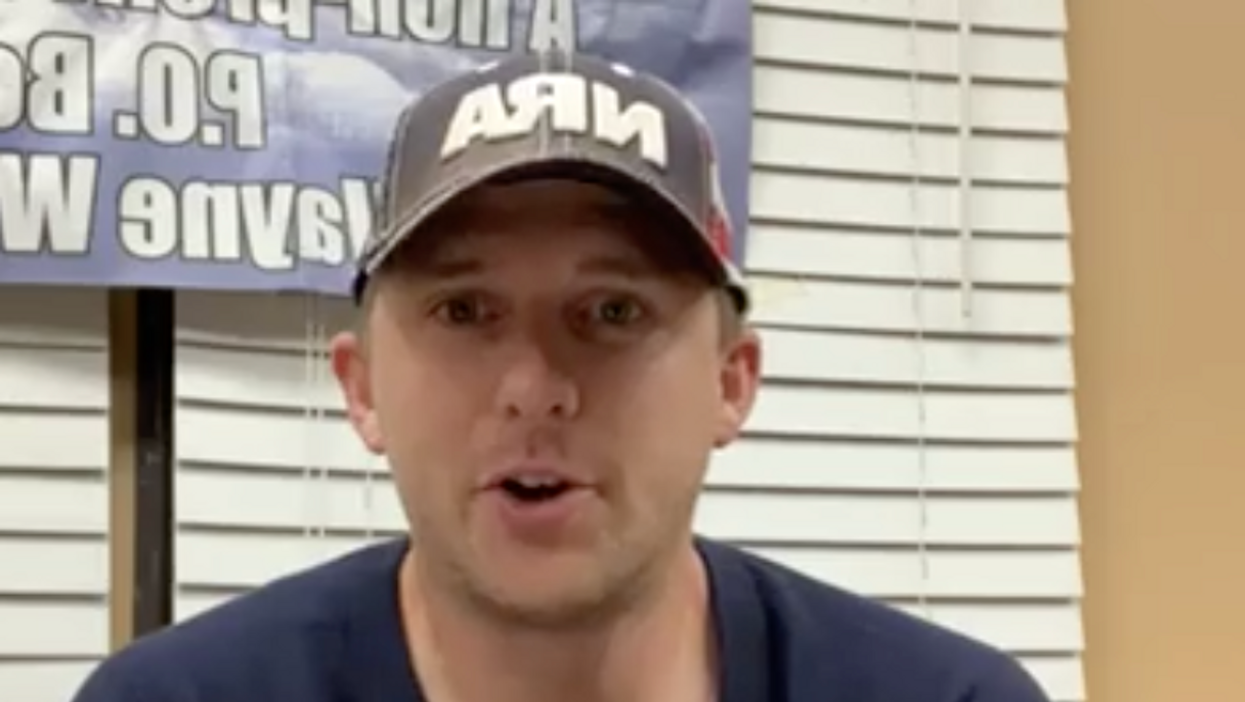 Derrick Evans, the suuuper-genius who filmed himself participating in a violent insurrection, has resigned from the West Virginia House of Delegates.

"I hereby resign as a member of the House of Delegates, effective immediately," Evans said in a one-page letter submitted to Gov. Jim Justice and the House.

The House released another statement from Evans expressing regret.

"I take full responsibility for my actions, and deeply regret any hurt, pain or embarrassment I may have caused my family, friends, constituents and fellow West Virginians," Evans stated.

"I hope this action I take today can remove any cloud of distraction from the state Legislature, so my colleagues can get to work in earnest building a brighter future for our state. And more importantly, I hope it helps to begin the healing process, so we can all move forward and come together as 'One Nation, Under God.'"

Evans' intrusion into the Capitol was among the dumber crimes ever committed by anyone, much less a duly elected legislator. After breaching the Capitol, Evans, who was livestreaming on Facebook, shouted, "We're in, we're in! Derrick Evans is in the Capitol!"

Maybe while he's languishing in prison—if and when that day comes—Evans can get some criming tips from his fellow inmates. I assume tip No. 1 would be "don't scream your own name while committing crimes in federal buildings." No. 2, and very close behind, would be "if you insist on recording your crimes, maybe wait to see how the video turns out before you post it on Facebook."

Evans was arrested yesterday and now faces federal charges related to the uprising.