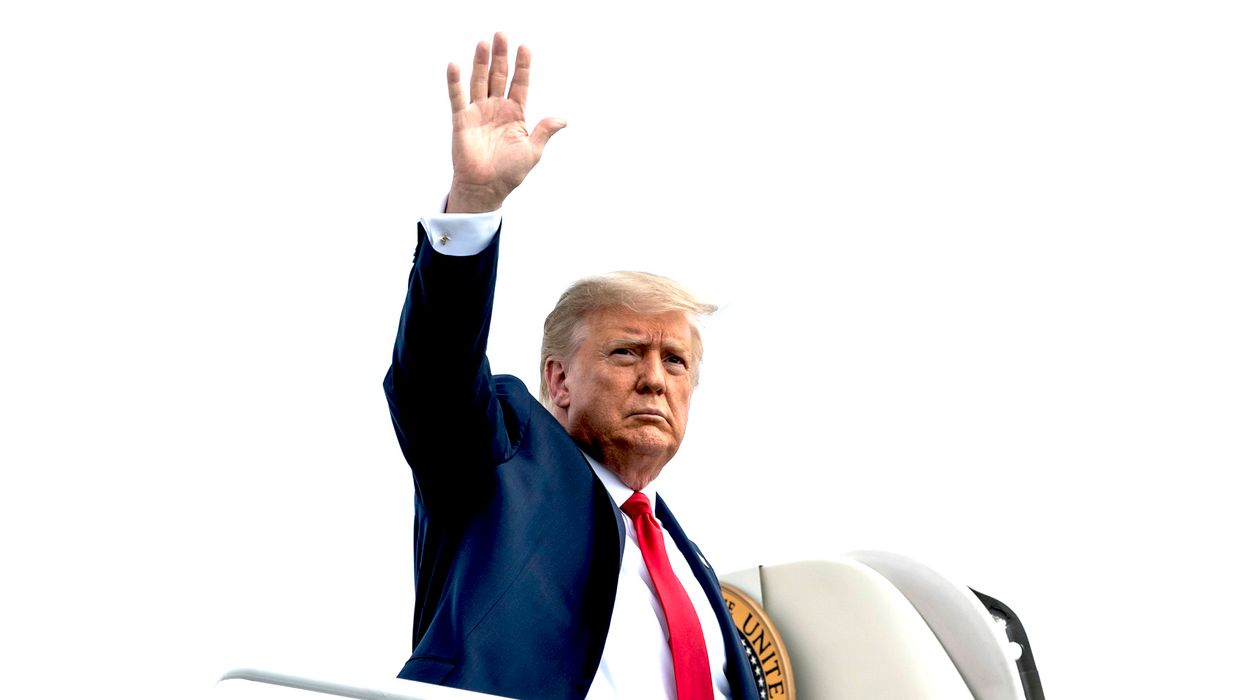 As impeachment looms over President Donald Trump's final days in office, he is standing by the damaging "Save America" speech he delivered during the critical time leading up to the U.S. Capitol riots. And many Twitter users are not impressed.

After days of seclusion, Trump emerged from the White House as he prepared for his departure from Joint Base Andrews to visit the U.S. border wall. Despite heightened criticism over his incriminating remarks, Trump claims his words were "totally appropriate," according to The Hill.

"They've analyzed my speech and my words and my final paragraph, my final sentence, and everybody to the tthought it was totally appropriate," Trump said. It's not clear who or what "analyzed" Trump's speech that he's referring to, but it's worth noting that even many of the president's close allies, such as former Chief of Staff John Kely and former Attorney General Bill Barr, have sharply denounced his role in the attack.

The president also pivoted with an attempt to downplay the U.S. Capitol riot by comparing it to the civil rights protests and riots that took place over the summer. He added, "If you look at what other people have said -- politicians at a high level -- about the riots during the summer, the horrible riots in Portland and Seattle ... That was a real problem."

Despite the president's claims, his remarks subsequently contributed to the delayed certification of the Electoral College vote as his angry supporters storming the U.S. Capitol. The disturbing series of events that transpired have also led to a nationwide crackdown on domestic terrorism.

Now Twitter users are firing back at the embattled president over his latest deflection attempt. Not mincing words, Twitter users slammed Trump for his refusal to accept responsibility for his actions. Many have noted that Trump's latest stunt further proves just how unfit he is to serve as president.

@cnnbrk So it seems by association that what unfolded after Trumps rally speech at congress was also 'totally appro… https://t.co/yRTOg9iGug
— baw (@baw)1610470273.0

@atrupar Many people are saying that it was a confession to a crime for which he'll be imprisoned after leaving office. Many, many people.
— JRehling (@JRehling)1610469707.0

Another Twitter user also raised questions about the so-called group of people Trump is referring to when he claims "they" thought his speech was appropriate. "I wonder who is 'they' and 'them,'" one Twitter user said, adding, "They seem to be nameless individuals that approve of his actions, yet no reporter ever presses. Follow up question, sir- exactly who said it was appropriate? Who might 'they' be?"

@JoJoFromJerz @atrupar I wonder who is “they” and “them”. They seem to be nameless individuals that approve of his… https://t.co/lBJNz1LHQr
— Chris Staufer (@Chris Staufer)1610467965.0

Following the "Save America" rally led by Trump and his allies, his supporters stormed the Capitol and caused a substantial amount of damage to the federal building. A total of six lives were also lost during the riot.