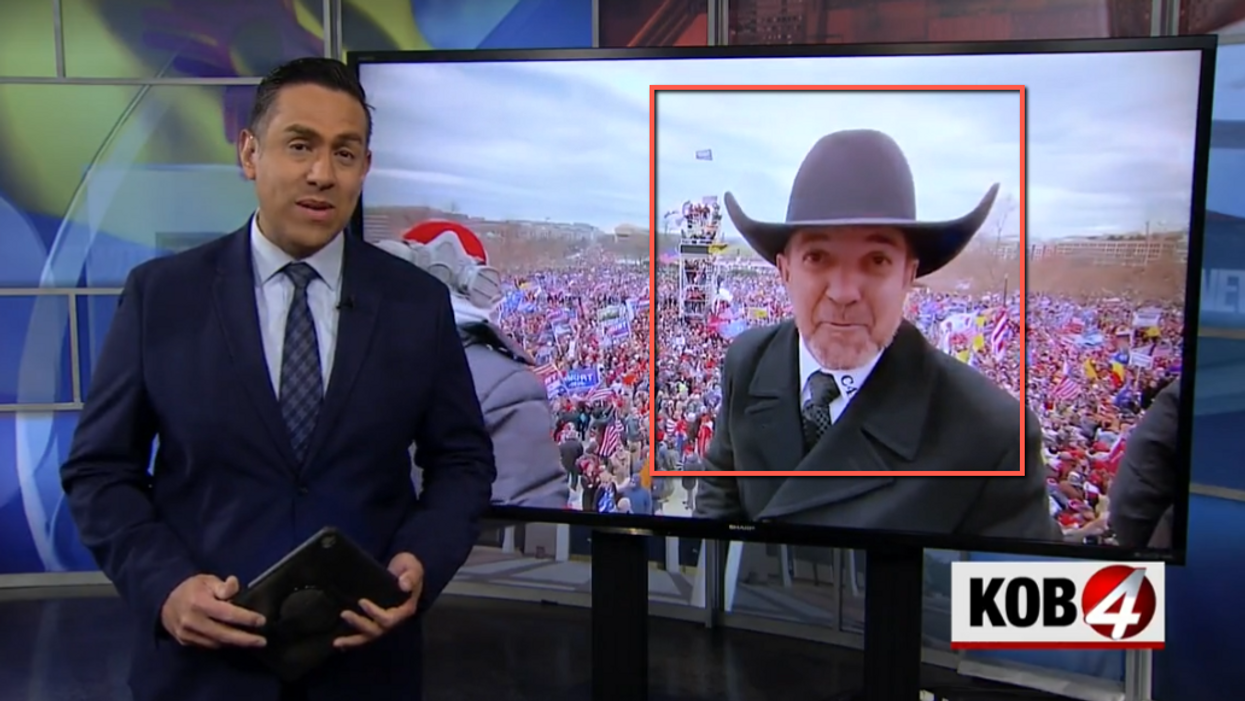 A Trump supporter with ties to the president was arrested Sunday for his involvement in the U.S. Capitol riots. According to The Washington Post, Otero County, N.M., Commissioner Couy Griffin was arrested after the FBI received a tip about the content posted on his Facebook page that confirmed he was at the U.S. Capitol Building on Jan. 6.

Griffin, the leader of a right-wing group known as Cowboys for Trump, now faces a charge for illegally entering the federal building. Although he claims that he never entered the Capitol, the Post reports that there is "video on his personal Facebook page showed him in restricted areas."

The criminal affidavit also noted that the content he posted indicated that he "intended to return to Washington, D.C. on January 20, 2021, and put the American flag on House Speaker Nancy Pelosi's desk."

In a video Griffin posted after the riot, he also said: "We could have a 2nd Amendment rally on those same steps that we had that rally yesterday. You know, and if we do, then it's gonna be a sad day, because there's gonna be blood running out of that building."

He added, "But at the end of the day, you mark my word, we will plant our flag on the desk of Nancy Pelosi and Chuck Schumer and Donald J. Trump if it boils down to it."

Griffin's arrest comes several months after he went viral on Twitter when Trump shared a menacing video of him. Back in May, Trump tweeted, "Thank you Cowboys. See you in New Mexico!"" to a video with Griffin saying, "The only good Democrat is a dead Democrat."

At the time, Griffin also attempted to downplay his actions, insisting he "was only speaking metaphorically about politics," according to the publication.