Watch: Police officer describes Trump's loyal band of insurrectionists wanting to kill him with his own gun 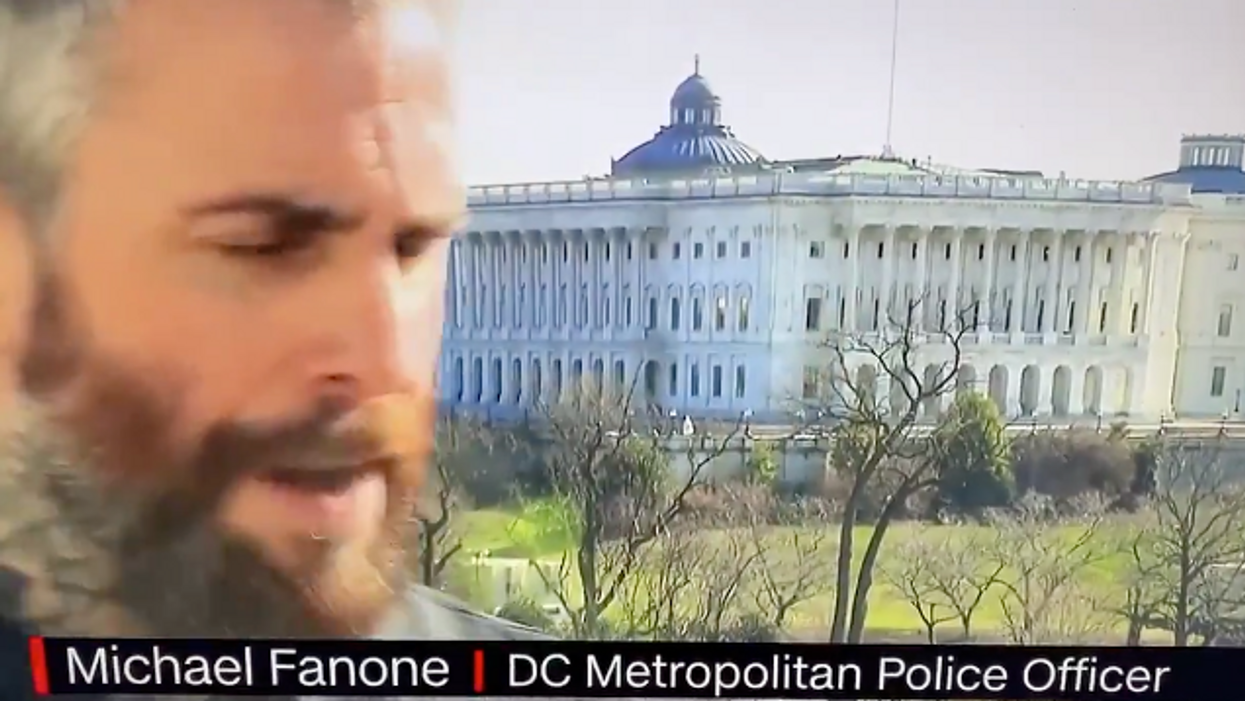 In a recent interview, Capitol police officer Michael Fanone shared a frightening moment when Trump's mob of insurrectionists began tearing apart his uniform and took his radio and gun and one shouted "Kill him with his own gun!"

Fanone says he only escaped with his life because he began shouting that he had kids to try and appeal to the rioters' humanity. Eventually, some of the rioters surrounded him, forming a protective shield until his partner was able to pull him to safety.

Still, his entire two-minute interview below is worth listening to. Here's a transcript:

I try to fight as best I could. I remember like guys were stripping me of my gear. These rioters pulling my badge off my chest. They ripped my radio off my vest, started pulling like ammunition magazines of my belt from thir holder on my belt. And then some guy started getting a hold of my gun, and they were screaming out, You know, "Kill him with his own gun."

At that point you know it was just like self-preservation. You know, how do I survive this situation? And I thought about, you know, using deadly force. I thought about shooting people. And then I just came to the conclusion that, you know, if I was to do that, I might get a few but I'm not gonna take everybody, and they'll probably take my gun away from me and that would definitely give them the justification that they were looking for to kill me, if they already hadn't have made that up in their minds.

So, the other option I followed was you try to appeal to somebody's humanity. And I, I just remember yelling out that I have kids. And it seemed to work. Some people in the crowd started to encircle me, and try to offer me some level of protection. And that provided me with like enough time for other officers, specifically my partner Jimmy Albright enough time to get to me and get me the hell out of there and back into the west front of the capital.

A lot of people have asked me you know my thoughts on the individuals in the crowd that helped me or to tried to offer some assistance. And I think kind of the conclusion I've come to is like, "Thank you, but fuck you for being there."

Listen to this entire interview from an officer who was assaulted at the Capitol. https://t.co/IYV2aumwnw
— Heath Mayo (@Heath Mayo)1610686800.0