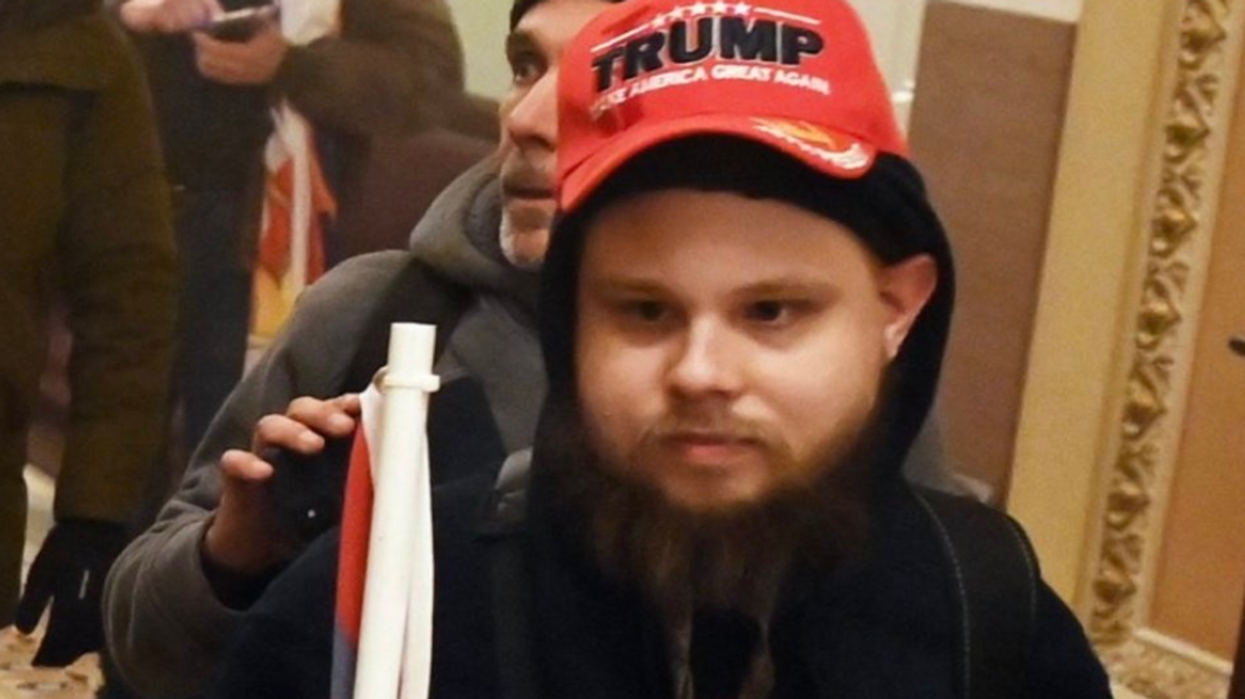 A man has been terminated from his job after wearing his company badge during Trump supporters' breach of the U.S. Capitol. As photos of the chaos began circulating on social media, Twitter users also shared a photo of the man in question.

On Thursday, Jan. 7, his employer Navistar Direct Marketing also released a statement about the viral photo. In a brief Facebook post, the company confirmed he had been terminated because of his actions.

"Navistar Direct Marketing was made aware that a man wearing a Navistar company badge was seen inside the U.S. Capitol on January 6, 2021 during the security breach," the company said in a statement on Thursday. "After review of the photographic evidence the employee in question has been terminated for cause."

While Navistar insisted it supports the right to free speech, the company argued its former employee exhibited "dangerous conduct" by entering the federal building.

The company added, "While we support all employee's right to peaceful, lawful exercise of free speech, any employee demonstrating dangerous conduct that endangers the health and safety of others will no longer have an employment opportunity with Navistar Direct Marketing."