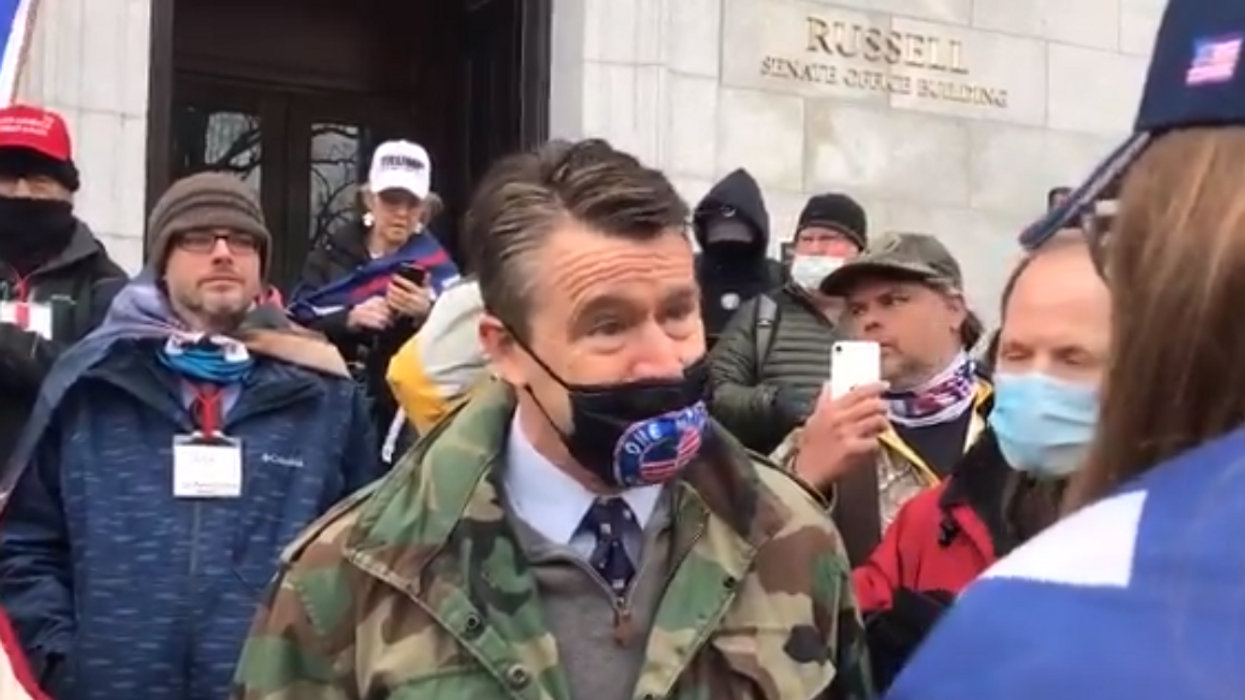 Republican senators who are choosing to uphold the oath they took to abide by the laws of the U.S. Constitution were swarmed by angry Trump supporters for simply doing their job. In fact, a clip of Sen. Todd Young's (R-Ind.) intense exchange with a Trump supporter has gone viral on social media.

When asked why he was refusing to challenge the Electoral College vote, Young made it clear that opinion does not supersede the law. He also stressed the importance of people putting aside their personal views out of respect for the U.S. Constitution. Despite stark criticism, an angry Young insisted, "I took oath under God... does that still matter in this country?"

Young's remarks in the crowd of Trump supporters came as the president's Save America rally takes place just hours before the Congressional hearing to affirm President-elect Joe Biden's win. Despite Vice President Mike Pence and lawmakers' inability to overturn the election, President Donald Trump has continued to make baseless demands for vice president to refuse to certify the results of the election.

During his rally on Wednesday morning, he once again claimed Pence has power that he does not possess. Trump also placed even more pressure on the vice president by falsely insisting that he holds the key to the presidency.

"Mike Pence is gonna have to come through for us. And if he doesn't, that will be a sad day for our country," Trump said.

He later added, "all Vice President Pence has to do is send it back to the states and recertify and we become president and you are the happiest people."

Despite Trump's ploy and his frustrated supporters' reactions, even Pence has made it clear that he lacks "unilateral authority" under the Constitution to invalidate the results of the election as the president has demanded.