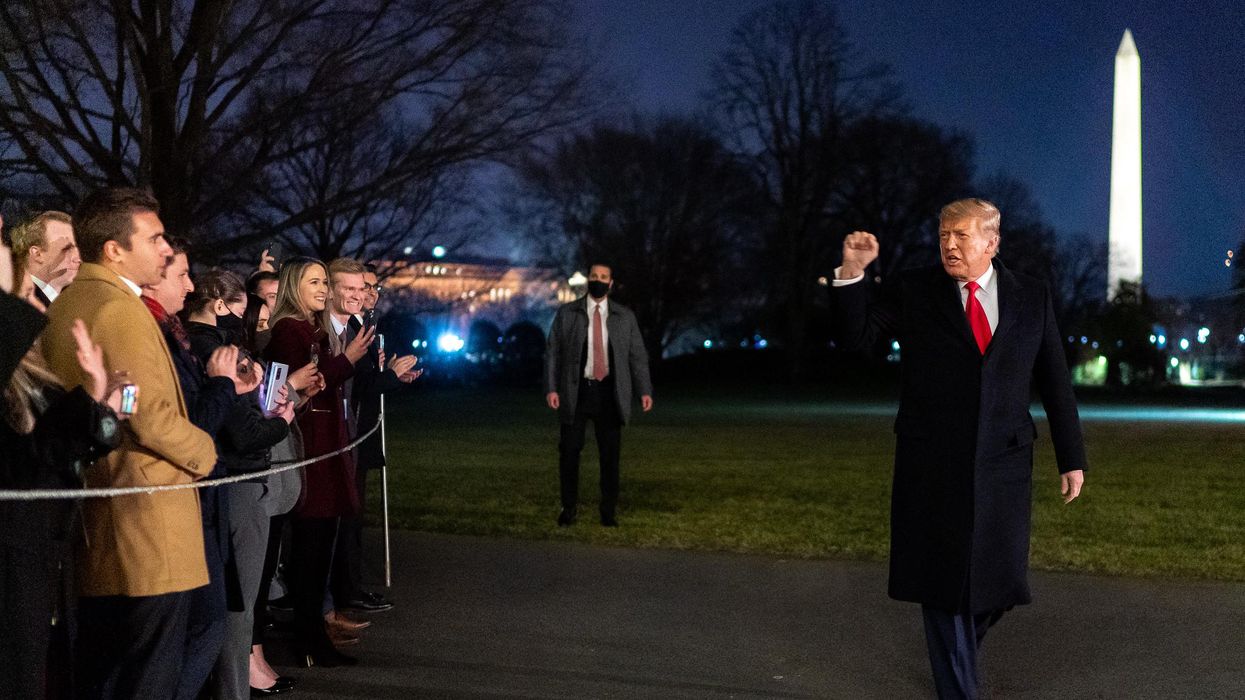 President Donald Trump, who still hasn't conceded that he lost the election, will soon be leaving the White House. On his way out, he's not participating in any of the traditional hand-off rituals that incumbents typically do to welcome newly elected Presidents (like leaving a farewell letter of advice to the new president or having a one-on-one conversation with them).

Trump also apparently wants his departure to involve "a military-style sendoff and a crowd of supporters" at either the White House, the Joint Base Andrews or his final destination, the Palm Beach International Airport, according to CNN.

The Pentagon has said a traditional farewell isn't going to happen.

Keep in mind that President-elect Joe Biden's inauguration celebration is being closed to the public because of the insurrection that Trump encouraged his followers to commit on January 6. At this time, over 20,000 National Guard troops will be on patrol in Washington D.C. and the FBI is tracking threats of violence for Trump supporters and other right-wingers who believe the president's repeatedly disproven claims that Biden stole the election through an unprecedented nationwide conspiracy of voter fraud.

Regardless, CNN reports Trump has been weighing whether or not to issue pre-emptive pardons for himself and his family members who are all likely to face civil and criminal charges for shady financial self-dealings soon after they leave the White House. He's also sullen at Republicans who he feels didn't support him, and his approval rating has dropped to 29 percent, the lowest point of his presidency.

Editor's note: This article headline has been updated.