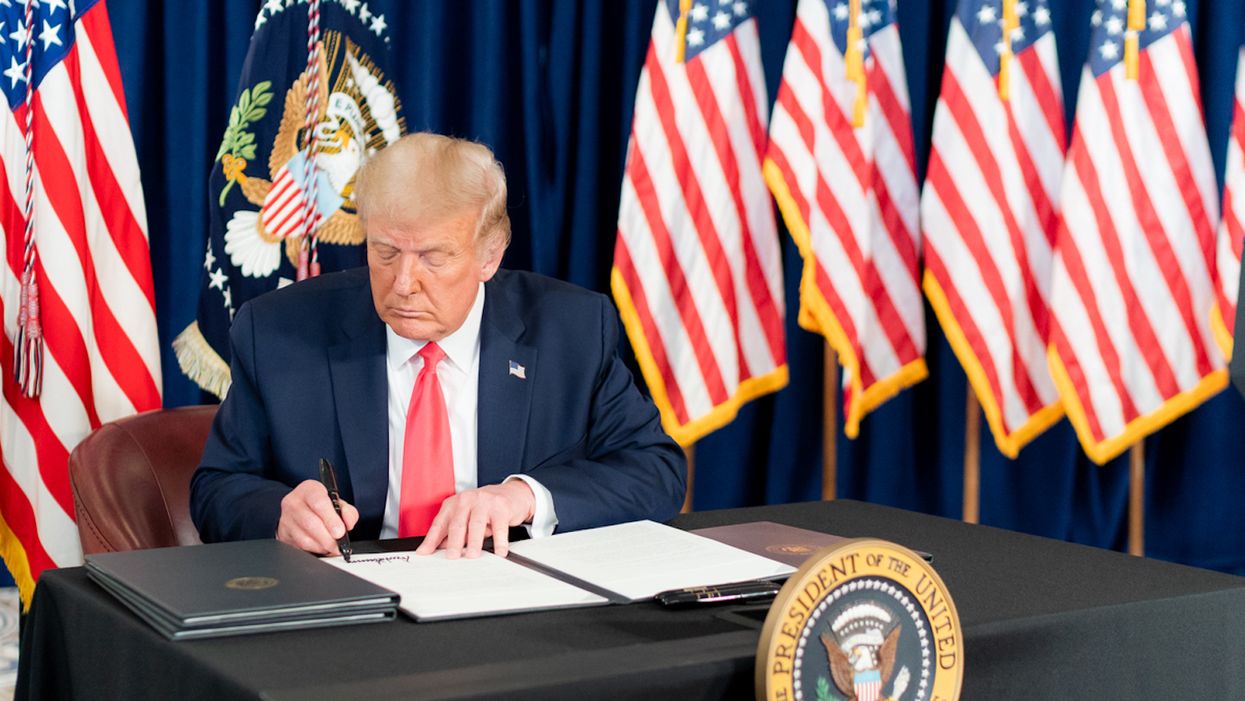 Early Wednesday morning, the White House announced a slate of President Donald Trump's final official actions in office. Two of these acts represented significant betrayals of his own supporters.

First, and most prominently, Trump pardoned his former campaign chair Steve Bannon. Despite his rocky relationship with Bannon, the president seemed to think the risks of political blowback were worth pardoning his one-time ally. Bannon's pardon is particularly toxic and egregious because he hasn't even been convicted or sentenced yet on his charges, which is usually required before a pardon is even considered.

But what makes the pardon a betrayal is what Bannon stands accused of. Here's how prosecutors in the Southern District of New York put it in an indictment (note that Bannon's alleged co-conspirators were not pardoned):

RIAN KOLFAGE, STEPHEN BANNON, ANDREW BADOLATO, and TIMOTHY SHEA, the defendants, and others, orchestrated a scheme to defraud hundreds of thousands of donors, including donors in the Southern District of New York, in connection with an online crowdfunding campaign ultimately known as "We Build The Wall" that raised more than $25,000,000 to build a wall along the southern border of the United States. To induce donors to donate to the campaign, KOLFAGE and BANNON - each of whom, as detailed herein, exerted significant control over We Build the Wall repeatedly and falsely assured the public that KOLFAGE would "not take a penny in salary or compensation" and that "100% of the funds raised... will be used in the execution of our mission and purpose" because, as BANNON publicly stated, "we're a volunteer organization."
Those representations were false. In truth, BRIAN KOLFAGE, STEPHEN BANNON, ANDREW BADOLATO, and TIMOTHY SHEA, the defendants, collectively received hundreds of thousands of dollars in donor funds from We Build the Wall, which they each used in a manner inconsistent with the organization's public representations. In particular, KOLFAGE covertly took more than $350,000 in funds that had been donated to We Build the Wall for his personal use, while BANNON, through a non-profit organization under his control received over $1,000,000 from We Build the wall, which BANNON used to, among other things, secretly pay KOLFAGE and to cover hundreds of thousands of dollars in personal expenses.

In other words, Bannon ripped off thousands of fans of the president he helped elect to personally enrich himself, according to the indictment. And it's worse than that, because Trump was supposed to be building the wall as president with the federal government, not with private funds. And it's even worse than that, because Trump campaigned for months on the idea that Mexico would pay for the wall — a promise widely derided and mocked, but that Trump insisted was legitimate.

But Trump cares so little for the fans who support him, he's happy to let the man who allegedly defrauded them off the hook. The White House statement on the matter gave no explanation or justification for this pardon:

President Trump granted a full pardon to Stephen Bannon. Prosecutors pursued Mr. Bannon with charges related to fraud stemming from his involvement in a political project. Mr. Bannon has been an important leader in the conservative movement and is known for his political acumen.

In another betrayal, Trump found a new way to break another of his 2016 campaign promises: "Drain the swamp" — that is, ridding Washington, D.C., of corruption.

As a part of this supposed commitment, Trump made a big show near the start of his term of enacting a five-year lobbying ban for officials who leave the administration. In truth, Trump's ethics rules weakened what had come before, but this measure was supposed to limit outside influence and inappropriate access.

"This was something, a five-year ban, that I was talking about a lot on the campaign trail, and we are now putting it into effect," Trump said when signing the order in 2017.