Trump's pardoned allies may not be 'safe' as they think: legal scholar 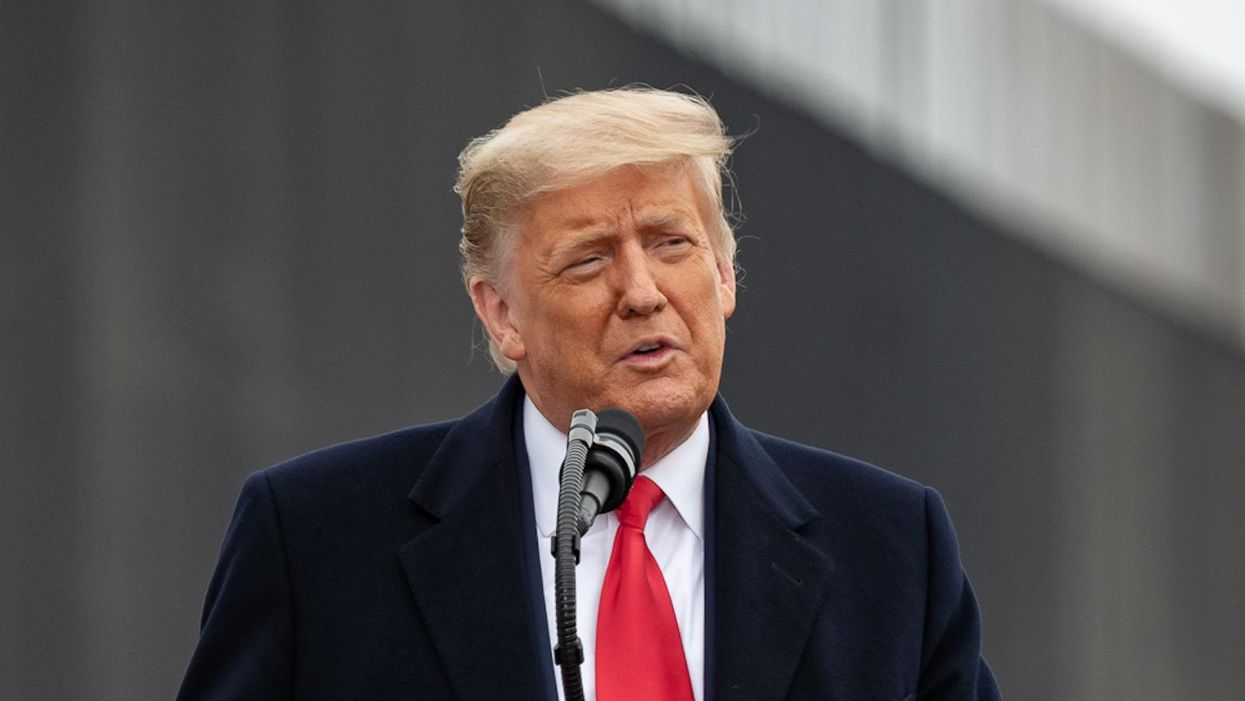 The Constitution endows the President with the "power to grant reprieves and pardons for offenses against the United States." Pardons have generally been granted after conviction and sentencing, but since Ford pardoned Nixon, there is precedent for pardoning someone who has not even been charged with a crime. Lawyers call this a "pre-emptive pardon." But is any kind of pardon valid when riddled with corruption? The question would appear to answer itself.

A close analogy would be a contract with the government infected with a conflict of interest because the procurement officer's daughter's father-in-law owns a stake in the counter-party. Lawyers would say that such a contract is void ab initio, lawyerspeak for void and of no legal effect.

Trump recently pardoned 26 individuals. Among them were the four paid assassins of 17 Iraqi civilians, including two boys 8 and 11. The four assassins worked for an outfit called Blackwater. Blackwater's guiding spirit is Erik Prince, a close Trump ally and the brother of his education secretary, Betsy DeVos. Michelle Goldberg, writing in the New York Times, called the Blackwater war crimes pardons the "most disgusting." Republican Senator Ben Sasse of Nebraska called the pardons "rotten to the core."

Included in the spate of pardons is a convicted Trump family member (his daughter's father-in law), and three convicted political cronies, who would be prime candidates to testify against him should the Russia probe get new legs after Trump leaves office.

More pardons are strongly rumored to be in the on-deck circle in the final days of the Trump administration. Trump may pardon Julien Assange, the guiding spirit of WikiLeaks, who knows whether someone associated with Trump gave him a trove of emails, which the Russians hacked from the Democratic National Committee and the private servers of Hillary Clinton. Also on the pardon horizon are Trump's older children, his lawyer and close associate Rudy Giuliani, as well as the big enchilada, Trump himself.

But are the pardons void from the start when corrupt, and intended to abuse public power for the private benefit of the President? I say private benefit, because the triumvirate of pardon recipients, Manafort, Flynn and Stone, are potential witnesses against Trump after he leaves office. And then there is the family member and the political cronies.

The Supreme Court held in 1878 in Throckmorton v. United States that "fraud vitiates everything." By "fraud," the Court did not mean the kind of phony fraud Trump and his lawyers are alleging is sufficient to overturn the election That's a nice try. The Supreme Court meant fraud established by clear and convincing evidence solidly grounded in factual support. The principle that fraud vitiates all is a venerable one, and has been reaffirmed over centuries of English and American law. Fraud would embrace within its bosom corruption and conflict of interest.

The Constitution also defines treason as another "high crime and misdemeanor" for which a President could be impeached and removed, so could a presidential pardon of the President's confederates in a treason conspiracy conceivably stand? I would argue not, and so would many lawyers I know.

Corruption is defined as betraying a public trust for personal benefit. Isn't the pardoning of a potential witness against you, a corrupt act by a President? Or pardoning a close relative? Need a personal benefit be a cash payment, or can it also be something else of personal value? The act of pardoning a potentially cooperating witness may in itself be an obstruction of justice even if the pardon is valid. But isn't the pardon null and void under the doctrine of "fraud vitiates everything?"

If the President pardons someone corruptly, he may in contemplation of law be really pardoning himself. Here, there is no clear authority because no President has ever tried it before. But limitations on self-pardon come from a number of legal sources.

First, there is the venerable English principle, which requires no discussion that "no man shall be the judge in his own cause." And certainly not Donald Trump.

Then, the Constitution speaks of the President's "power to grant reprieves and pardons." Madison and Hamilton could have used the words "confer" or "give", had they wanted to, but they chose the word "grant." Under settled legal definitions, the term "grant" comprehends "everything that is granted or passed from one to another." Napoleon may have crowned himself emperor, but the President of the United States cannot "grant" a pardon to himself.

In addition, the Constitution specifically bars the President from using the pardon power to prevent his own impeachment and removal. It adds that any official removed through impeachment remains fully subject to criminal prosecution.

The provisions, read together, would make no sense if the president could pardon himself because if he did, he would not be subject to criminal prosecution after impeachment, the very remedy the Constitution explicitly preserves.

Are self-pardons OK? How about unlimited preemptive pardons? The two questions may seem unrelated, but they are not. Presidents who assume they can pardon any and all federal crimes they themselves may have committed while in office will know from the time of their inauguration that they are above the law, not the servant of the law. The Supreme Court has rejected this argument whenever it has been presented.

Curiously, almost all the pundits, constitutional lawyers, and members of the professoriate are laying down their arms, largely conceding that the President has broad powers to pardon anyone in the world, with the possible exception of himself. But are they giving too much away?

Of course, the issue of whether corrupt pardons stick, will only arise if Biden's Attorney General tries to indict a pardoned wrongdoer. But don't rest so easy, Manafort, Stone and Flynn. And, don't be so certain, Donald Trump, either. You may not be so safe as you think.

James D. Zirin, a lawyer and former federal prosecutor, is the author of Plaintiff in Chief-A Portrait of Donald Trump in 3500 Lawsuits.