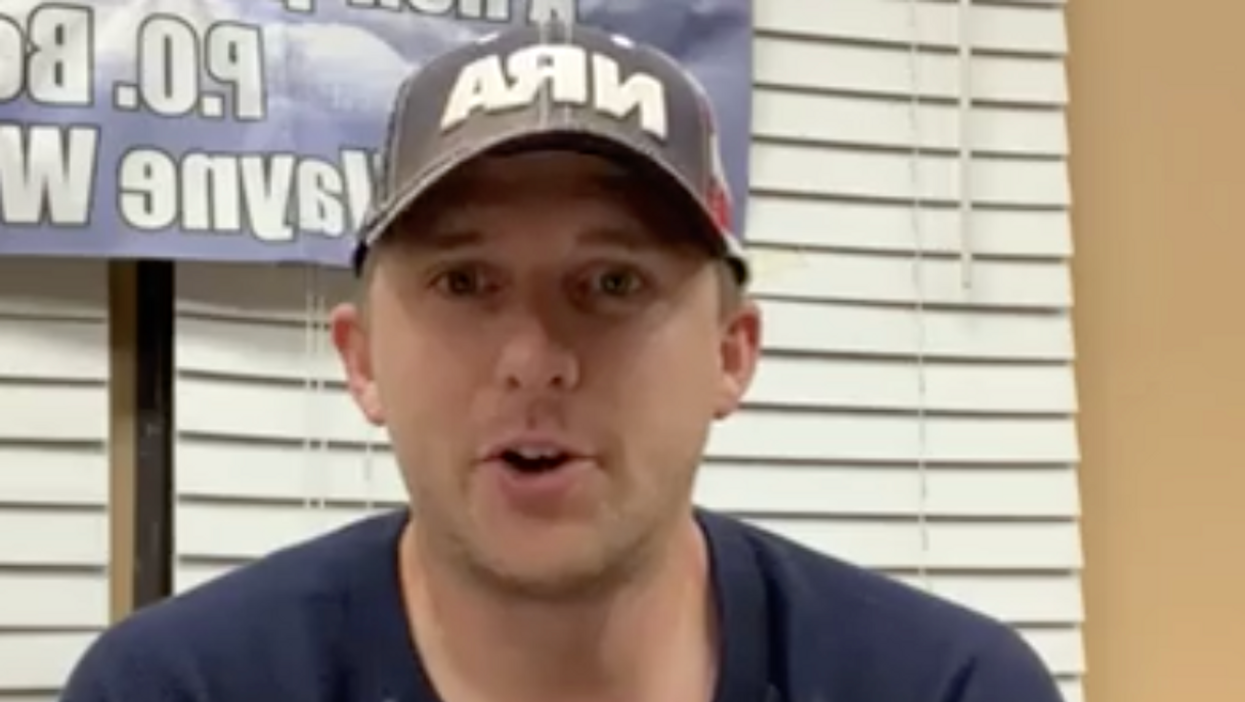 A newly sworn-in member of the West Virginia House of Delegates was among the pro-Trump mob that breached the U.S. Capitol during Wednesday's Congressional hearing to certify President-elect Joe Biden's electoral college victory.

According to WV Metro News, Derrick Evans (R-Wayne) made himself known by live-streaming his attendance as Trump supporters forced their way past law enforcement on Capitol Hill. At one point, he even uploaded footage of the U.S. Capitol's interior as he made his way through a door. He could be heard saying, "We're in! We're in! Derrick Evans is in the Capitol!"

Although the videos were quickly removed from his social media account, social media users had captured screenshots and filmed their own clips of his original video.

To justify his attendance on Capitol Hill, Evans shared a Facebook post explaining why he there. According to Evans, he was in Washington D.C., as "an independent member of the media to film history." He also claimed to not have participated in any of the "destruction" that had taken place despite illegally breaching the Capitol building.

"I want to assure you all that I did not have any negative interactions with law enforcement nor did I participate in any destruction that may have occurred," he stated.

West Virginia's Legislature will be meeting next Wednesday for a one-day session to appoint its new leadership and set ground rules. In a statement, West Virginia House Speaker Roger Hanshaw (R-Clay) said he was not pleased with the chaos that erupted in Washington D.C., on Wednesday, Jan. 6.

The top-ranking state Republican lawmaker said, "what occurred today is unpatriotic, un-American and I condemn it in the strongest terms possible."

"Like most Americans, I am shocked, saddened, angered and disturbed by the images coming out of our nation's Capitol today," Hanshaw said. "The peaceful transfer of power is a bedrock principle of our republic and is what has held the United States up as that shining city on a hill for nearly 250 years."

He added, "I have not spoken to Delegate Evans about today's events, I don't know the specifics of his involvement, I have only seen what has been posted on social media so far, and I'm sure more details may come out soon. He will need to answer to his constituents and colleagues regarding his involvement in what has occurred today."

Hanshaw also highlighted the distinct difference between free speech, peaceful protest, and a " violent intentional disruption" of the United States' most fundamental political institutions as he described the mob's actions as a crime.

"While free speech and peaceful protests are a core value of American society, storming government buildings and participating in a violent intentional disruption of one of our nation's most fundamental political institutions is a crime that should be prosecuted to the fullest extent of the law."