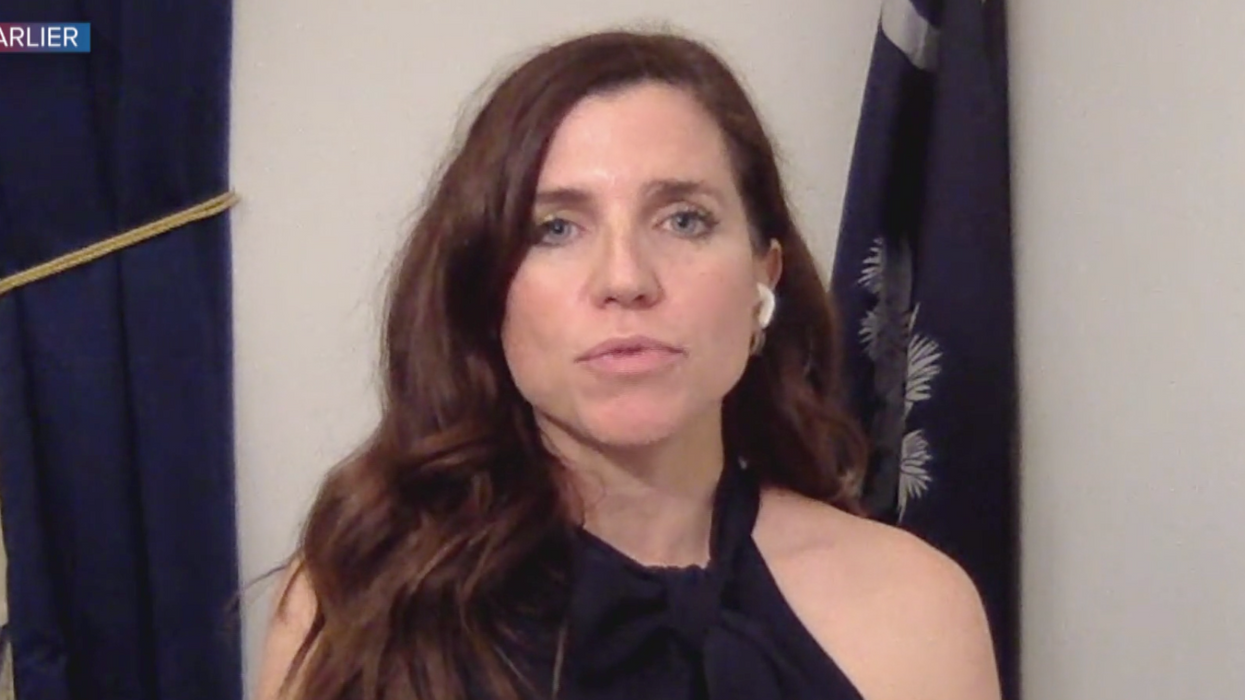 Republican Rep. Nancy Mace of South Carolina campaigned for President Donald Trump in 2016, but during an appearance on CNN's "New Day" on Thursday morning, January 7 — the day after a mob of far-right pro-Trump extremists violently invaded the U.S. Capitol Building — Mace didn't hesitate to condemn the president forcefully.

Mace told CNN's John Berman, "I'm a fiscal conservative. I appreciated the lower taxes that we had, the economic growth, Operation Warp Speed during the pandemic — all of these were great for our country. But all of that, his entire legacy, was wiped out yesterday. We've gotta start over. We don't have the ground that we need to push forward and do the things that we need to do to be successful and be the voice for hard-working Americans."

The congresswoman added, "We cannot condone the violence…. We need to have leadership more than ever right now in this country. We've gotta rebuild our nation and rebuild our party."

The violent mob of Trump supporters who invaded the Capitol Building on Wednesday, January 6 were hoping to prevent Congress from ratifying the electoral college victory of President-elect Joe Biden. Trump has been making false and totally debunked claims that the 2020 presidential election was stolen from him because of widespread voter fraud, and the violent MAGA mob obviously bought into that. But the mob only succeeded in delaying January 6's joint session of Congress, not preventing it. And the U.S. House of Representatives and the U.S. Senate later resumed their session and certified Biden's victory. The inauguration of Biden and Vice President-elect Kamala Harris is set for January 20 — less than two weeks from now.

Berman asked Mace, who served in the South Carolina House of Representatives before being elected to the U.S. House of Representatives in 2020, how much "responsibility and culpability" Trump's GOP supporters in Congress have for the violence that occurred on January 6. And the 43-year-old Republican responded, "They should be taking 100% responsibility for this. They have enabled this…. This is un-American. A pipe bomb, multiple pipe bombs, allegedly (were) dropped off at the headquarters of the Republican Party. This is Third World country stuff, and it needs to stop."