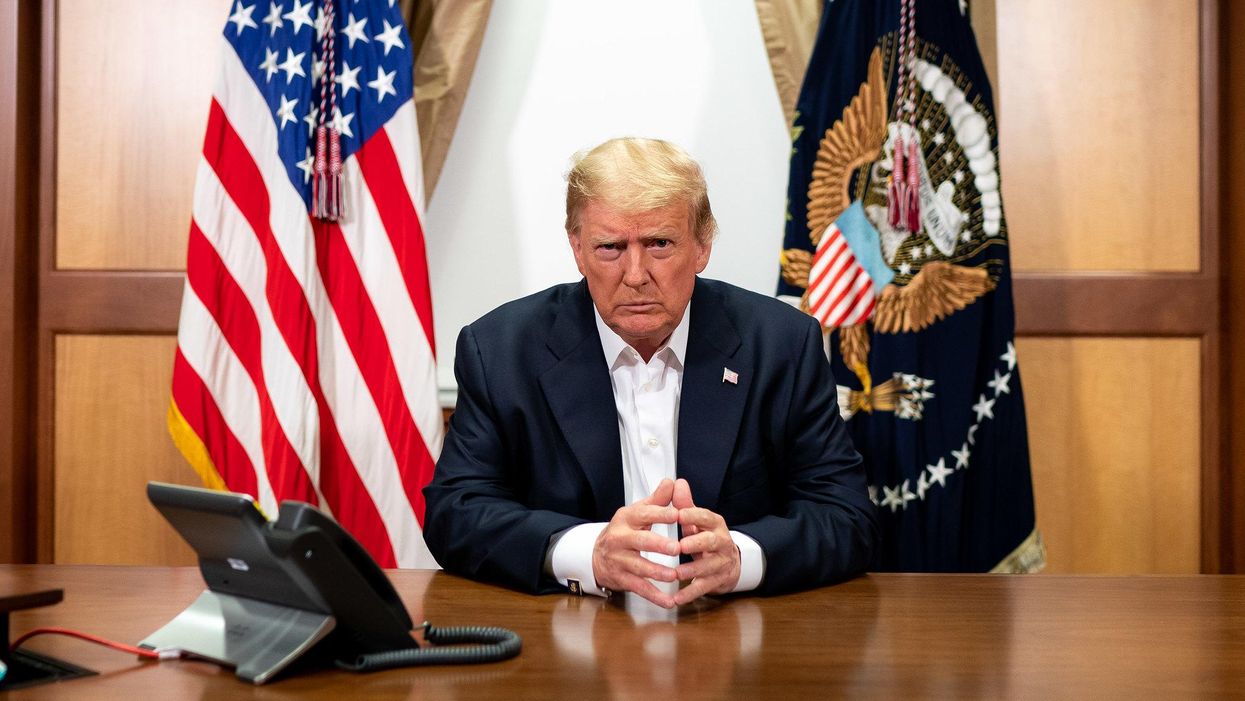 Bandy X. Lee is a forensic psychiatrist, editor of The Dangerous Case of Donald Trump, and president of the World Mental Health Coalition, a group of mental health professionals who have "come together in historically unprecedented ways to offer our consensus view that Donald Trump's mental state presents a clear and present danger to the nation and the world."

In light of Trump's most recent impeachable behavior, Lee is once again sounding the alarm bells about our pr*sident, as she has for much of the past four years.

In light of the latest Trumpian outrage (the sort that we've, sadly, become all too accustomed to), Lee is once again reasserting her professional assessment that Donald John Trump has an overweening fondness for Cocoa Puffs.

You see, this morning The Washington Post released a recording of a call Trump recently made to Georgia Secretary of State Brad Raffensberger, during which Trump harangued his fellow Republican, begging him to find the 11,780 votes they would need to flip the state to His Loathsomeness.

Raffensberger declined, because there simply are no more Trump votes to be found. They've searched all the rivers, ditches, and back-alley cardboard boxes and … bupkis.

Biden won, and that has melted Trump's wee cotton-candy cortex.

So what would happen if we saw this kind of behavior in a non-president?

"Please remember that, in every other situation, with any other citizen, he would be deemed a danger to himself, others, and the public and would meet criteria for an involuntary mental health hold." "

As health professionals, we are bound by our ethics codes not to walk away from a medical emergency. In many states, if the authorities fail to contain the dangers, we are required to take steps to protect potential victims."

"How much longer will we pretend that this is not a mental health issue that requires intervention, and rather than a political one that should continue to play out?"

I listened to Trump's call to Raffensberger. It was like Hitler telling his generals to release the half-gorilla, half-human super soldiers he told them to get working on back in the summer of '39. What? They don't exist? Yes, they do. Stop lying, Dr. Mengele. There's no way Gen. Eisenhower has defeated me! He spent half the war drawing battle maps in his basement! FAKE NEWS!

With just 17 days to go until Joe Biden is president, it might be a bit late in the game to slap Trump into a straitjacket and randomly toss morsels of bread and trail mix at his face. Of course, that doesn't necessarily mean it's too late. And since he's fraying at an exponential clip, I suppose it could still happen.

We've seen a lot over the past several years. What's one more inconceivable thing to add to the pile?