This is just the beginning of Trump's legal woes 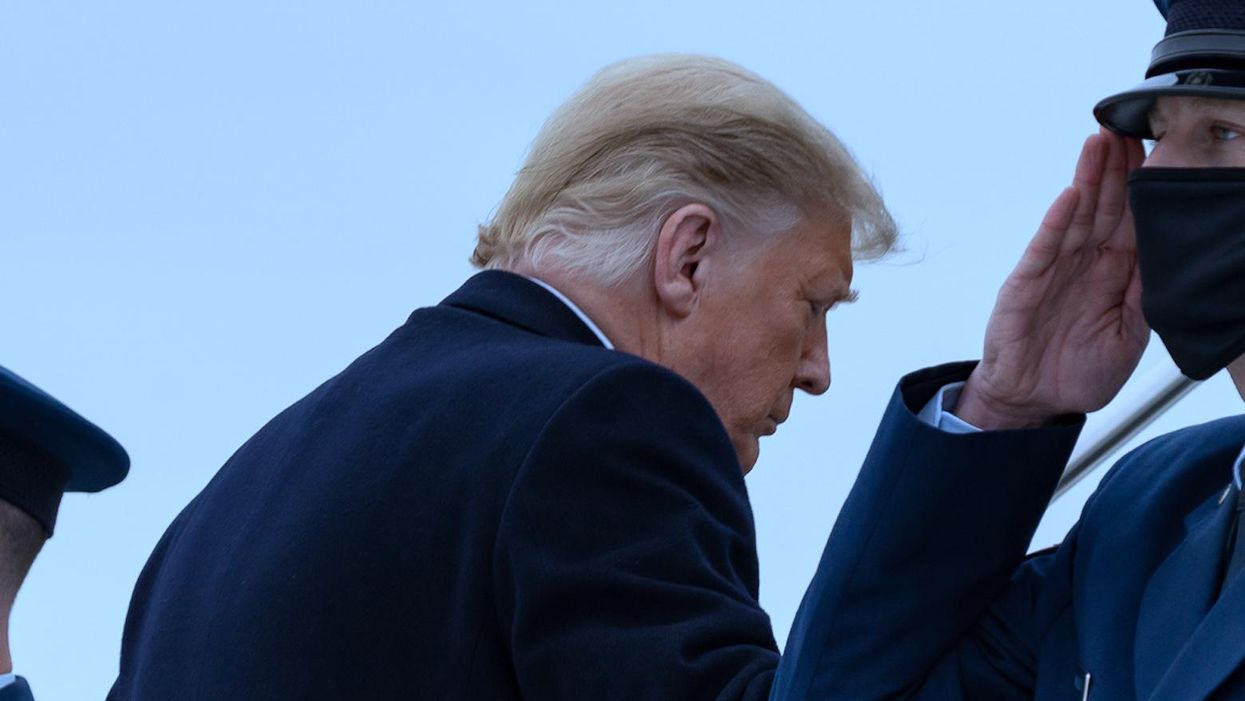 By becoming the first president to be impeached twice, Donald Trump's controversial and divisive term as president is reaching a surreal ending. Although he will likely remain in office and finish his term on Jan. 20, the impeachment is the opening salvo of investigations and allegations of wrongdoing that will define his legacy.

After Joe Biden assumes the presidency, Trump may face criminal and civil charges at both the federal and state levels for actions before and during his tenure as president. He's reportedly so nervous about ongoing investigations that his discussions with advisers about pardoning himself and his children have intensified since he incited the raid on the U.S. Capitol on Jan. 6. Some of them have warned against it.

Criminal cases are the most serious, involving offences against the state and prosecuted by government agencies. In contrast, civil cases are disputes between two parties that typically result in monetary payments.

As president, Trump was protected from prosecution because of a longstanding Justice Department policy that sitting presidents cannot be charged with unlawful behaviour that occurs while in office. Rather, Congress, via impeachment, has the power to punish a president for wrongdoing.

But with the end of Trump's presidency, the U.S. attorney general in the Biden administration could charge him for criminal wrongdoing that occurred while he was in office. The federal government could begin to investigate Trump for income tax evasion while he was in office and prior to his election in 2016.

There is a long tradition in the United States of using tax evasion charges when other means to prosecute fail. Another flamboyant entrepreneur born in New York learned this the hard way: Al Capone.

Before Trump incited the storming of the Capitol on Jan. 6, it seemed improbable that Biden's administration would consider seeking criminal charges. Biden stated in August 2020:

“I think it is a very, very unusual thing and probably not very … how can I say it? … good for democracy to be talking about prosecuting former presidents.


Even after Trump's outrageous behaviour during the last weeks of his presidency and his impeachment, and even if there is evidence of tax evasion, it remains unlikely that Biden will authorize the unprecedented step of the federal government taking a former president to court on criminal charges.

An enormous investment in political capital by the new administration would be required, and a ferocious backlash from Republicans would ensue while placing Trump firmly back in the stoplight.

At the same time, failing to charge Trump if there's sufficient evidence uncovered to warrant charges creates a situation in which presidents solidify their immunity. As Biden himself noted in August: "I don't think anyone's above the law."

But Biden added he does not know all the details of the pending cases regarding Trump, would leaver decision to Jus… https://t.co/XWeaVdllYX
— Johnny Verhovek (@Johnny Verhovek)1596722102.0

Regardless of rhetoric about justice being blind, any decision to charge Trump with a federal criminal offence is at least partly political, and will rest with Biden. At the moment, it continues to be improbable that Trump will face federal charges.

The state of New York

State charges, however, are another story.

Distinct and separate from the federal government, the state of New York is conducting criminal investigations into Trump and his businesses. They include probes into potential bank, tax and insurance fraud, as well as the falsification of business records.

The state also has a separate civil investigation of tax fraud by Trump and his company.

Although these investigations and potential charges are the responsibility of a Democratic state government, ultimately Biden could call the shots. Regardless of the constitutional independence of state governments, the decision to charge Trump in New York could be made from the Oval Office given the political ramifications and the precedent-setting nature of charging a former president.

However, the calculus might be different than for federal crimes in that charges laid in New York provide a degree of cover and distance for the Democrats in Washington. Nevertheless, it is doubtful that Biden will see much advantage for his administration in seeing Trump charged in New York.

Two women are suing Trump for defamation for calling them liars after they accused him of sexually assaulting them before he was elected. These civil lawsuits have been slowly proceeding while Trump served his term, since sitting presidents don't have immunity from civil lawsuits for acts committed before taking office.

These are the weakest the legal cases Trump will face given he's merely accused of lying rather than having engaged in unlawful behaviour despite 26 women accusing him of sexually assaulting them. At the moment, it's probable that these cases against Trump will result in a monetary payment or an apology.

Some might hope Trump's second impeachment and the legal proceedings that could be about to begin against him will bring a measure of censure and closure to his term in office and redress some of his excesses in the White House.

But this isn't likely to happen as the political cost to prosecute an ex-president is extraordinarily high and also runs the risk of making him a martyr to his base.