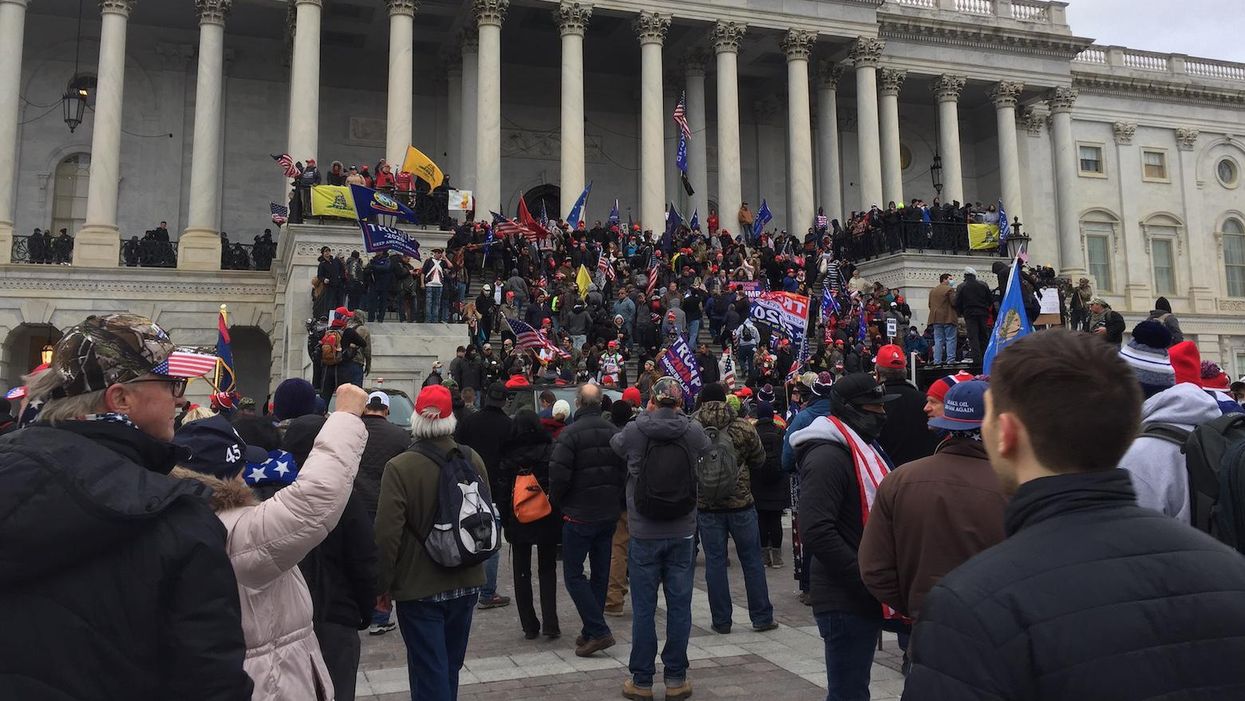 A disturbing montage highlighting the dangerous rhetoric that preceded the U.S. Capitol riots is now circulating on social media. According to HuffPost, the clip was released by "The Daily Show with Trevor Noah" on Wednesday, Jan. 13.

It highlights incendiary language from President Donald Trump, his family members, allies, and a number of Republican senators including Sens. Ted Cruz (R-Texas) and Josh Hawley (R-Mo.) and many other conservative public figures along with baseless reports about the presidential election from right-wing news outlets.

Although Trump did not win the popular vote in 2016 or 2020, many Republicans have continued to insist the president was cheated. Many of the president's supporters dangerously claimed he won the election when he did not. As the Electoral College certification date neared, Republicans' rhetoric intensified with more calls for fighting back and taking back "their" country.

Shortly before Trump supporters stormed the U.S. Capitol, the president, his son, and his personal attorney took the stage at the "Save America" rally outside the White House to promote a march to the Capitol in hopes of overturning the presidential election.

Saluting the Heroes of the Insurrection | The Daily Social Distancing Show youtu.be

Trump claimed his supporters needed to be heard and he also suggested lawmakers needed a bit of persuasion to overturn the election. At one point during his speech, he also encouraged them to "fight like hell."

To make matters worse, he also made Vice President Mike Pence a target for his supporters' ire as he falsely suggested that he had the power to overturn the election. His sons, Donald Trump Jr., and Eric Trump also made inflammatory remarks at the rally. Giuliani could also be heard encouraging "trial by combat."

The president's dangerous rhetoric has led to him and other right-wing extremists being banned from multiple social media platforms. Banks and other major companies have also opted to sever ties with the president and his businesses.

On Wednesday, Jan. 13, Trump was formally impeached by the House for inciting an insurrection.