Trump is impeached again — but we've already tipped into the abyss 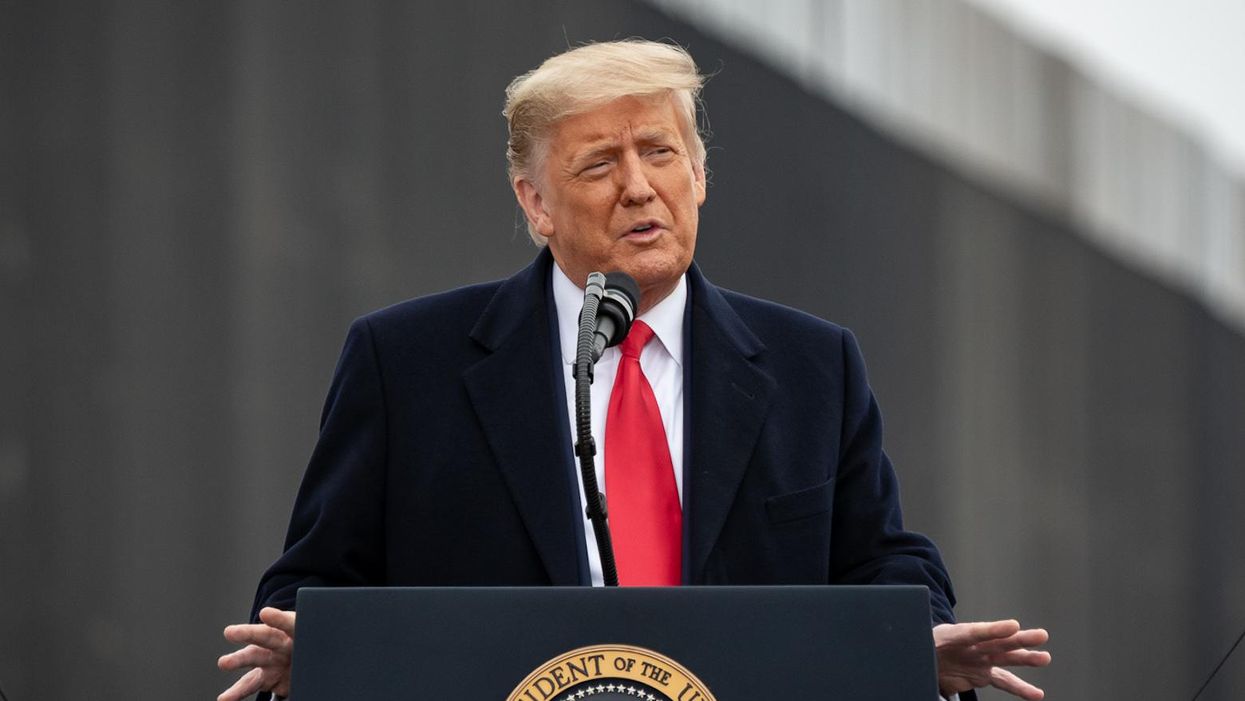 Just a week after the U.S. Capitol was attacked by his supporters, Donald Trump has become the first president of the United States to be impeached twice. But regardless of how Trump leaves the White House — the Senate won't act on the impeachment before Joe Biden's inauguration on Jan. 20 — the domestic terrorism he has inspired will not end there.

Democrats in the House of Representatives — as did 10 brave Republicans, none of whom voted in favour of Trump's first impeachment a year ago — made a compelling case for removing the president in the final days of his administration.

During Trump's four years in office, lies, ignorance and a thirst for violence have desensitized America to the point where a right-wing mob could attack police in broad daylight, break into the U.S. Capitol and occupy the Senate chamber.

America no longer lives in the shadow of authoritarianism. It has tipped into the abyss.

The domestic terrorism of Jan. 6 will not end there. This was Trumpism in full bloom, in all its ignorance and lawlessness, proving again that fascism begins with language and ends with violence.

Trumpism is a new political formation, blending white supremacy, voter suppression, market fundamentalism and authoritarianism, and it will survive long after Trump leaves the White House.

The travesty in Washington had been building for years in the dark recesses of conspiracy theories, lies, the dark web, white rage and hatred of those its adherents consider “enemies of the people."

The mob on Capitol Hill was reminiscent of thugs roaming the streets of Germany in the 1930s brutalizing dissenters and “others" in the deranged Nazi notion of racial and political cleansing.

Trump has fanned fascist impulses consistently through the language of violence and division, aided by right-wing media outlets such as Fox News and Breitbart.

The storming of the Capitol reaches far beyond Trump's toxic personal politics, incompetency and corruption. Such violence —rooted in ultra-nationalism, xenophobia, white supremacy, systemic police violence and anti-immigration bigotry — has a long history in the U.S. It has lately been normalized as a right-wing populist movement, which Trump brought to the surface of American politics and has worn like a badge.

He came to power by seizing upon the fears of whites and white supremacists who imagined themselves under siege. Since then, he has deliberately energized those followers.

Trumpism refers less to a person than to a dangerous movement and social base.

As a new cultural and political construct, it merges a ruthless capitalist rationality, growing inequality and commitment to white nationalism. These forces have deep historical roots.

They have congealed under Trump into an emotionally charged, spectacularized and updated form of authoritarianism. He has merged it with the apparatus and regressive values of a cruel capitalism to undermine democratic institutions and values.

As an anti-democratic ethos, it has opened a political chasm in which any attempt to unify the nation appears almost impossible, creating a toxic breeding ground for violence, cruelty, exclusion and racial cleansing.

In plain view, Trump flouted, ignored and destroyed institutions of accountability. He degraded political speech. He openly used his office to enrich himself. He publicly courted dictators.

His extremist supporters, like the Proud Boys, seethe with racism. They value violence as the only remedy that can provide relief and gratification.

Trumpism is intent not only on capturing institutions of the state for personal and political gain, but also controlling language, media and popular culture as a way of emptying politics of substance and reducing it to spectacle.

Criticism has become “fake news" unworthy of serious reflection or analysis. Trumpism shreds shared values and national unity into distrust and fear. It disdainfully views the common good and democratic values as registers of weakness and resentment.

Molded in the crucible of populist, racist, and authoritarian nationalism, Trumpism produced a tsunami of repressive political, economic, and social policies.

Children of undocumented immigrants were caged. Military forces were deployed to attack peaceful demonstrators in cities like Portland.

Near the end of Trump's term, many Republicans boldly attempted to use fabricated allegations of fraud to overthrow the election.

Trumpism emerged from the wider crisis of neoliberalism, which could no longer lay claim to democratic values while accelerating wars and fostering an unprecedented degree of inequality of wealth and power.

Trumpism is more of a cult than an ideology. Trump's egregious bungling of the COVID-19 pandemic had profoundly lethal consequences, yet his actions did little to undermine his support, especially under the moral and political blackout legitimated by a Vichy-like Republican Party.

Trumpism is a giant disinformation machine that aims to colonize culture and public consciousness by emptying them of democratic values and destroying institutions that nurture critical thought and civic courage.

Making use of modern cultural constructs such as Twitter and Facebook and friendly media outlets such as Fox News, Newsmax and Breitbart, his efforts married power and civic illiteracy. The public sphere has become a barrage of bomb-like daily events that obliterate the space and time for contemplating the past, while freezing the present into a fragmented display of shock. Under such circumstances, the lessons of history disappear.

The logical outcome is a rush to the comfort of strongmen who offer the swindle of fulfilment.

Trumpism defines power as immunity from the law. How else to explain the pardoning of grifters, political cronies and war criminals?

Until it is understood as a broad cultural crisis rather than simply as an economic and political crisis, Trumpism will continue to undermine the ability of individuals and institutions to think critically.

There is no democracy without an educated citizenry and no democracy can survive this glut of ignorance, fear, precarity, commercialization, concentration of power and illusion of freedom.

If Trumpism is to be resisted, America needs a new language, politics and sense of purpose.

In the aftermath of Trump's second impeachment, Joe Biden's administration must establish a national effort — criminal investigations, hearings, trials and public assemblies — to hold accountable those who committed crimes under the Trump regime and to educate the public.

The time has come for America to reclaim its utopian ideals of justice, compassion, freedom and equality.

Henry Giroux, Chaired professor for Scholarship in the Public Interest in the Department of English and Cultural Studies, McMaster University