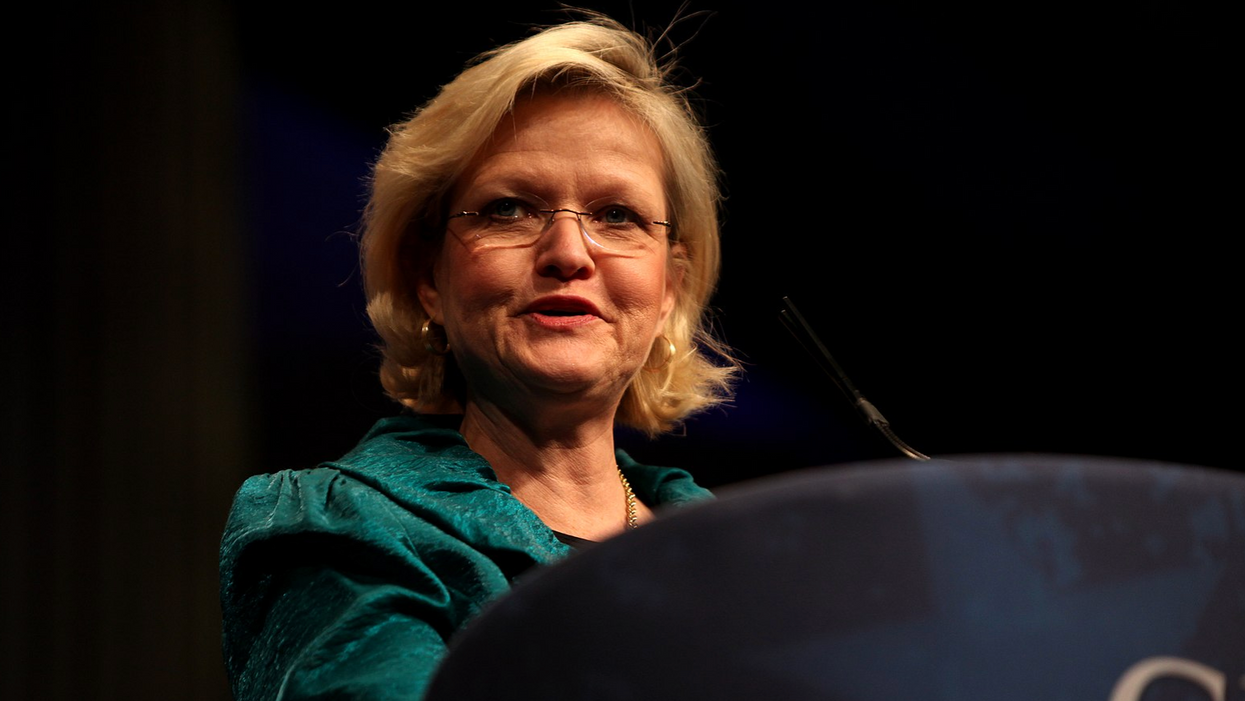 Cleta Mitchell, a conservative attorney and activist who assisted President Donald Trump during his call to the Georgia Secretary of State during which he tried to overturn the results of the election has resigned from Foley & Lardner, the prestigious "white shoe" law firm at which she was a partner.

In a letter to clients Mitchell claimed there had been "a massive pressure campaign in the last several days mounted by leftist groups via social media and other means against me, my law firm, and clients of the law firm, because of my personal involvement with President Trump, his campaign and the White House," the Washington Examiner reports.

Mitchell has a long history of working against LGBTQ people, Democrats, and of working to gin up false claims of voter fraud, which often are attempts to disenfranchise minority groups. Ironically, Mitchell appeared at the White House alongside President Trump (photo) last August to celebrate the 100th anniversary of the ratification of the 19th Amendment which gave women the right to vote – something her activism works to block.

She is the Chairperson of the Public Interest Legal Foundation (PILF), which Reuters reports said was part of a group "determined to push back on what she called a 'very well-planned-out assault' by Democrats and progressives to manipulate the system by attempting to change the rules on counting ballots after Election Day," which is false.

"We are aware of, and are concerned by, Ms. Mitchell's participation in the January 2 conference call and are working to understand her involvement more thoroughly," the firm said in a statement Monday.

By Tuesday she was gone from Foley & Lardner, which even scrubbed her bio from its online directory.