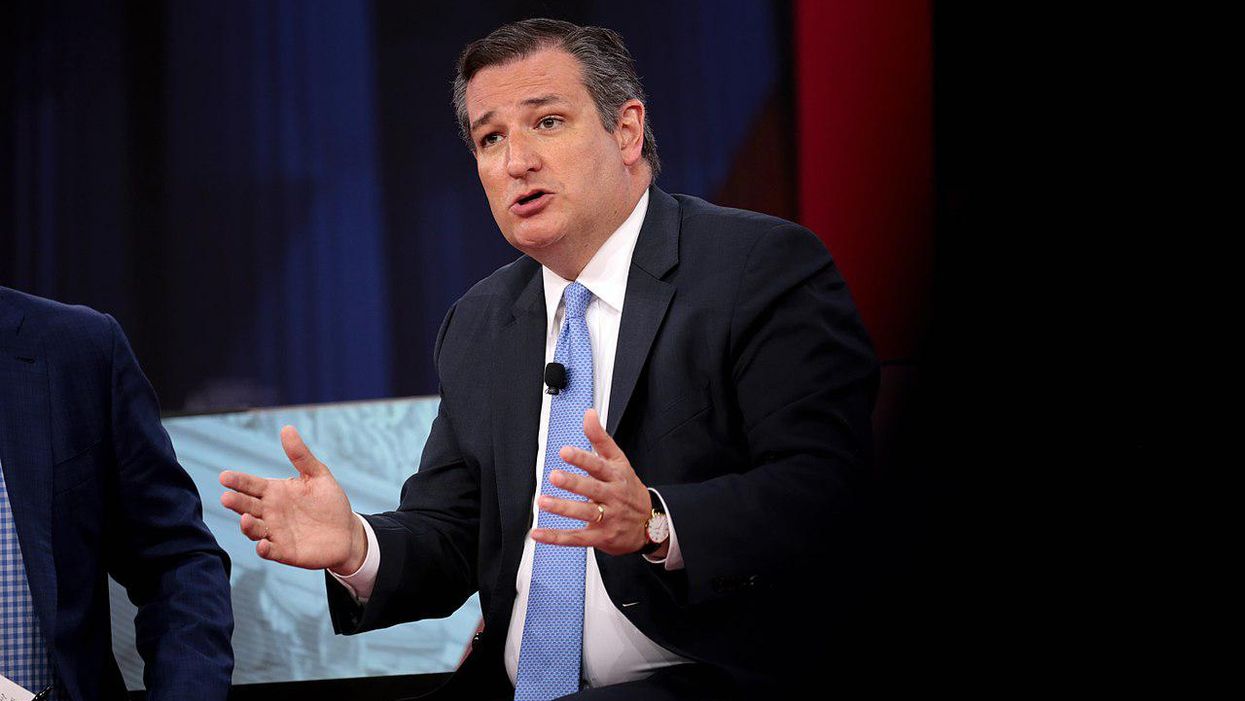 On Tuesday morning, Republicans in Pennsylvania refused to seat a Democratic state senator because his Republican opponent would not concede. The vote has been counted. It's been recounted. It's been certified. It's stood up to numerous court challenges. Still, Republicans decided to leave the citizens of the 45th district without a senator rather than swear in the certified winner, simply on the basis that his Republican opponent still claims to have won.

Sound familiar? Donald Trump has demonstrated for Republicans that all traditions, regulations, and even laws are only meaningful if someone enforces them. And that when you have the power … there are no laws. On Wednesday, Republicans will execute what is, hopefully, the final move in their series of attempts to illegally hold onto power following Trump's election loss in 2020.

Imagine a bank. Now imagine a bank robber. One night, that robber tries to pick the lock on the bank and is caught, but … he's let go. The next night he throws a rock through the bank's window and is caught, but he's let go. The next day he's back with an attempt to bribe the security guard. The day after that it's a threatening note to the teller. The next day he has some hired muscle. The next day, something else. So long as the bank robber is certain that he can attempt to get at the contents of the bank day after day with no consequence, he will. And because there is no consequence to the attempts, the outcome is certain: One day, the robber will walk away with the money.

That's where we are now, not just with Donald Trump, but with the whole of the Republican Party. It's been almost exactly a year since Republicans in the Senate made it clear to Trump they would use their power to back his power, assuring him there would be no consequences for his actions in Ukraine. The perfectly predictable Susan Collins followed this event by going on national TV to announce that she believed Trump had learned his lesson. She was absolutely right.

And it wasn't only Trump. This has been a mutual learning experience, one that reinforced everything they had learned before.

After all, when William Barr was attorney general under George H. W. Bush, he showed how that position would be used to absolve White House staffers of serious crimes. When Newt Gingrich took control of the House, he showed how tradition and procedure in that chamber could be used to turn it into an engine for hate and disinformation. When Mitch McConnell laid hold of the Senate, he demonstrated how the most slender majority could simultaneously ruin the legislative branch while stacking the judiciary. Finally, Trump has built on the real legacy of Ronald Reagan—running roughshod over the law; dividing the nation for both power and profit.

In the 2020 elections, Trump used false claims of election fraud to arrange a $500 million personal windfall of funds from his supporters, while spending a trivial amount on recounts he knew wouldn't work, and court cases he knew would fail. The real action was behind the scenes. That's where Trump was making calls like the one he made to Georgia Secretary of State Brad Raffensperger and which Pennsylvania Lt. Gov. John Fetterman confirms have also been made to Republican officials in that state.

Fetterman also serves as a good example of what happens when officials refuse to go along with a coup in progress. On Tuesday, Republicans simply voted to remove Fetterman from his constitutional role presiding over the Senate. When Fetterman refused to accept this or surrender the podium, they simply stood someone else up beside him. The Republicans then proceeded to swear in every Republican state senator, and refused to swear in the Democratic senators until the—again, duly elected and certified winner—for the 45th district was removed from the room. Fetterman was left a bystander to events, with his attempts to uphold both tradition and the law waved away by men who realize that power trumps both.

It's possible, even likely, that on Wednesday the Republicans pushing Trump's conspiracy theories and disinformation will burn their allotted time, sit down, and then Mike Pence will reluctantly read the results of the Electoral College and declare Joe Biden the winner. It's also possible, considering Pence's spine of purest clay, that he will refuse to read the results, or play some other game suggested by the likes of Louie Gohmert, forcing the Supreme Court to make an ugly end to what should have been a simple, ceremonial event.

But one thing is certain: If there are no consequences to this attempt at daylight robbery, they will be back again. With dynamite. There has to be punishment, punishment both swift and sure, or the outcome of this fight is a foregone conclusion.