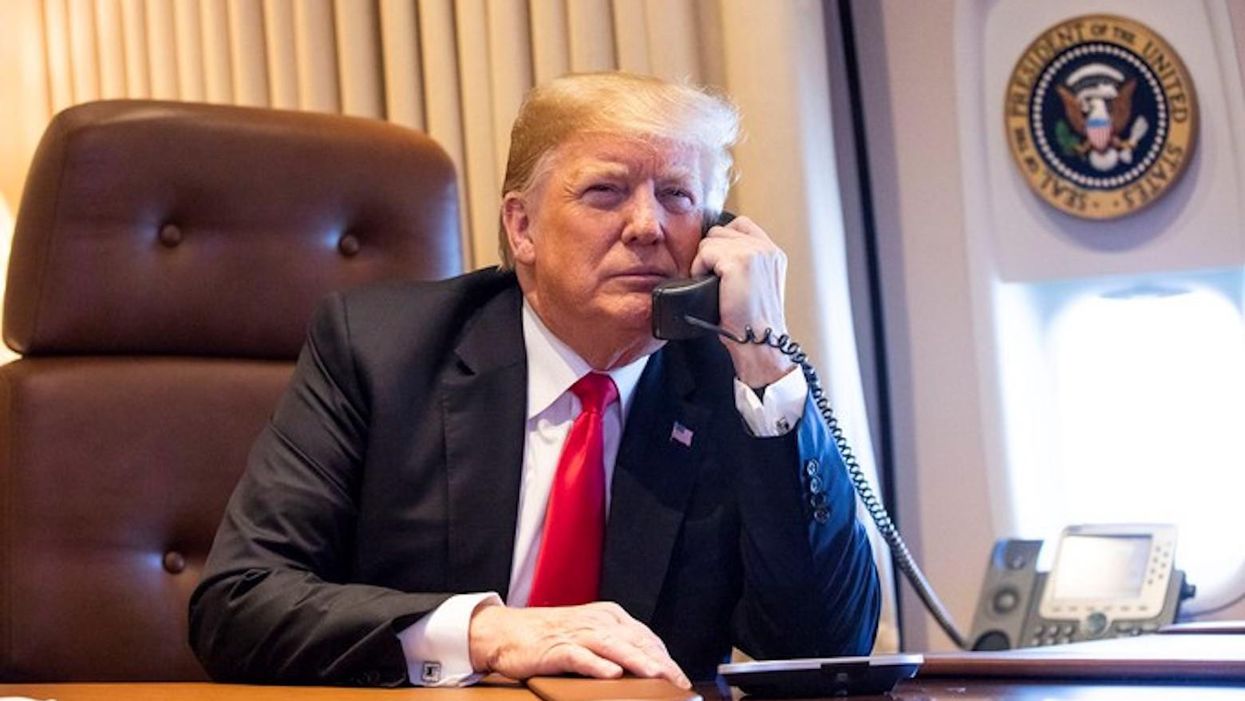 Last week, Donald Trump finally left the White House, after two and a half months of trying to steal the election — which culminated in Trump inciting a violent insurrection at the Capitol. Even before he sent a mob to violently interrupt the certification of Joe Biden's win on January 6, Trump's efforts to overturn the election were relentless to the point of being uncountable: Dozens of lawsuits (which were nearly all struck down), pressure campaigns on local election boards and state legislators, an extortion scheme against Senate Republicans, threats against state officials, demands that then-Vice President Mike Pence illegally invalidate the election, and even meetings to explore the possibility of a military coup.

In the face of all this, a narrative has shaped up: Trump's failure to pull off a coup was largely due to his own shortcomings.

It's a narrative that started early, with Max Boot of the Washington Post opining shortly after the election that he's "never been more grateful for President Trump's incompetence," because he "can't even organize a coup d'état properly." It culminated in Adam Serwer of the Atlantic arguing that Trump's "assault was most often futile, almost always buffoonish."

To be clear, no one is saying that Trump's efforts were inconsequential, just because he failed to steal the election. Even Ross Douthat, who was most devoted to the "incompetence" narrative, admitted in his New York Times column that it was bad that a violent mob had descended on the Capitol, killing a police officer and coming perilously close to getting their hands on the lawmakers they were threatening. As Ed Kilgore wrote last week at the New Yorker, the lesson we all learned is that there were "some moments of real peril," and Trump got distressingly close to pulling it off at times. Still, the focus on why Trump failed is largely on his own inadequacies and bad planning — Kilgore suggests he could have succeeded with "better timing and better lawyers" — and some lucky breaks, such as the quick thinking of some Capitol police who saved lawmakers from the insurrectionists.

Over the weekend, however, a piece by Alexander Burns of the New York Times highlighted how much the credit to ending Trump's coup should go to Democratic and progressive activists. Far from standing by idly while Trump bumbled his way towards failure, these groups never underestimated Trump's likelihood of winning. If not for these groups and their organized and devoted efforts, the odds are quite high that Trump could have stolen himself a second term.

Defeating Trump took a "long season of planning and coordination by progressives who anticipated Mr. Trump's postelection schemes, including his premature attempt to claim a victory he had not achieved, his pressure campaigns targeting Republican election administrators and county officials and his incitement of far-right violence," Burns writes. It took a remarkable "degree of collaboration among progressive groups that often struggle to work so closely together because of competition over political turf, funding and conflicting ideological priorities."

The Democracy Defense Coalition brought together over 200 groups, guided by the correct assumption that Trump would try to stage a coup after he lost the election. Their work was largely quiet, no doubt to keep Trump and his minions from finding out about it and interfering with it. But without this coordinated response, it's quite likely Trump would have been able to pull off at least one of his many plans to steal the election.

As I chronicled at Salon back in October, with help from activists doing this work, defeating Trump required an organized, calm, and persistent response from Democratic voters. For instance, activists recognized that Trump was going to use the partisan divergence on voting styles — coronavirus-concerned Democrats would vote by mail and COVID-denying Republicans would vote in person — as a wedge point, and try to get mail-in ballots thrown out in large numbers. The counteraction to that was to convince Democratic voters to vote as early as possible, on the theory that ballots that arrived before Election Day were easier to protect from Trump's legal assault.

The strategy was effective.

In Pennsylvania, so few mail-in ballots arrived after Election Day that even if Trump had been successful in arguing that they should be thrown out, it wouldn't have changed the outcome of the election. The result was swifter court decisions shutting down Trump's challenges, depriving him of the momentum needed for a successful coup. As Burns notes, the activists had a nearly impossible task, of striking a balance between taking the coup seriously but also projecting an air of confidence that Trump would fail. Defeating a coup is very much about convincing the public that your side will prevail. This balance was struck, but not by accident. It took lots of hard work by activists, often working quietly behind the scenes, to organize progressives in a way that showed concern-but-confidence. The result was events such as one night in Philadelphia when pro-democracy crowds ran off Rudy Giuliani and Eric Trump from the convention center, where the two men were trying to whip a right-wing crowd up to harass vote counters. After Giuliani and Trump took off, the protest broke out into a dance party.

It's important to learn from this recent history for a very simple reason: The effort to end democracy isn't over.

Trump may run again, and as he did in every election he's been in, he will cheat and encourage others to cheat on his behalf. But even if Trump doesn't run again, he's empowered a movement of anti-democracy Republicans who will look for every advantage they can to nullify the results of elections they lose. Senate Minority Leader Mitch McConnell, R-Ky., is already doing this, with his plot to keep the Senate from even beginning business unless the Democratic majority simply relinquishes the power given to them by the voters.

To defeat the longer-term assault on democracy, it's critical for everyday voters to understand that they do have power, and that, by taking action, they can help preserve and restore democracy.

The reason why Republicans have gotten so far in their efforts to undermine democracy is that they've trained ordinary people into believing that efforts to stop them will all be in vain. The true story of how Trump was defeated, by regular people who fought for their democracy, is empowering. It can convince people to keep up the fight. So while no one should doubt Trump is an idiot, it's important to give credit where it's due for his defeat: On the progressives who fought him, every step of the way.