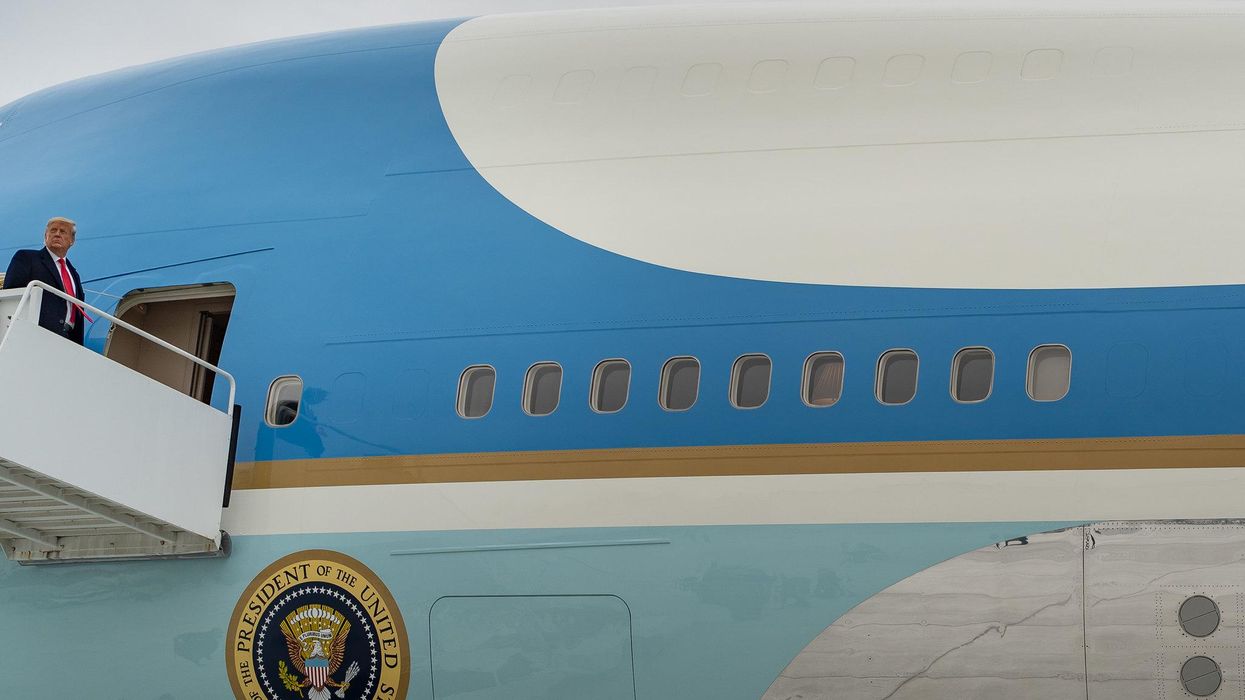 Two days before the infamous riots at the United States Capitol building, President Donald Trump flew down to Georgia to campaign for Sens. David Perdue (R-GA) and Kelly Loeffler (R-GA) in two races that would determine control of the United States Senate.

However, according to new reporting from Axios's Jonathan Swan, Trump was totally unenthusiastic about campaigning for the two Republican senators and was instead obsessed with overturning the results of the 2020 election.

At one point during his flight down to Georgia, Trump asked Federalist Society co-founder David McIntosh to assess his chances of remaining in power despite the fact that he had definitively lost the election to President-elect Joe Biden.

"What do you think my odds are?" Trump asked him.

Trump apparently didn't remain depressed for long, however, as two days later he would encourage his followers to march to the Capitol building, where they would start a riot that would leave five people dead.