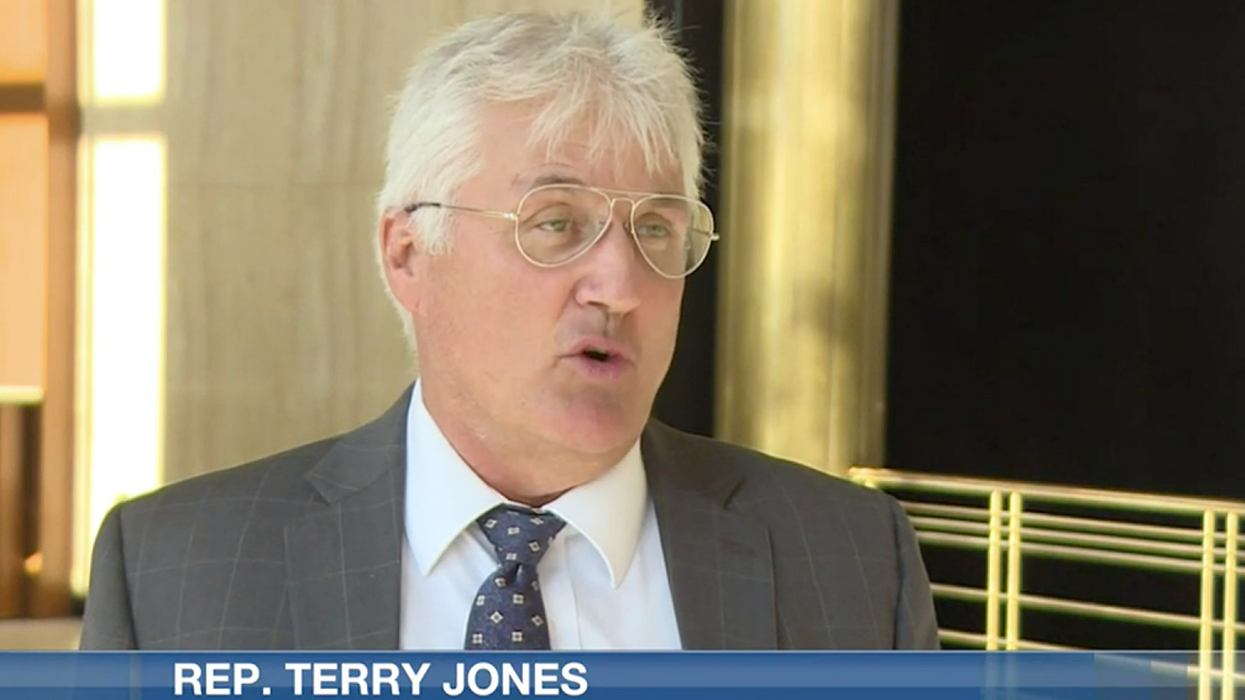 Terry Jones, a Republican lawmaker in North Dakota, has submitted a bill that would require state forms to list "American" as a racial choice option because he's "disgusted" with how race is used by bad actors to divide the country, he says.

In trying to explain how his bill would unite Americans by focusing "on commonalities rather than differences," he told the press that "citizens of all backgrounds are proud to be American," adding that Black Americans are "glad their ancestors were brought here as slaves."

InForum reports: "Jones said he believes in this sentiment because he read a Reader's Digest article from the 1980s in which a Black doctor visited an African country during a period of civil conflict and made remarks about being grateful that his ancestors had been taken to America. Forum News Service's attempts to find the article were unsuccessful.

Jones' ignorant comment are just part of a long history of racist lawmakers saying that people of color should be grateful for their ill-treatment in this country just because it's better than living in poorer nations — hardly an endorsement of great living under the American system.