Stephen Colbert unleashes furious rebuke of Republicans and Fox News: 'Have you had enough?' 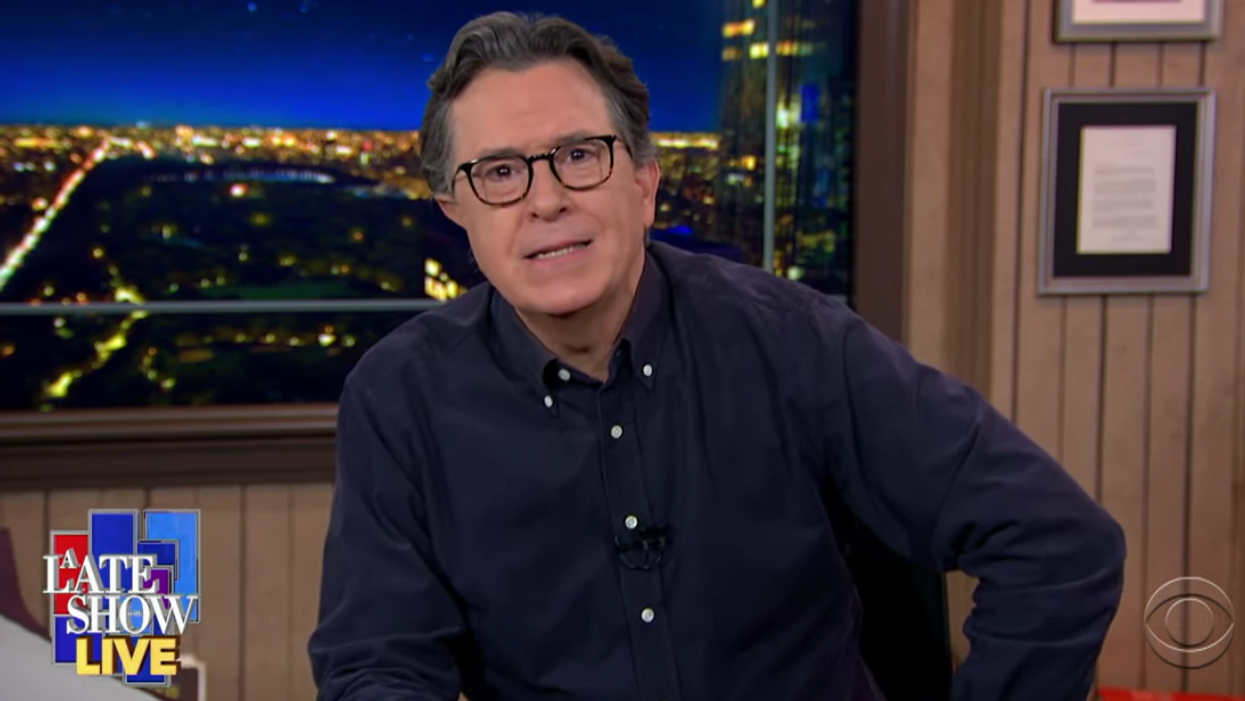 "A Late Show with Stephen Colbert" had a show planned for Wednesday night, but it ended up being a live show because the host spent the day glued to the coverage of the attempted war at the hands of President Donald Trump's supporters.

His message was to Republicans, particularly those who spent the last several years kissing up to Trump.

"Hey, Republicans who supported this president, especially the ones in the joint session of Congress today, have you had enough?" he asked. After five years of coddling this president's fascist rhetoric, guess whose followers want to burn down the Reichstag? Because today, the U.S. Capitol was overrun for the first time since 1814, and a woman died. Who could have seen this coming? Everyone? Even dummies like me. This is the most shocking, most tragic, least-surprising thing I've ever seen."

He went on to tell Republicans that the GOP had been warned that creating the monster would tie them to its damage, but they ignored the warnings.

"For years now, people have been telling you cowards that if you let the president lie about our democracy over and over and then join him in that lie and say he's right when you know for a fact that he is not, there will be a terrible price to pay," Colbert continued.

"But you just never thought you'd have to pay it, too. I really do hope you're enjoying those tax cuts. And those judges, because those judges are really going to be working hard. They're going to be busy throwing these idiots in jail. And by 'idiots,' I include the Republicans who let this happen, like you Sen. Josh Hawley (R-MO), raising your stupid fist to the mob outside the Capitol. Look at that. It's like Black power but the opposite. There really should be a name for that."

Colbert explained that Hawley had to keep his fist clinched because if he didn't, people would see the blood on his hands.

"Speaking of which, how about you, Fox News?" Colbert turned next. "Do you think maybe years of peddling his conspiracy theories had anything to do with this? Oh, but come on, man. You know we have our opinion side and our news side. Come on, we're just trying to turn a coin for uncle Rupee, sell a few lubricated catheters. Like those lubricated catheters, you know where you can stick your excuses and you can skip the lubrication. It's the thousands of MAGA protesters who stormed the capitol building. It's a horrifying day that will go down in U.S. history, however much longer that is."

See his full monologue in the video below:

Hey, Republicans Who Supported This President: Are We Great Again Yet? - LIVE MONOLOGUE www.youtube.com