Trump campaign paid over $2.7 million to those behind infamous Jan. 6 'Save America Rally': report 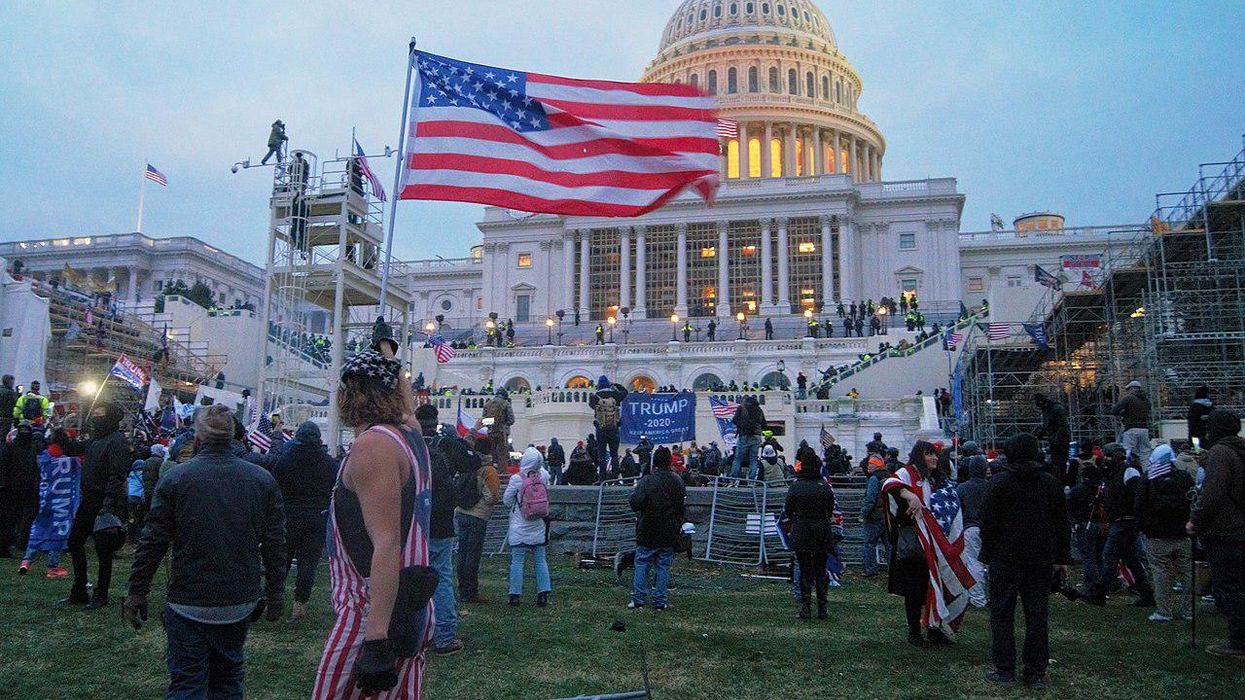 Hours before a violent mob of pro-Trump extremists stormed the U.S. Capitol Building on January 6, then-President Donald Trump and his allies spoke at a so-called "Save America Rally" in Washington, D.C. According to a study by the Center for Responsive Politics issued on January 22, the rally's organizers received millions of dollars from Trump's reelection campaign.

"Trump's campaign disclosed paying more than $2.7 million to the individuals and firms behind the January 6 rally," the Center for Responsive Politics' Anna Massoglia reports. "But (Federal Election Commission) disclosures do not necessarily provide a complete picture of the campaign's financial dealings since so much of its spending was routed through shell companies, making it difficult to know who the campaign paid and when."

The National Parks Service permit for the Save America Rally, Massoglia notes, lists Maggie Mulvaney — a niece of former White House Chief of Staff Mick Mulvaney — as a "VIP lead" for the event. The Trump campaign, according to Massoglia, paid her "at least $138,000 through November 2020."

Others listed on the rally permit, Massoglia reports, include Megan Powers (who was the campaign's director of operations) and Caroline Wren, a long-time GOP fundraiser. Powers, according to Massoglia, "was paid around $290,000 by Trump's campaign while on its payroll from February 2019 through at least November 2020, FEC records show" — and Wren "received at least $20,000 from the campaign each month as its national finance consultant for its joint fundraising committee with the Republican National Committee, totaling $170,000 from March through November."

"The rally's production manager is listed as Justin Caporale, the Trump campaign's advance director who received more than $144,000 in direct payroll payments from the campaign in the one-year period leading up to November 2020," Massoglia explains. "Caporale's business partner, Tim Unes, was the rally stage manager and was paid more than $117,000 by the Trump campaign through at least November 2020. Event Strategies Inc., their firm, was paid more than $1.7 million from Trump's campaign and joint fundraising committee."

Massoglia adds, "Trump-affiliated dark money group America First Policies paid the firm another $2.1 million from 2018 to 2019, the most recent years for which data is available. America First Policies' tax returns obtained by OpenSecrets show it also provided funding to Women for America First, a 501(c)(4) nonprofit that submitted the rally's permit records to the National Park Service."

The organizers of the Save America Rally and the far-right insurrectionists who stormed the U.S. Capitol Building on January 6 were hoping to prevent Congress from certifying Joe Biden's Electoral College victory in the 2020 presidential election. Regardless, the certification went ahead as planned, and Biden was sworn in as president on January 20.