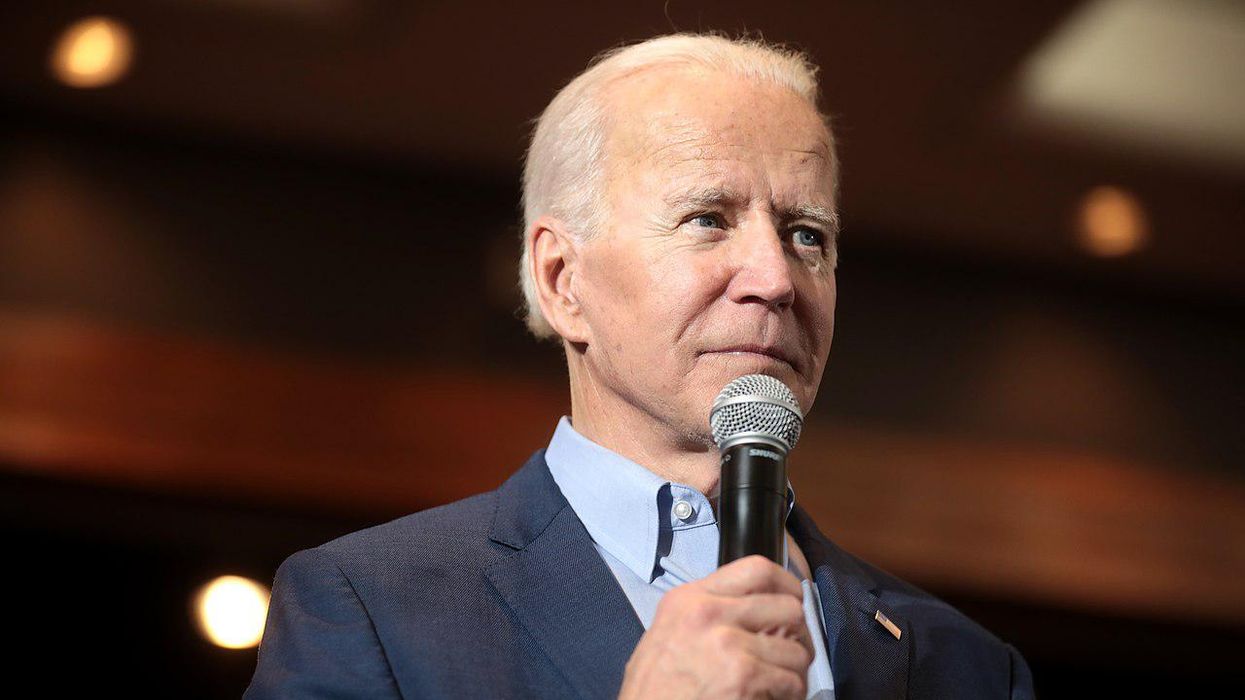 When President-elect Joe Biden is inaugurated on January 20, he will inherit a long list of problems — from a deadly pandemic to a painful recession to domestic terrorism by white nationalist groups. Regardless, many GOP partisans obviously have no desire to help Biden's incoming administration, and journalist Dana Milbank cites Russell Vought as one of the worst partisans in a Washington Post column published on New Year's Eve.

"If, in the new year, pandemic vaccines aren't available as promised, Americans can't return to work because economic relief isn't delivered or an adversary successfully attacks the United States because national security agencies couldn't pay for new defenses, a hefty share of the blame should be placed on a man you've probably never heard of: one Russell Thurlow Vought," Milbank writes.

Vought has been serving as director of the Office and Management and Budget since July; before that, he was OMB deputy director. And according to Milbank, one of Vought's main goals is making things as difficult as possible for Biden's administration — which is less than three weeks away.

What happens when a the president is allowed to appoint an unqualified right wing fanatic: destruction of democrati… https://t.co/lNGBhfUoXF
— Craig Calhoun (@Craig Calhoun)1609467901.0

"What Russ Vought is very good at is sabotage," Milbank explains. "He's sabotaging national security, the pandemic response and the economic recovery — all to make things more difficult for the incoming Biden administration. That he's also sabotaging the country seems not to matter to Vought, who has spent nearly two decades as a right-wing bomb thrower."

Milbank continues, "He has blocked civil servants at OMB from cooperating with the Biden transition, denying President-elect Joe Biden the policy analysis and budget-preparation assistance given to previous presidents-elect, including Barack Obama and Trump himself. Transition figures warn that it will likely delay and hamper economic and pandemic relief and national security preparation."

The Post columnist notes that Vought has angrily accused Biden's transition team of making "false statements" about the Trump OMB, denying that he has been uncooperative — only to confirm his lack of cooperation with this statement: "What we have not done and will not do is use current OMB staff to write the (Biden transition's) legislative policy proposals to dismantle this administration's work…. Redirecting staff and resources to draft your team's budget proposals is not an OMB transition responsibility. Our system of government has one president and one administration at a time."

The Biden Transition Team has been making false accusations about OMB. Here is my letter outlining the facts. https://t.co/p3rvXEZdgh
— Russ Vought (@Russ Vought)1609444418.0

Milbank notes how much of an extremist Vought is. In an anti-Islam article published on January 17, 2016, Vought wrote, "Muslims do not simply have a deficient theology. They do not know God because they have rejected Jesus Christ, his son, and they stand condemned." And in a January 30, 2012 article for RedState, Vought slammed an infrastructure bill as "communism."

"Now, Vought is intentionally botching the transition, without regard for the dire consequences Americans could suffer," Milbank warns. "This is what happens when you put an arsonist in charge of the fire department."