Listen: Rudy Giuliani urges the wrong senator to 'slow it down' so Trump has more time to overturn the election 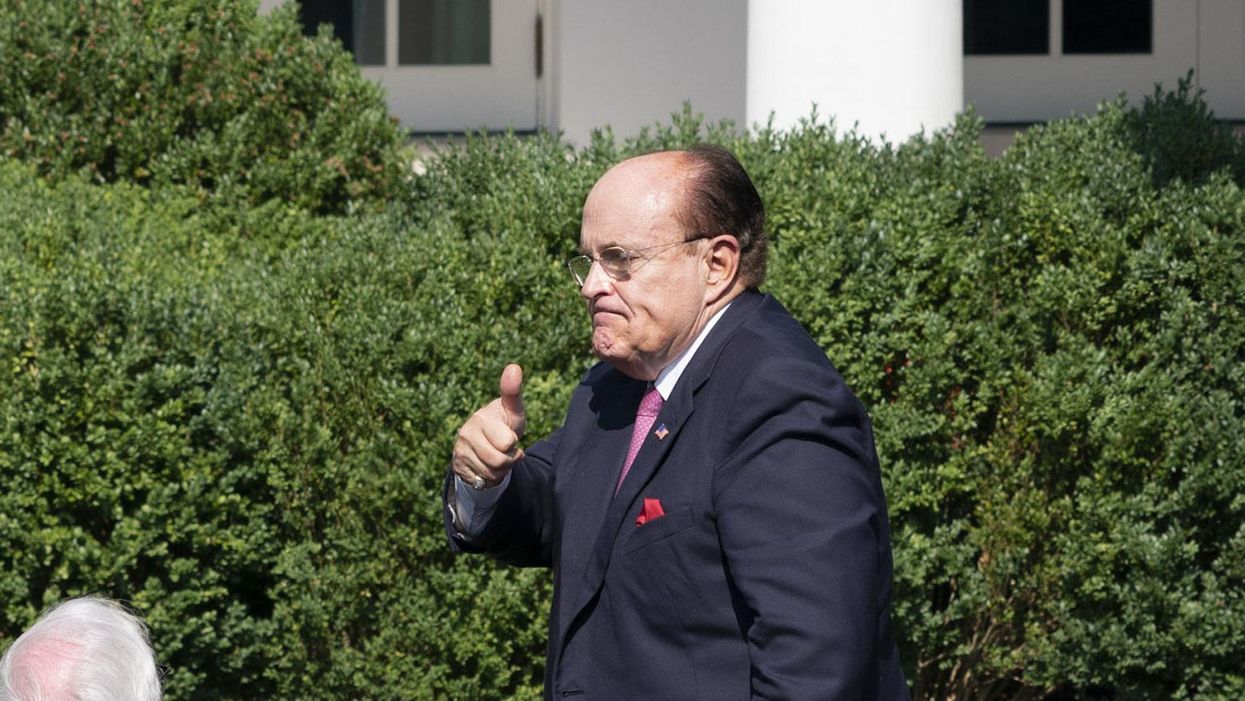 Rudy Giuliani called a Republican senator on Wednesday during the chaos of the storming of the U.S. Capitol, hoping to slow down the final step in the affirmation of Joe Biden's Electoral College win, according to a new report in The Dispatch. But Giuliani made a mistake. He was trying to call newly elected Republican Sen. Tommy Tuberville of Alabama, but instead, he left a message for another Republican senator — who promptly gave the recording to The Dispatch.

The recording shows that the president's ally was trying to exploit the delay in the vote-counting caused by supporters of President Donald Trump mobbing the federal building, forcing Congress to halt its proceedings and go into lockdown. In the chaos, glass was shattered, the building was vandalized, police and the insurrectionists fought, barricades were broken, and by the end of the day, four people were dead, according to officials.

For Trump and Giuliani, though, this presented an opportunity.

"Senator Tuberville? Or I should say Coach Tuberville," Giuliani said. "This is Rudy Giuliani, the president's lawyer. I'm calling you because I want to discuss with you how they're trying to rush this hearing and how we need you, our Republican friends, to try to just slow it down so we can get these legislatures to get more information to you. And I know they're reconvening at 8 tonight, but it … the only strategy we can follow is to object to numerous states and raise issues so that we get ourselves into tomorrow—ideally until the end of tomorrow."

He continued: "I know McConnell is doing everything he can to rush it, which is kind of a kick in the head because it's one thing to oppose us, it's another thing not to give us a fair opportunity to contest it. And he wants to try to get it down to only three states that we contest. But there are 10 states that we contest, not three. So if you could object to every state and, along with a congressman, get a hearing for every state, I know we would delay you a lot, but it would give us the opportunity to get the legislators who are very, very close to pulling their vote, particularly after what McConnell did today. It angered them, because they have written letters asking that you guys adjourn and send them back the questionable ones and they'll fix them up."

You can listen to the whole message here:

Giuliani's claim that they just need more time to gather evidence and get information to Congress is preposterous. He and the whole Trump team have been claiming to have a wealth of evidence that the election was fraudulent since Biden was declared the winner, but their challenges before state legislatures, certification boards, and courts have all fallen flat. They have no compelling evidence of serious widespread fraud because the election was conducted securely.

One longtime Trump adviser still talking to top White House officials says Trump is in constant communication with Giuliani. Asked if such a call is something Trump would know about, he said: "Oh, yeah, 100 percent."


Ironically, the storming of the Capitol may have actually sped up the whole procedure of counting the Electoral College votes. If a House member and senator both object to a state's slate of electors, the chambers reconvene on their own and deliberate for two hours about the merits of the objections, and then hold a vote on whether to include the votes. Given the composition of Congress, it was clear no objection had a chance of succeeding. But it could have slowed down the process.

Because of the assault on the building, though, Congress seemed determined to get through the count quickly, and many of the senators who were prepared to challenge votes scaled back their ambitions. Some states that were expected to trigger two hours of debate, such as Georgia, ended up being settled quickly.