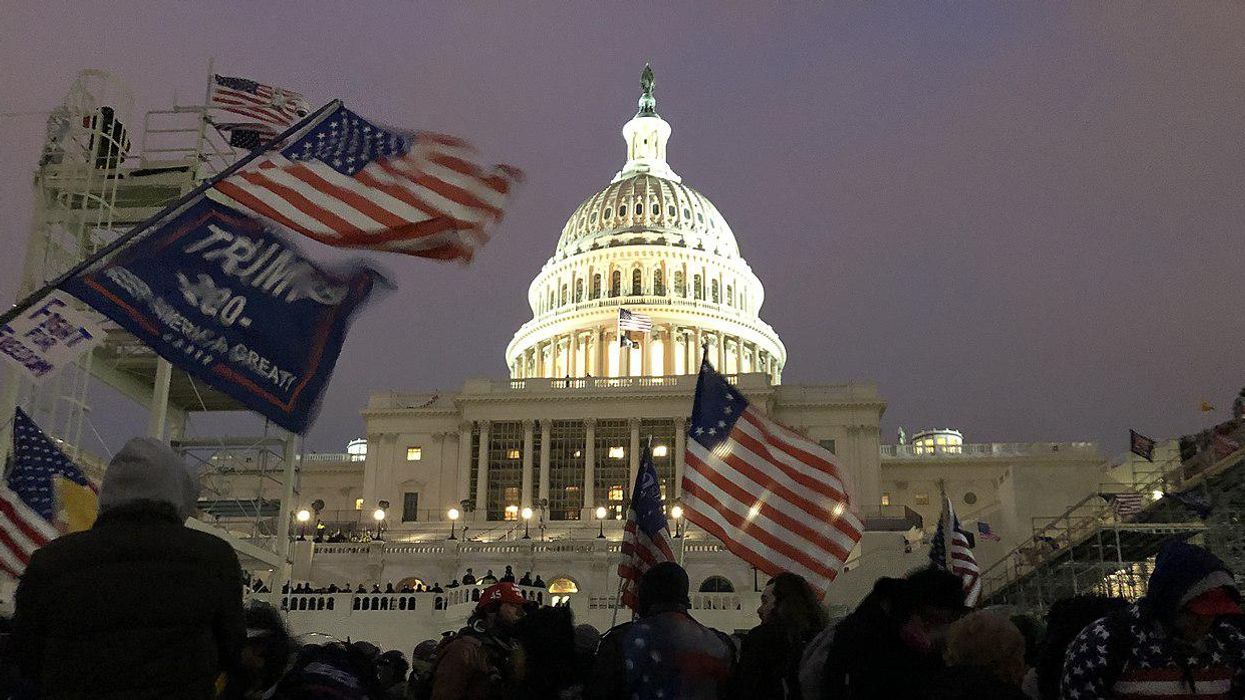 U.S. Capitol Building, Jan. 6, 2021, Tyler Merbler
'Kill him with his own gun': These officers reveal the horror of facing the pro-Trump mob at the Capitol
Meaghan Ellis
January 20, 2021

Right-wing extremist organizations managed to use Christian crowdfunding websites to finance their efforts to breach the U.S. Capitol. According to CNN, prior to Proud Boys member Nick Ochs' arrest for participating in the U.S Capitol riot, he raised a total of $300 through the Christian fundraising platform GiveSendGo.com to fund his trip to Washington, D.C.

The discovery led to a more in-depth look at how fundraising efforts may have aided the pro-Trump mob who invaded the U.S. Capitol on Jan. 6. After Ochs was arrested, one of his supporters turned to the same platform to raise funds for his legal defense. CNN also conducted a review of the site and similar platforms which confirmed that hundreds of thousands of dollars were raised in connection with the Capitol riots.

Below are the findings of that investigation, per CNN:

In wake of the investigation into the Capitol riots, GiveSendGo CEO Jacob Wells defended the use of the site's crowdfunding capability. During an interview with CNN, Wells argued that "just because a cause may be unpopular it doesn't mean a person shouldn't have an opportunity to raise money from like-minded supporters."

"We're not here to take sides," Wells said to the publication. "We don't necessarily condone on our platform a campaign anymore than when you tweet on Twitter that Twitter somehow agrees with you," Wells said.

However, the site's terms and conditions "prohibit any 'abusive or hateful language' on its platform, as well as campaigns for 'items that promote hate, violence, and racial intolerance'" which is a clear conflict considering all that transpired during the deadly riot on Capitol Hill.

The Federal Bureau of Investigation (FBI) has also warned donors to do their own research before contributing to crowdfunding platforms. The bureau recently took to Twitter with a public announcement saying, "Fraudsters will take advantage of any tragedy to try to steal your money. Do research before donating — crowdfunding sites can look legitimate but criminals behind them steal money instead of giving to an org/cause. Don't be fooled."