GOP governor during Flint water crisis will be charged: report 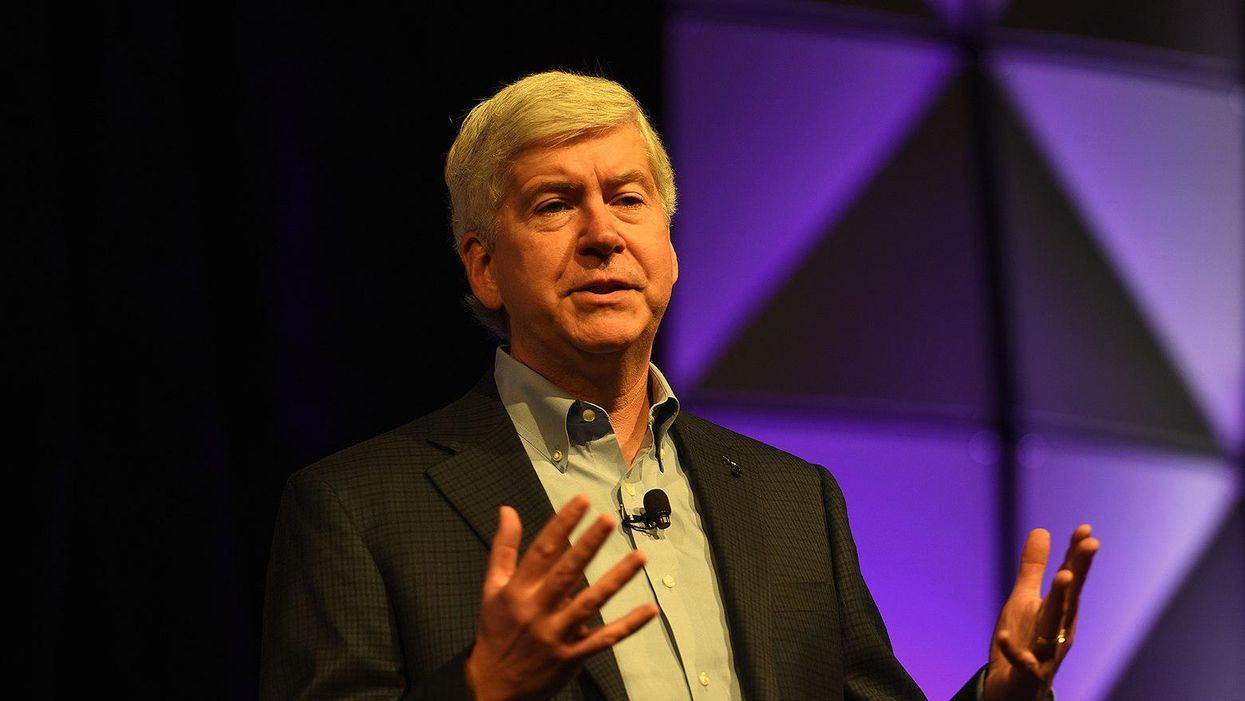 Republican Governor Rick Snyder of Michigan, whose actions led to the Flint water crisis that flowed poisonous water in to 100,000 homes and businesses, will be charged after an investigation by that state's new Attorney General, Dana Nessel.

"Snyder, his health director and other ex-officials have been told they're being charged after a new investigation of the Flint water scandal, which devastated the majority Black city with lead-contaminated water and was blamed for a deadly outbreak of Legionnaires' disease in 2014-15," The Associated Press reports.

The disaster was headline news for months. It started when Gov. Snyder decided to appoint his own manager to run the city, a tactic MSNBC's Rachel Maddow was among the first to decry as dangerous and possibly unconstitutional. In what was called a cost-saving measure Flint's water supply was switched to a different source, and contaminated water that subsequently also destroyed water pipes, leeching lead into drinking water, flowed.

"The outbreak was announced by Snyder and Lyon in January 2016, although Lyon conceded that he knew that cases were being reported many months earlier," the AP notes.

Physician who sounded the alarm over rise in lead levels in children's blood: