These dominant forces are threatening to 'tear up' the GOP 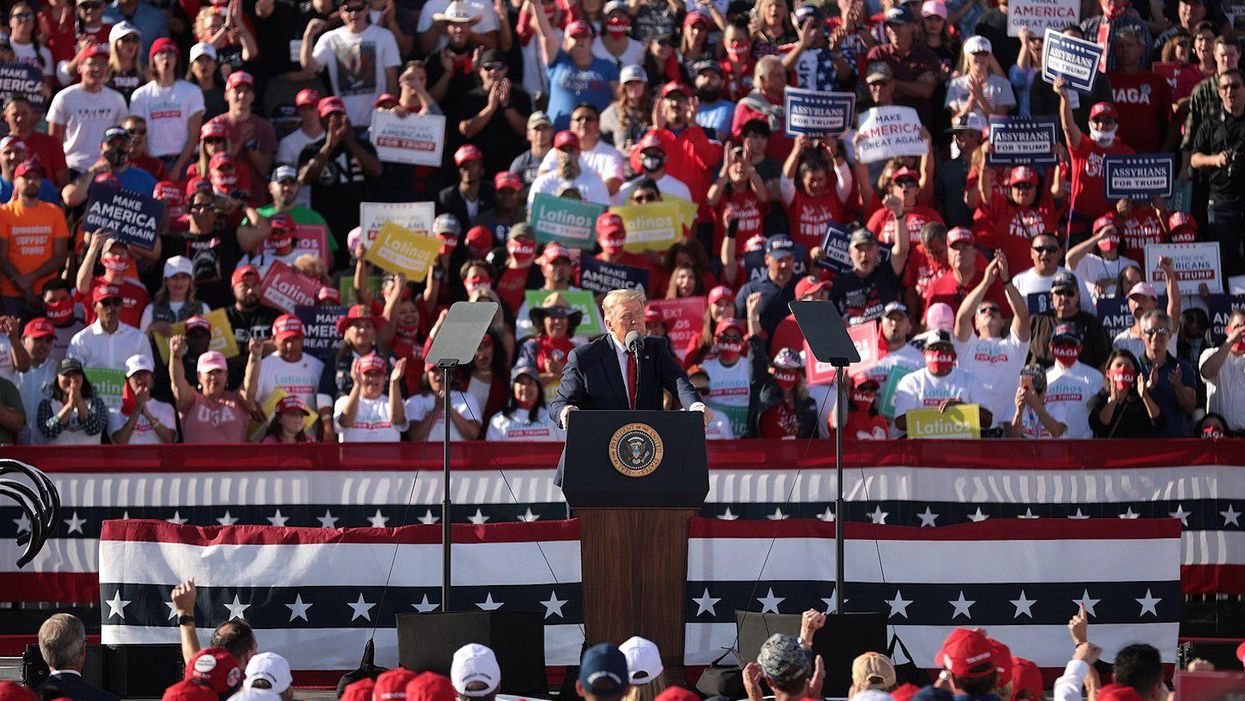 Republican lawmakers who voted in favor of former President Donald Trump being impeached may be haunted by their decisions in their primary elections as the political party fights to find a way forward.

According to Newsweek, the ten Republicans who sided with Democratic lawmakers have been widely criticized for their actions despite doing so to abide by the oath they took to uphold the U.S. Constitution. Many have also faced opposition in their home states by devout Trump supporters who are still loyal to the form president. After being publicly lambasted and heckled to facing mounting calls for their resignations, many face pressure to forfeit their terms.

During a brief discussion with the publication, Chris Mathys, a former city council member in Fresno, Calif., weighed in with his disapproval of Republican lawmakers in favor of Trump's second impeachment.

Despite having footage of the president's actions which encouraged the angry mob's siege on the U.S. Capitol, Mathys said, "After my last election, I had decided not to run again. But the vote by Congressman [David] Valadao to impeach President Trump with no witnesses, evidence, or without allowing any defense was too much for me to stay on the sidelines."

However, the condemnation of lawmakers could backfire for the party. Bitter primary battles can fracture the electorate. And if incumbent Republicans are replaced by more extremist candidates without a record of electoral success, the party could risk losing winnable elections to Democratic opponents at a time when they're trying to win control of both the House and the Senate.

The latest news comes as Republican National Committee (RNC) chairwoman Ronna McDaniel fights to keep the party together while trying to figure out how to shape the party's future. Although McDaniel is one of the longest-serving members of the RNC, there have been concerns about her close ties to the disgraced former president and how those ties could impact her ability to lead, according to The Washington Post.

However, when asked about the party's future and Trump's involvement, McDaniel conspicuously offered few details about plans going forward. Earlier this month, she said, "I'm not looking at who we can highlight or prioritize. It's about where we can take our party and our message going forward."

The Post noted that while McDaniel' task is to keep the party together, Trump's aim may be entirely different. He may seek to "tear up" the GOP.

Another issue the Republican Party could face centers on Trump's unpredictability. Recent reports have suggested that Trump is considering forming his own party: the Patriot Party. If that happens, the Republican Party will likely face a massive split. During a discussion with Newsweek, Republican strategist Whit Ayers laid out how things might pan out if Trump moves forward with his idea.

"Has he started a third party, the Patriot Party? In which case, the Trump voters would follow him to his party and the Republicans in the governing party will be left to vote in a primary where these Republicans who voted to impeach should easily win renomination," Ayer said. "Or is he busy fighting off lawsuits and bankruptcy so he's otherwise engaged?"

In fact, many of the former president's supporters and some Republican candidates and leaders within the party have already expressed interest in following his lead.

"If President Trump forms a viable third party I would follow, but it has been made clear the president intends to mount real mid-term primary challenges in the Republican Party," Tom Norton, a potential Republican candidate hoping to unseat Michigan Representative Peter Meijer, admitted to Newsweek.

This unlikely strategy could be even worse for the GOP than a raft of primary challenges. Instead of replacing incumbent Republicans on the ballot with riskier candidates, a wave of third-party challengers from the political right could split the party's electorate and may even give a signficant advantage to Democrats in districts where they might otherwise be uncompetitive.

With impending investigations into his financial dealings, Trump could be quite busy dealing with his personal and professional problems. But despite his absence on the political stage, the remnants of his actions, rhetoric, and divisive practices will likely haunt the Republican Party for many years to come.