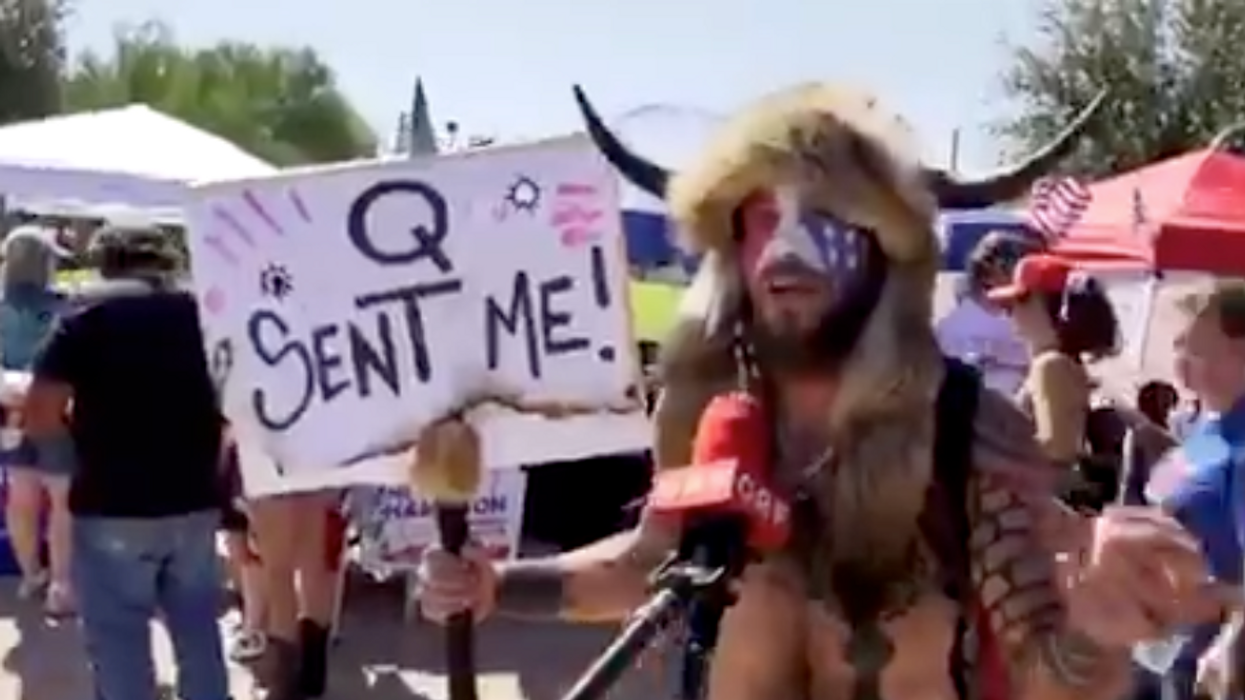 House Republicans defended President Donald Trump from impeachment by insisting that he never encouraged his supporters to violently storm the U.S. Capitol, but court documents show those insurrectionists believed they were carrying out his orders.

The president addressed supporters Jan. 6 in Washington, D.C., where he urged them to "peacefully and patriotically make your voices heard" by marching on the Capitol, and GOP lawmakers seized on those words in their impeachment defense -- but one of the most recognizable figures in the siege told investigators he was doing what he believed Trump wanted.

Yesterday, Republicans asked whether any of the rioters had actually said they acted at the behest of President Tru… https://t.co/x2HkO0jeh0
— Kyle Cheney (@Kyle Cheney)1610628322.0

"Your affiant and an FBI agent spoke on the phone with [Jacob] CHANSLEY, who confirmed that he was the male in the face paint and headdress in the Vice President's chair in the Senate," investigators said in an affidavit filed in court. "CHANSLEY stated that he came as a part of a group effort, with other 'patriots' from Arizona, at the request of the President that all 'patriots' come to D.C. on January 6, 2021."'

Chansley, also known as Jake Angeli or the "QAnon shaman," was photographed numerous times carrying a six-foot spear inside the Capitol, including shots of him standing on the dais inside the Senate chamber, in an effort to prevent Congress from certifying Joe Biden's election win.

During his speech, Trump also said: "If you don't fight like hell you're not going to have a country anymore."

Pro-Trump message boards showed many others also believed the president was calling on them to march on the Capitol to overturn his election loss.