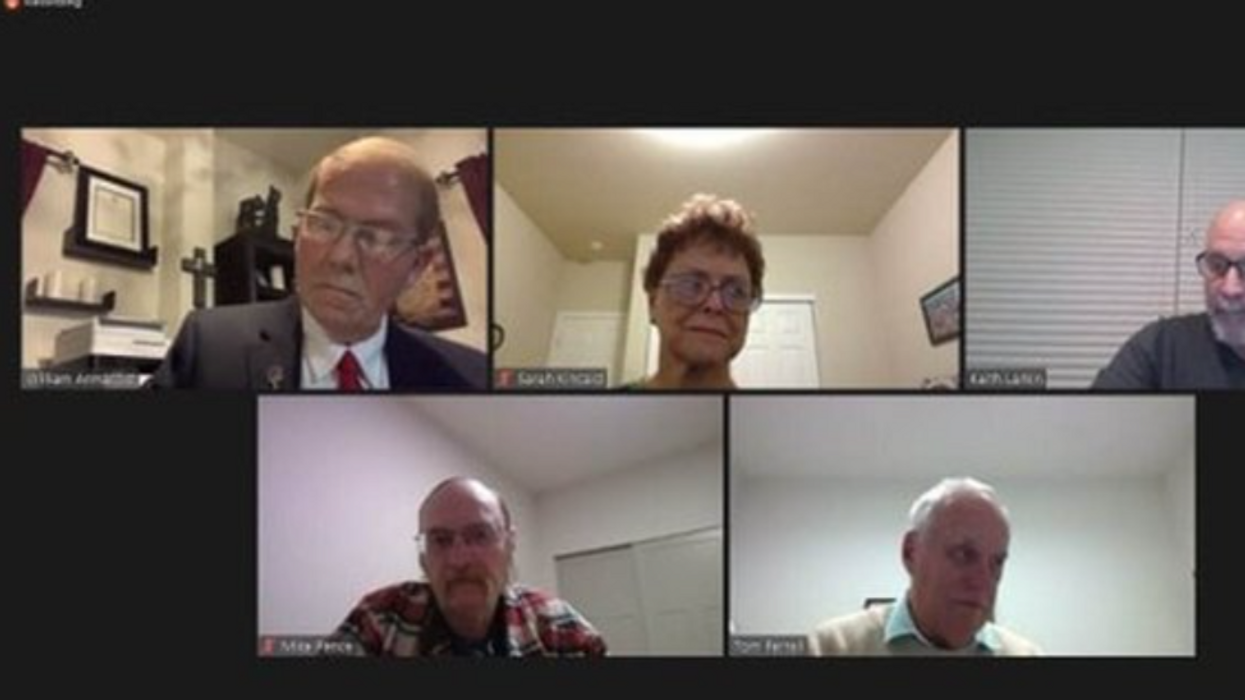 A small-town mayor in Washington state town is using his position as an elected official to promote the ideology of the QAnon conspiracy theory, the Daily Beast reports.

Sequim, WA Mayor William Armacost was reportedly elected by a number of like-minded individuals who currently serve on the city council. Many of the city's meetings reportedly consist of Armacost using the time to push baseless claims and carry out what is being described as a "QAnon coup of the town government."

The publication reports that: "Questions about insurrections and QAnon have become the norm in Sequim, as its residents grapple with becoming what appears to be the first American town to have an open QAnon supporter as mayor. Now, with Armacost and his allies carrying out what critics have described as a QAnon coup of the town government, the fight over QAnon in Sequim has come to a head."

At one point during the latest city council meeting, Armacost was asked whether he could promise not to get involved in any future insurrections.

It has been reported that concerns about QAnon and future insurrections have been looming over the small town due to all that has transpired since the presidential election took place. Armacost, who reportedly wears a QAnon button during meetings, has argued that QAnon is a "truth movement" as opposed to a conspiracy.

"QAnon is a truth movement that encourages you to think for yourself," Armacost said. "If you remove Q from that equation, it's patriots from all over the world fighting for humanity, truth, freedom, and saving children and others from human trafficking."

During the city council meeting, Marsha Maguire voiced her concerns about the mayor's stance and how it reflects on their town.

"It reflects very poorly on the town," Maguire said. "Not only is QAnon absurd, but it's violent at its core. I think we're a little microcosm of what's happening at the national level."