Leader of Proud Boys arrested ahead of pro-Trump protest in DC: report 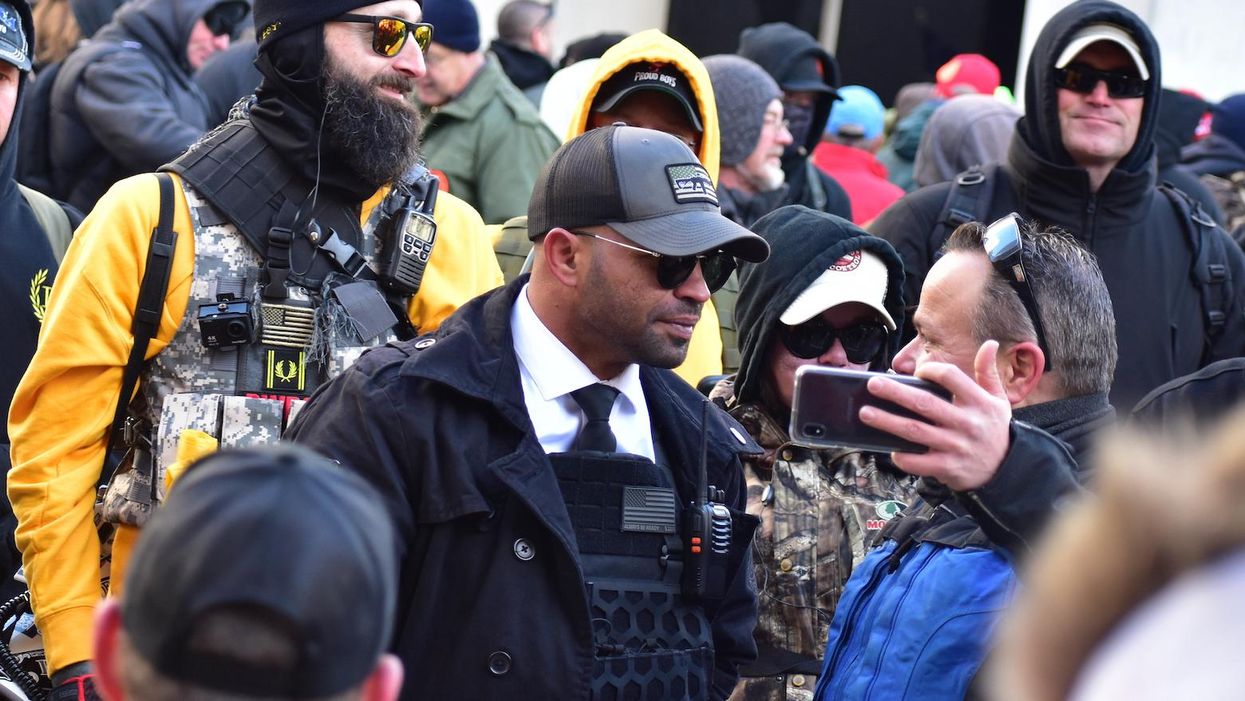 Enrique Tarrio, who leads the far-right group known as the Proud Boys, was arrested on Monday by local police in Washington, D.C., according to the New York Times.

The report said that he had arrived in the city to join protests of the certification of President-elect Joe Biden's victory in the 2020 election. Tarrio and the Proud Boys are devoted supporters of President Donald Trump, who has falsely claimed that the election was rigged against him.

A spokesman for the Metropolitan Police Department confirmed that Mr. Tarrio, 36, had been arrested on charges of destruction of property, stemming from a mid-December incident in downtown Washington. Upon his arrest he was found to be in possession of two high-capacity firearm magazines and charged accordingly with possession.

The arrest also pits the Justice Department against some of Mr. Trump's most ardent supporters; the U.S. attorney's office in Washington acts as the main prosecutor's office for the District of Columbia.

With many congressional Republicans on board to challenge electoral votes for Biden, Trump has raised hopes that he may somehow still be able to remain in office. But Democrats have majority control of the House, and more than a majority of the Senate has acknowledged Biden's win, so Trump has no real hope of overturning the result.

Because of the futility of Trump's efforts, and the history of many of his supporters, such as the Proud Boys, critics have feared his calls will lead to violence in the streets. D.C. Mayor Muriel Bowser has called in the National Guard to support local police during the protests.