Biden plans a return to normalcy — but he'll be tested, too 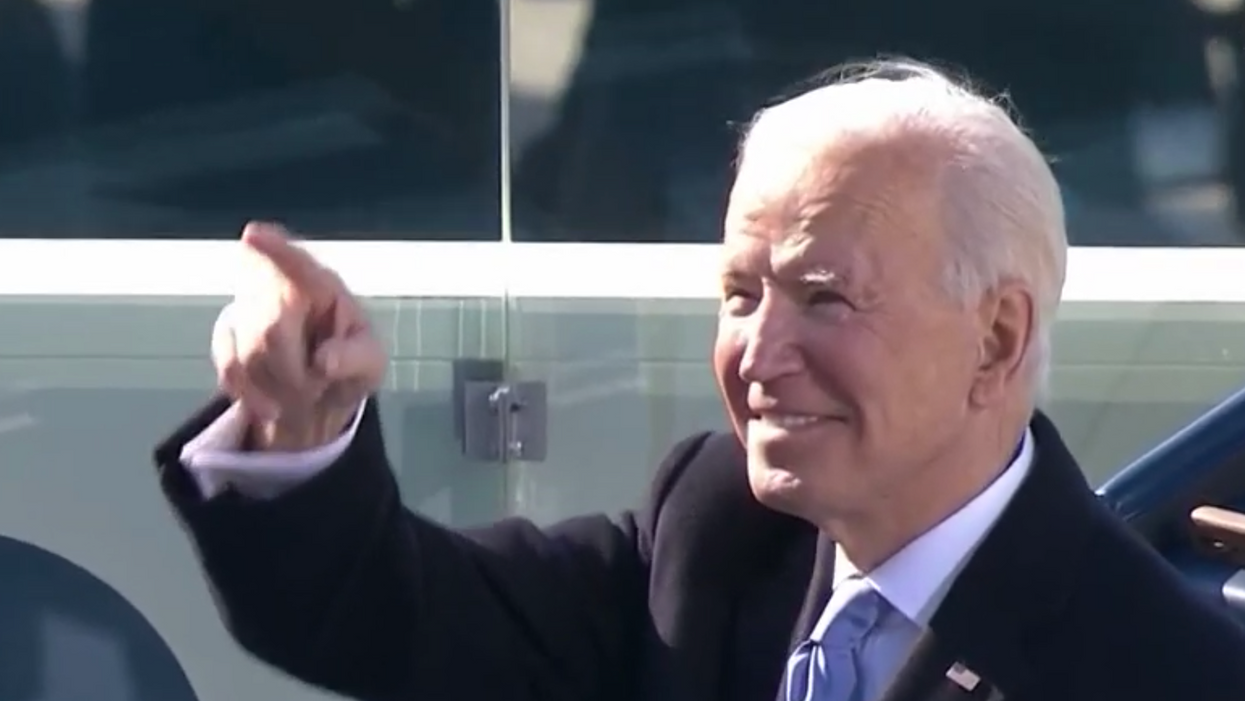 The end of Donald Trump's dysfunctional tenure in the White House means the start of a relatively normal presidency under Joe Biden. But what does normal even mean after four years of a presidency and a president that have been anything but?

Biden emphasized unity in his inaugural address in the face of the COVID-19 pandemic, the dangerous scourge of misinformation and bitter partisan divisions in modern-day America:

“To overcome these challenges, to restore the soul and secure the future of America, requires so much more than words and requires the most elusive of all things in a democracy: unity."

His success over his long political career, in fact, has come from seeking gradual reforms, building coalitions and aiming for bipartisan compromise rather than pursuing or leading a revolution.

That's in stark contrast to political novice Trump, whose successes in his short-lived political career came from brazen actions that provoked intense reactions from both supporters and opponents.

Partisan loyalties will continue to be rampant in Washington, but the flames of the divisions between Republicans and Democrats will not be fanned by Biden, who has signalled repeatedly that he'll act with much more civility than his predecessor.

Executive orders will still be signed, but likely without the fanfare Trump courted and without partisan supporters surrounding the president in the Oval Office. Quieter politics are expected to be the hallmark of the early months.

Presidential tweets will probably emphasize unity rather than focus on airing petty presidential grievances. Biden will not use the presidency as a bully pulpit to foster division, but as a tool to nurture social cohesion. Vice-President Kamala Harris, cabinet members and White House officials will play a large role in communicating the Biden agenda, in contrast to the focus that Trump placed on himself.

Policy directions will likely be signalled well in advance of decisions being made, or at least ahead of decisions being announced. As a politician for more than half a century, Biden knows that preparing the groundwork is essential for successful policy implementation, while blindsiding stakeholders is a sure way to fire up the opposition. In practice, this entails slower and less centralized decision-making.

Working closely with the Congress — the legislative branch of government comprised of the Senate and the House of Representatives — is a major objective of the new administration. Biden invited Mitch McConnell, now the Senate minority leader, to attend church with him on the morning of Inauguration Day — and the Kentucky politician accepted the invitation instead of attending Trump's sendoff at Andrews Air Force Base a few miles away. That's a hopeful sign of bipartisan healing.

Biden was elected to the Senate 48 years ago in 1972, when Richard Nixon won his second term as president. Fewer than half of current American voters were alive when Biden travelled to Washington for the first time.

No president has spent more time in Congress. His 36 years in the Senate chamber is more than triple that of the next most experienced senator to reach the White House — Lyndon B. Johnson.

Congress makes laws, is the voice of voters and of the 50 states in Washington. As Trump learned, it has the authority to investigate the executive branch, so a combative relationship with legislators is dangerous and ultimately brings no benefits.

Although the Democrats have a majority in both houses at the moment, the Senate majority is razor-slim. With weak party discipline, Biden will need to spend time courting individual senators to gain their support for his administration's policies and priorities. At the same time, he must prepare for the possibility that mid-term elections in 2022 might restore a Republican majority in the Senate.

An awareness that the United States — as the dominant global superpower — has special responsibilities in shaping the world order will guide foreign policy. Biden isn't likely to diverge from the foreign policy objectives that have explicitly or implicitly driven the country's politicians since 1776.

At the end of the day, heads of government — whether in Washington, Beijing or Berlin — must protect and advance the interests of their nations and voters. But there will be a more nuanced application of this objective in the White House. The national self-interest will not be as naked under Biden it was with Trump.

The Paris climate accord is an example of a largely symbolic agreement that gains legitimacy when the U.S. participates. Nothing is lost by the U.S. by rejoining the accord as indeed Biden has done on his first day in office.

The Biden administration is expected to pay more attention to American allies and those it seeks to influence, including Canada. Tough negotiations on trade, troop levels in countries like South Korea and in the Middle East, as well as the role of China, will be part of Biden's daily briefings.

But the president isn't likely to publicly comment on, or tweet, the details. Symbolic trips like Barack Obama's visit to Hiroshima in Japan may find their way into the president's itinerary as means to extend goodwill and solidify alliances.

A normal presidency with clear objectives and strategies seems easy in the exhilarating first weeks of a new administration. Then, invariably, the unforeseen occurs, events escalate uncontrollably and crises ensue. Only then will the character of Biden and his presidency be fully revealed.