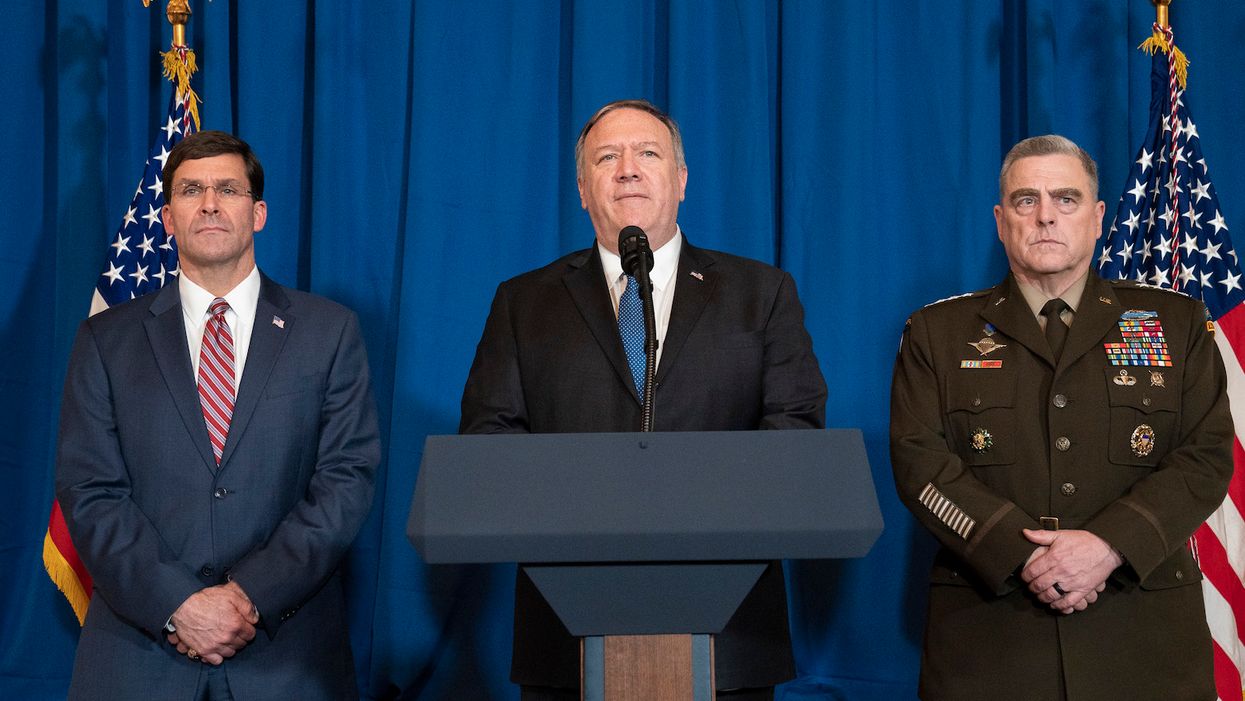 In a shocking tweet barely 24 hours before he will no longer be the U.S. Secretary of State, Mike Pompeo unleashed a disturbing tweet denouncing "multiculturalism" and claiming it is "not who America is." He also linked multiculturalism to authoritarianism. The outgoing diplomat, a former GOP congressman and former CIA director, is being lambasted on social media for his claim.

He has spent the past few weeks pushing out a large number of tweets bragging about what he sees as his successes while attempting to position himself as the logical successor to President Donald Trump. On his last full day in office Secretary Pompeo is being called a "demagogue" and is being accused of white supremacy for his remarks.

"Woke-ism, multiculturalism, all the -isms — they're not who America is," Pompeo tweeted. "They distort our glorious founding and what this country is all about. Our enemies stoke these divisions because they know they make us weaker."

Woke-ism, multiculturalism, all the -isms — they're not who America is. They distort our glorious founding and what… https://t.co/aKWpDCy5iT
— Secretary Pompeo (@Secretary Pompeo)1611066600.0

"This country was built on multiculturalism," CNN's Keith Boykin said, blasting Pompeo. "That's why a descendant of Italian immigrants like you could become Secretary of State. You should know this history. If you don't, you should never have been Secretary of State. If you do and you said this anyway, you're a demagogue."

Here's how others are responding.

What kind of dickbag thinks multiculturalism is bad? The Nazi kind. The @SecPompeo kind. Let’s make sure this man’s… https://t.co/I8w0mfQheK
— Mueller, She Wrote (@Mueller, She Wrote)1611073772.0

I guess I appreciate him just saying it out loud. That America's multiculturalism is a weakness. That if you're not… https://t.co/FRGym1r4YC
— Chris Murphy (@Chris Murphy)1611073748.0

Imagine saying multiculturalism isn't who America is and being proud of that statement. Also, imagine complaining a… https://t.co/IY6oVTgn0M
— Hakeem Jefferson (@Hakeem Jefferson)1611068415.0

The Secretary of State is going to spend his last day in office advocating for white supremacy. This isn’t who the… https://t.co/jZmnHCCCLO
— Kaz Weida (@Kaz Weida)1611069359.0

@SecPompeo When you think about it, you quickly realize that the people complaining about "cancel culture" or "woke… https://t.co/4N0nOMiyVl
— David Rothschild (@David Rothschild)1611068803.0