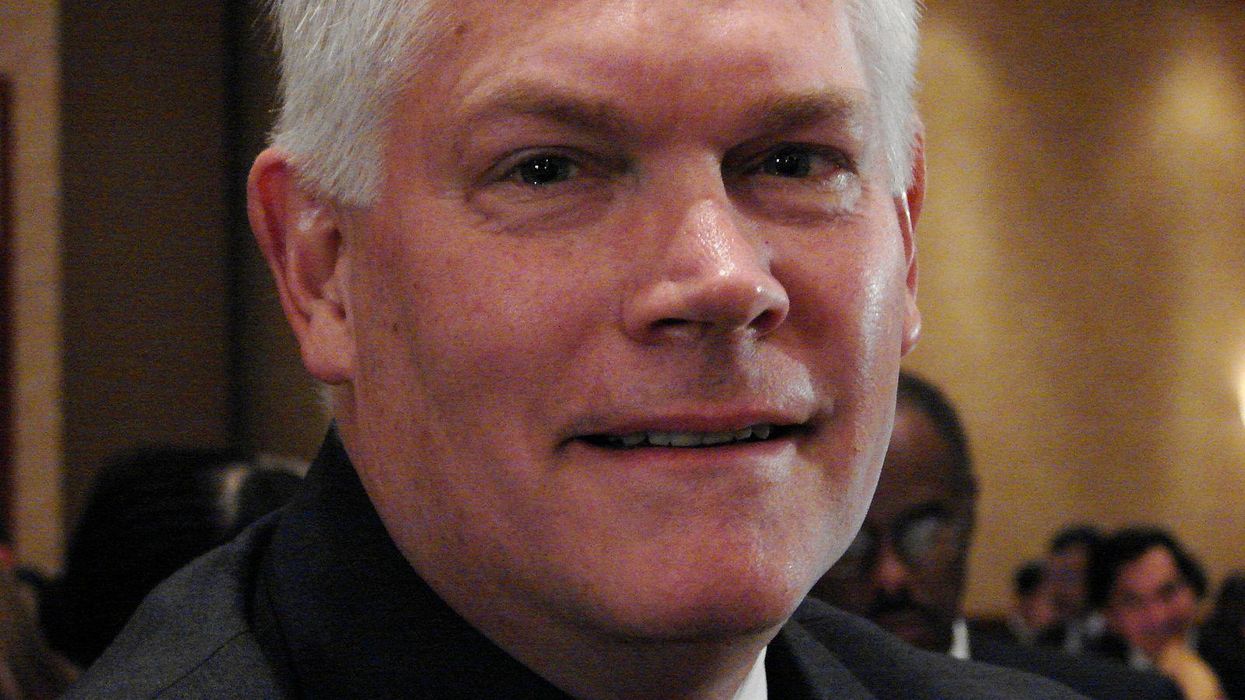 Rep. Pete Sessions (R-TX) quietly deleted a tweet he posted saying that he met with the "Stop the Steal" rioters ahead of their armed insurrection on the U.S. Capitol. He told them at the time to "keep fighting."

Sessions was caught deleting the tweet by Inside Elections reporter Jacob Rubashkin, who was combing through a series of deleted tweets by elected officials.

"Had a great meeting today with folks from "Stop the Steal" at our nation's Capitol. I encouraged them to keep fighting and assured them I look forward to doing MY duty on January 6," he said, including hashtags #StopTheSteal and #legalvotescount.

After the crowd he met with stormed the Capitol, killing five people, including two police officers, Sessions apparently decided it probably wasn't the best idea to broadcast that he told them to "keep fighting."

Was perusing Politwoops and noticed... On Jan. 3, GOP Rep. Pete Sessions tweeted that he had a great meeting with… https://t.co/FrqCxBmpWn
— Jacob Rubashkin (@Jacob Rubashkin)1610391103.0

After celebrating the rioters, Sessions quickly turned against them.

"Unfortunately, many of the things that the president has stood for and done well up to now are going to be given back by some of the things that happened today," Sessions said according to the Waco Tribune-Herald. "While what happened today was sad and tragic and wrong, it comes out of frustration. We have seen this frustration in Minneapolis and Seattle and discourse all across the country, and today, the same thing happened. It is wrong and violates the rule of law and the people need to be held accountable. We cannot allow this."