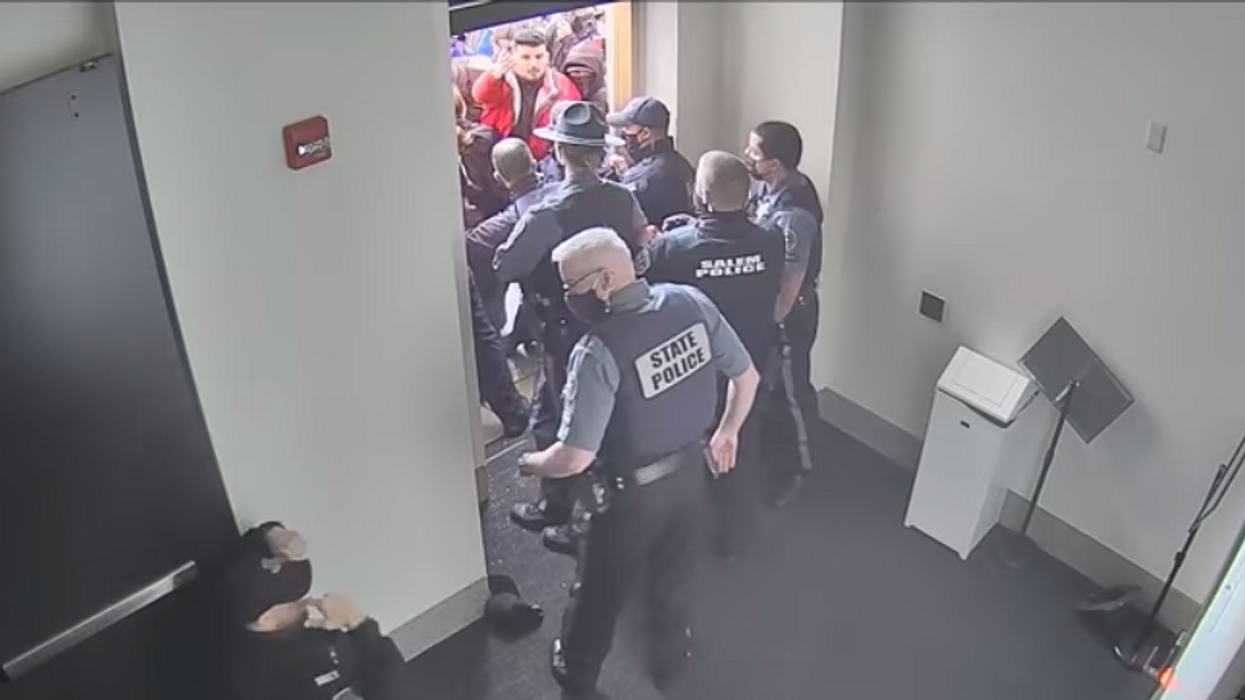 An Oregon state lawmaker is now facing consequences for opening the State Capitol's doors for rioters amid a special legislative session that was held back in December of 2020.

According to the Seattle Times, on Monday, Jan. 11, Oregon House Speaker Tina Kotek announced Rep. Mike Nearman (R-Independence, Ore.) had been stripped of his committee assignments and responsibilities. The decision came after surveillance footage captured his actions on Dec. 21.

At that time, Nearman was seen opening the Oregon State Capitol's doors during a session that was closed to the public. During that session, rioters are said to have "attacked authorities with bear spray, broke glass doors and called for the arrest of Gov. Kate Brown."

"Representative Nearman put every person in the Capitol in serious danger," Kotek said in a news release. "As we tragically saw last week during the insurrection at the United States Capitol, the consequences could have been much worse had law enforcement not stepped in so quickly. I believe he should resign immediately."

In addition to being stripped of his responsibilities, Nearman has also been fined $2,000 for the damages to the Capitol building as a result of him opening the doors to let people inside.

According to Oregon Public Broadcasting, on Monday afternoon, Nearman read over the terms of the latest orders and "agreed to forfeit a badge granting access to the Capitol, give 24-hours notice before arriving there, and not allow 'non-authorized personnel' access to the building. Nearman could also find himself at the center of a criminal investigation.