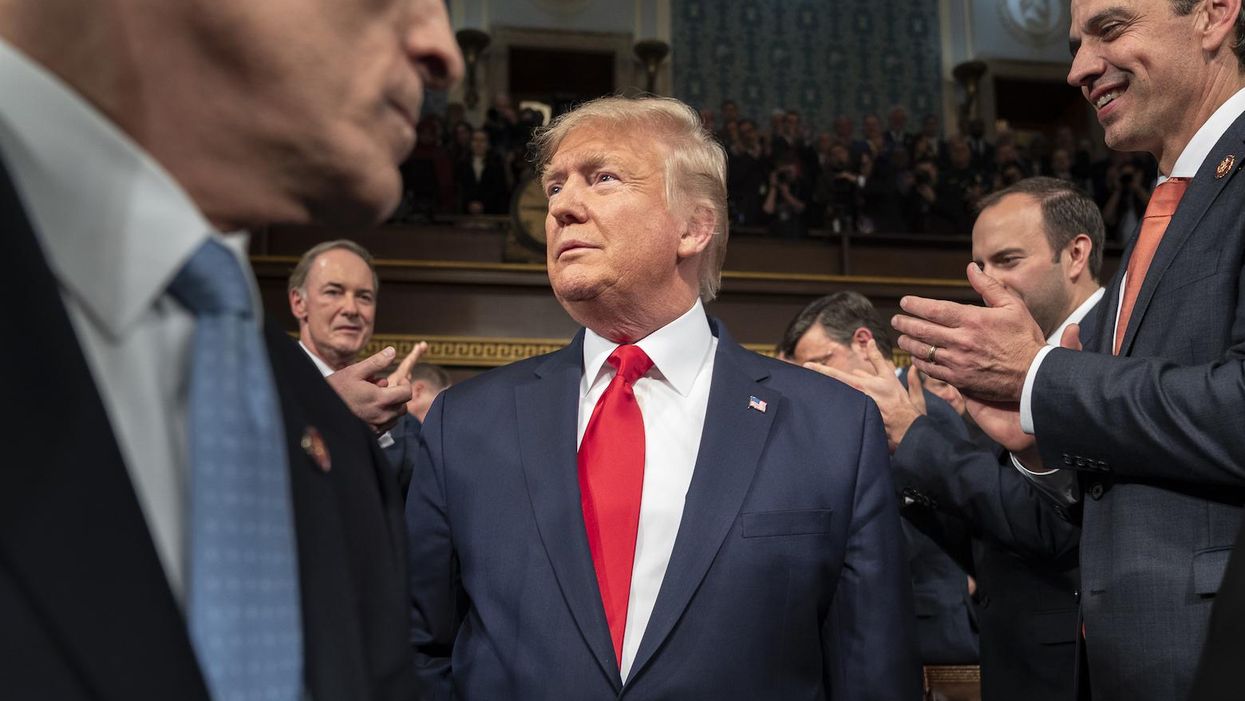 President Donald J. Trump arrives in the House chamber and is greeted by members of Congress prior to delivering his State of the Union address Tuesday, Feb. 4, at the U.S. Capitol in Washington, D.C. (Official White House Photo by Shealah Craighead)

Meaghan Ellis
January 23, 2021
One swing-voter focus group insists former President Donald Trump should not be allowed to hold public office ever again.
According to Axios, the first Engagious/Schlesinger focus group, which consisted of voters who do not directly align with either the Democratic or the Republican Party, shared details about their stance on different aspects of the presidential election.
While there were a number of things they expressed different views about, they were mostly in agreement on their stance regarding Trump and his inability to govern on their stance regarding Trump and his inability to govern and Biden's stimulus package which will include $1,400 stimulus checks.
Most of the group did support the decision to impeach Trump for his role in influencing the deadly riots that erupted at the U.S. Capitol, but only one voter believes that he should face criminal charges for inciting the insurrection.
As for the presidential election, the vast majority of swing voters admitted their vote was more of an anti-Trump decision as opposed to a show of strong support for President Joe Biden. The publication reports, "Ten of the 13 said their vote was more anti-Trump than it was pro-Biden, and nine said Trump should be barred from holding office again."
Despite Trump's ongoing claims about the election being rigged and his repeated attempts to invalidate the results of the election, none of the voters in the focus group believe Democrats stole the election from the disgraced president.
So are these voters completely done with the Republican Party? Despite all that has transpired over the last three months, many of the swing voters have admitted they will continue to "make voting decisions on a case-by-case basis."
"Trump does not represent the entire Republican Party," said Matthew S. from North Carolina. "Overall, the Republican Party, it's made up of people who are trying. They make mistakes just like the Democrats make mistakes."
From Your Site Articles
Report typos and corrections to: feedback@alternet.org.