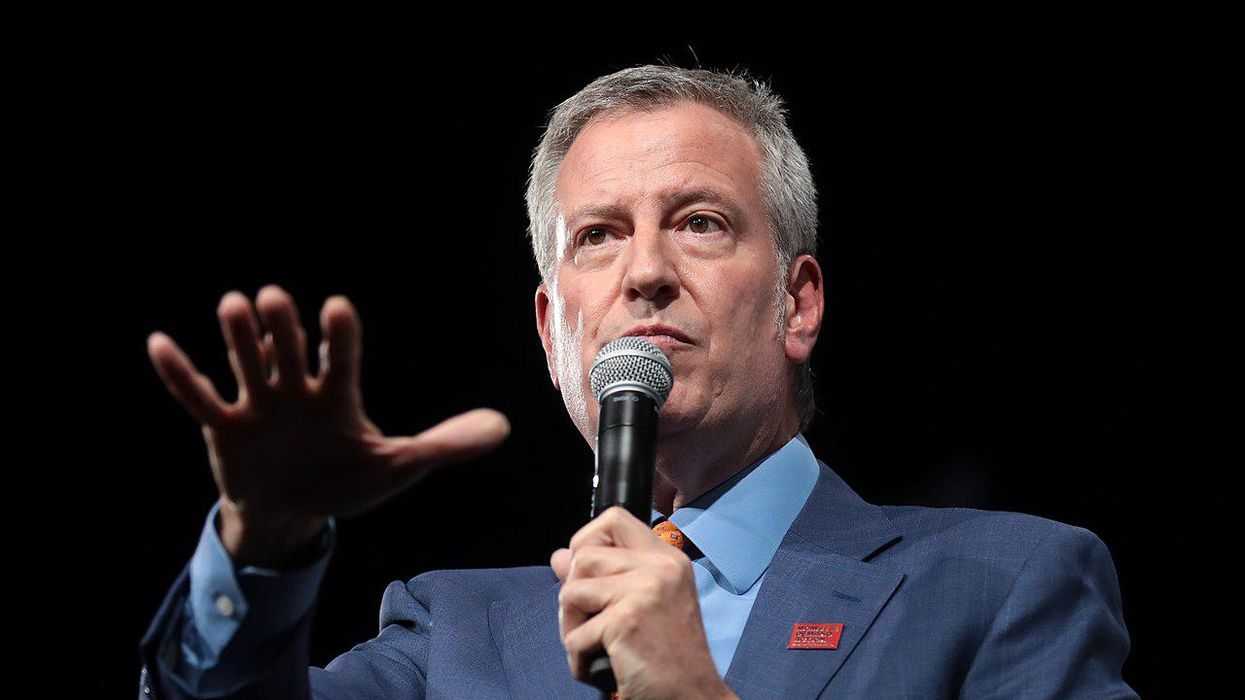 Although Mayor Bill de Blasio and many other New York City Democrats have been outspoken critics of Donald Trump's presidency, the NYC government has continued to carry multiple contracts with the Trump Organization — until now. De Blasio's office, a week after the U.S. Capitol Building was violently attacked by a mob of far-right pro-Trump extremists, has announced that the City of New York is canceling all of its contracts with President Trump's company.

The Trump Organization has had contracts to operate the Central Park Carousel, the Ferry Point Golf Course (which is in the Bronx) and two ice skating rinks in Central Park: the Lasker Rink and the Wollman Rink. But de Blasio's office blames Trump for the violence that occurred in Washington, D.C. on January 6, and in an official statement made on January 13, the New York City mayor said, "The president incited a rebellion against the United States government that killed five people and threatened to derail the constitutional transfer of power. The City of New York will not be associated with those unforgivable acts in any shape, way or form, and we are immediately taking steps to terminate all Trump Organization contracts."

On January 13, de Blasio told MSNBC that he expected some lawsuits from the Trump Organization but believes the City of New York is on "strong legal ground" in light of the violent insurrection that President Trump incited on January 6.

"Inciting an insurrection against the U.S. government clearly constitutes criminal activity," the NYC mayor told MSNBC. "The City of New York will no longer have anything to do with the Trump Organization."

But Amanda Miller, a Trump Organization spokesperson, has vowed to fight the decision "vigorously" in court. The Trump Organization's agreement with the NYC government states that its contracts cannot be canceled for "arbitrary" or "capricious" reasons.

Miller, in an official statement, said, "The City of New York has no legal right to end our contracts, and if they elect to proceed, they will owe the Trump Organization over $30 million. This is nothing more than political discrimination, an attempt to infringe on the First Amendment — and we plan to fight vigorously."

It's impossible to overstate the symbolic power of the cancellation of Trump's contracts to run businesses in NYC P… https://t.co/ipFNqV4fMo
— Mark D. Levine (@Mark D. Levine)1610546583.0

Law & Crime reporter Jerry Lambe quotes NYC Corporation Counsel James E. Johnson as saying, "Mr. Trump's incitement of violence at our Capitol was an abomination. In light of last week's attack on our Capitol and our democracy, we have concluded that it is in the best interests of New Yorkers for the city to commence the process of cancelling these contracts and terminating its business ties with the Trump Organization."