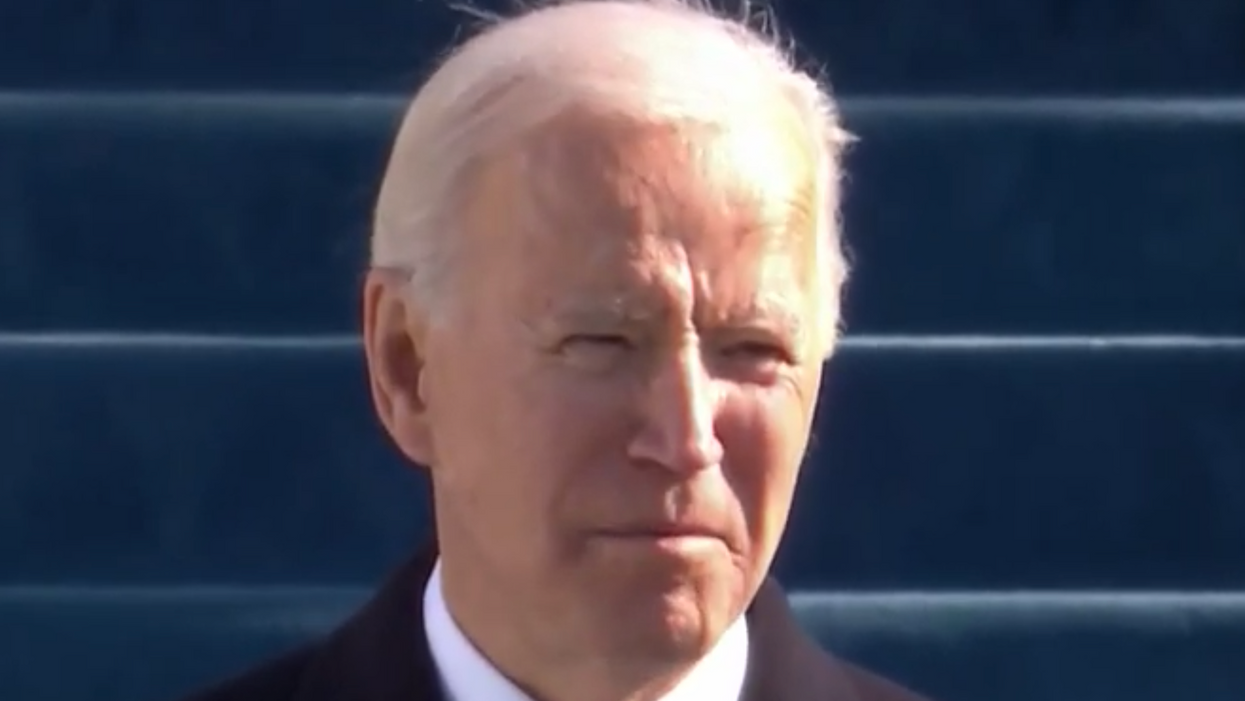 Steny Hoyer was right, and we should thank the House Majority leader for clarifying things. In a stem-winding speech urging the second impeachment of Donald Trump, he said he keeps hearing about "the peaceful transfer of power," but there hasn't been one. Indeed, according to federal prosecutors, the seditionaries who stormed the US Capitol intended to "capture and assassinate" members of the Congress. A self-styled militia conspired days in advance to make "citizen arrests," according to the Post. Some 25,000 National Guard troops were guarding today's swearing-in ceremony.

We should thank Hoyer for not only pointing out the truth, but for making us aware of this moment in our history. "The last time an incoming inauguration of a president was met with this level of violence and real threat to the life and safety of the president and members of Congress," Thomas Balcerski, a presidential historian at Eastern Connecticut State University, told the Connecticut Post, "would have been 1861."

Biden could have chosen a priest to give the inauguration homily. Instead, he chose the most powerful voice of the religious left since Martin Luther King, Jr.'s death.

That's the last time "treason was in the air," said David Holahan. Abraham Lincoln, before he took office, "was not threatening to abolish slavery in states where it already existed," he wrote Tuesday in the Connecticut Mirror. "Indeed, he had proclaimed that it was not in his Constitutional power to do so. No, the rebels simply didn't like the outcome of the 1860 election. They would not abide the will of the American voters."

Given the Civil War-like milieu we're living in right now, I think it's meaningful that the person chosen to give Thursday's inauguration homily is the Rev. Dr. William Barber, senior pastor of the Greenleaf Christian Church in Goldsboro, North Carolina. According to the Times, "the initiatives he has helped to start—the Moral Mondays series of protests and the Martin Luther King Jr.-inspired Poor People's Campaign—have motivated legions across the country to engage in demonstrations and peaceful civil disobedience in support of racial, economic and environmental justice as well as the protection of voting rights, among other issues as much moral as political."

But Barber is meaningful for reasons other than prominence in grassroots politics. For one thing, he was active in 2008 when Barack Obama, the first Black president, could have selected him to do what Joe Biden selected him to do tomorrow. Instead, Obama, because he was the first Black president, went out of his way to seem nonpartisan by selecting Rick Warren to deliver the homily. Warren, as you might already know, is the head of a mostly white evangelical megachurch in California. His politics are Obama's opposite. He's against abortion, same-sex marriage, LGBTQ-friendly laws and policies, etc. By picking Warren, Obama was sending a message: I'm not a scary Black man.

Biden doesn't carry Obama's burden, obviously, but he could have followed suit, choosing, perhaps, a white religious conservative like Rick Warren who openly opposed Donald Trump. Or Biden could have, as a practicing Catholic, chosen a priest, and no one would have batted an eye. Instead, he raised eyebrows by choosing Barber, the most powerful voice of the religious left since Martin Luther King, Jr.'s death, that is to say, the most important activist since the end of America's Second Reconstruction.

That's how Barber sees political history. The First Reconstruction came after the Civil War when white people and Black people came together—in what Barber calls a mass social movement of "fusion politics"—to fulfill partially the first principle of the United States enshrined in the Declaration of Independence in which everyone is created equal. The results included the 13th, 14th and 15th Amendments. Then came the Second Reconstruction during the postwar years when, again, white people and Black people came together to fulfill partially that same promise. The results included the 1964 Civil Rights Act and the 1965 Voting Rights Act. We are now, Barber believes, living in a time of the Third Reconstruction and have been since Obama's election.

That has been hard to see given that Trump's election was a backlash against Obama's. But remember the energies that coalesced in the past six months. The politics of Black Lives Matter, which came to be after Michael Brown was shot to death in 2014, merged with anti-Trump politics. Literally, white people came together with Black people—in other words, their interests fused—to create the biggest coalition in the history of presidential elections to defeat Trump and, consequently, save the American republic.

Will that lead to a Third Reconstruction? Let's just say there's now reason to hope.