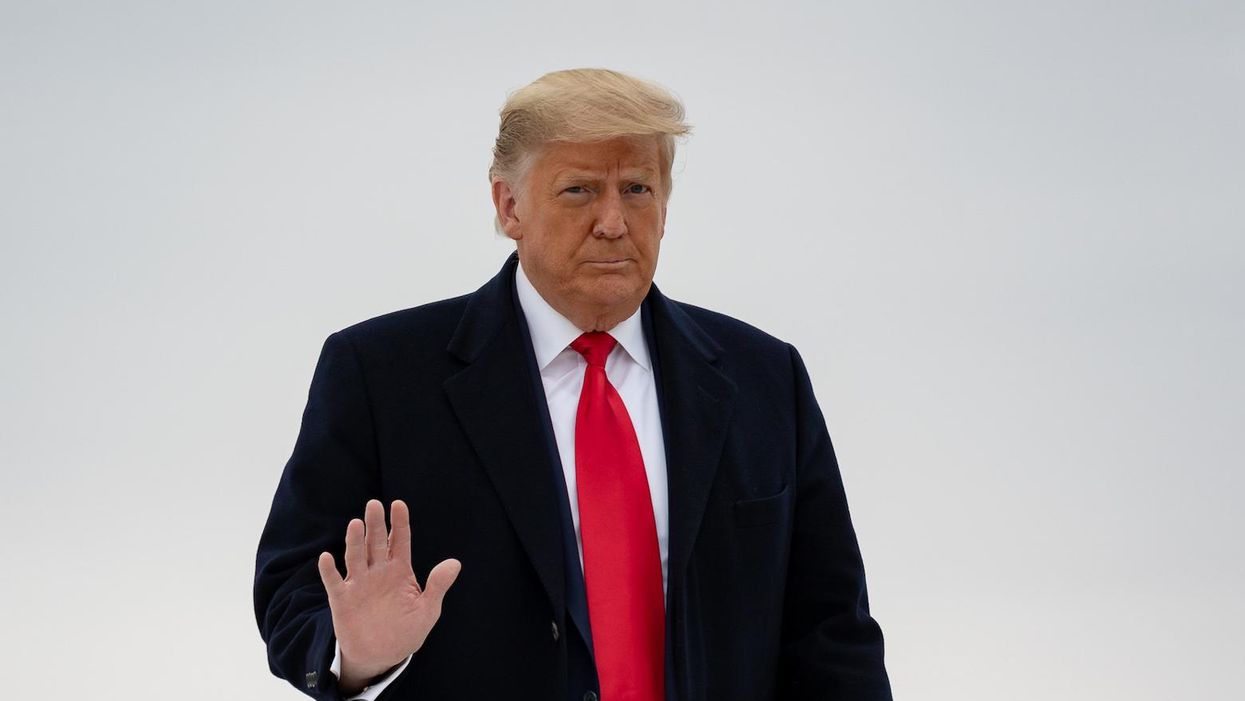 Early Wednesday morning, then-President Donald Trump departed the White House aboard Marine One; hours later, Joe Biden was sworn in as president. Conservative columnist Kevin D. Williamson looks back on Trump's presidency in a humorous yet scathing piece for the National Review, arguing that Trump inflicted considerable damage on the Republican Party during his four years in office.

"Donald Trump is, in fact, the first president since Herbert Hoover to lead his party to losing the presidency, the House and the Senate all in a single term," Williamson explains. "Along with being the first president to be impeached twice and the first game-show host elected to the office, that's Trump's claim to the history books. Well, that and 400,000 dead Americans and the failed coup d'état business."

Williamson not only slams Trump in his column, but also, the Republicans who gave him their unquestioning support for four years.

"While we're at it, maybe turning your party over to Generalissimo Walter Mitty, his hideous scheming spawn, and the studio audience from 'Hee-Haw' was not just absolutely aces as a political strategy," Williamson tells Trump's GOP supporters. "Think on it, Cletus. I know this whole thing still sounds like your idea of a good time — how's that working out for you?"

According to Williamson, it isn't working out well at all.

"On the day Donald Trump was sworn in as president, Republicans controlled not only the White House, but both houses of Congress," Williamson explains. "They were in a historically strong position elsewhere as well, controlling both legislative chambers in 32 states. They pissed that away like they were midnight drunks karaoke-warbling that old Chumbawumba song. In 2021, they control approximately squat. The House is run by Nancy Pelosi. The Senate is run, as a practical matter, by Kamala Harris. And Joe Biden won the presidency."

Williamson goes on to say that Republicans who underestimated Biden's ability to win a presidential election did so at their own peril.

"You Trumpish Republicans sneered that Joe Biden was too corrupt and too senescent to win a presidential campaign, that he was one part mafioso and one part turnip," Williamson writes. "That turnip kicked your dumb asses from Delaware to D.C. So, you rioted. Real smart move, Cletus. Five Americans are dead. Barricades have been erected around the Capitol."

A defense of Trump that his supporters often use in response to Never Trump conservatives is that he made the federal courts a lot more conservative, including the U.S. Supreme Court. But Williamson points out that many conservative judges rejected, in no uncertain terms, the Trump campaign's election lawsuits.

Williamson tells pro-Trump Republicans, "'But the judges!,' you protest. Fair point: Trump's absurd attempts to overturn the election through specious legal challenges were laughed out of court by the very men and women he appointed to the bench. Even his judges think he's a joke."

The National Review writer concludes his not-so-fond farewell with a dose of biting sarcasm.

"And so, goodbye, Donald J. Trump, the man who wanted to be Conrad Hilton but turned out to be Paris Hilton," Williamson writes. "Au revoir, Ivanka and Jared, Uday and Qusay — there's a table for four reserved for you at Dorsia. So long, Melania — it's still not entirely clear what you got out of this, but I hope it was worth it…. Good night, ladies, good night, sweet ladies, good night, good night. I'm sure we'll all meet again. But I'd really rather we didn't."